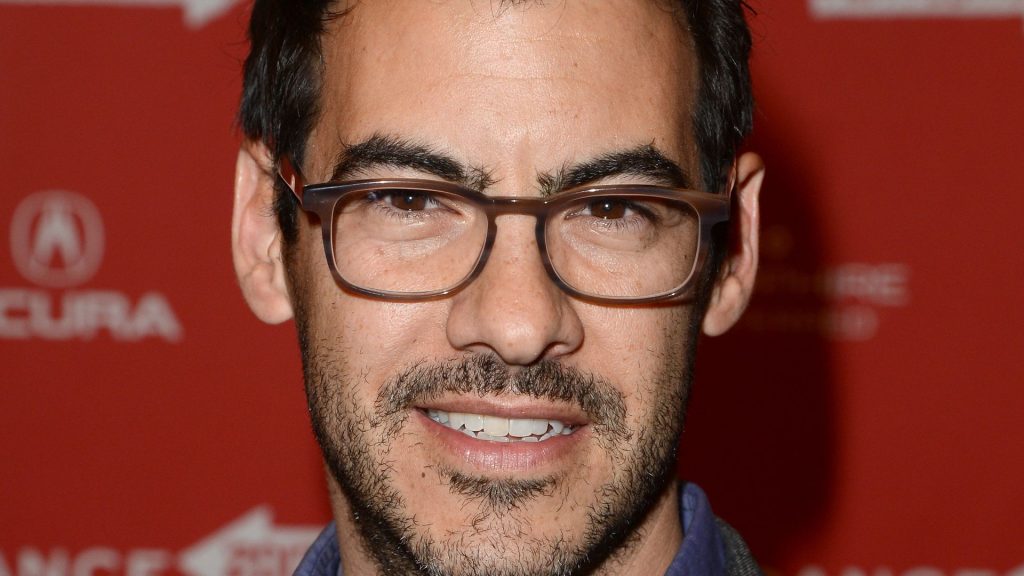 Jacob is an American businessman and film producer, who has worked on a number of successful projects, including “Before Midnight” (2013), and “The Skeleton Twins” (2014), among others, but is perhaps best known to the world as Zooey Deschanel’s ex-husband.

Jacob Pechenik was born on 16 June 1972, in San Antonio, Texas, USA. Unfortunately, there is no information about his family, including his parents’ names and whether he has any siblings or not.

After finishing high school in his hometown, Jacob enrolled at the Massachusetts Institute of Technology (MIT), obtaining a Bachelor of Science degree in Chemical Engineering.

Before venturing into the film industry, Jacob focused on a business career. He launched the start-up TechTrader, which focused on facilitating business-to-business software that would help both public and private trading. He was the company’s CEO for some time, before launching his next project.

Yellow Jacket Software was his next idea, another trading-based software, but this time for help in over-the-counter products trading. After years of success, his company was sold to Intercontinental Exchange. After this, he ventured into the film industry, by starting Venture Film Productions.

Jacob focused on producing indie films, and his next project was the romantic horror-drama film “Kiss of the Damned”, written and directed by Xan Cassavetes, with Josephine de la Baume, Roxane Mesquida, and Milo Ventimiglia in the lead roles.

In 2013, Jacob produced a number of films, including the Academy Award-nominated “Before Midnight”, which concludes the “Before Sunset” trilogy, then the biopic about Steve Jobs, simply entitled “Jobs”, and the multiple award-winning romantic drama film “The Immigrant”, starring Marion Cotillard, Joaquin Phoenix and Jeremy Renner.

Some other films he produced include “The Skeleton Twins”, “Electric Slide” and “Amnesiac”, all in 2014, while in 2015, he produced the film “Rock the Kasbah”.

Since 2016, Jacob has owned and operated an organic farm, Lettuce Grow, on which he grows completely organic food, and sells its products.

As of mid- 2022, Jacob Pechenik’s net worth has been estimated to be over $3 million, earned through his successful involvement in the business and film industries.

Jacob and Zooey met in 2014 while working on the film “Rock the Kasbah”, and started a romantic relationship. They married in June 2015 and had two children, Elsie Otter and Charlie Wolf, born in 2015 and 2017, before separating in September 2019, and officially divorced on 1 June 2020. While married, Zooey converted to Judaism, Jacob’s faith. They agreed about custody, and are raising their children together. Jacob and Zoey remain good friends and maintain the organic farm together.

The popular entrepreneur and film producer has short brown hair and brown eyes. He stands at a height of 5ft 9ins (1.75m), while he weighs approximately 154lbs (70kgs). His vital statistics are 40-28-36.

Zooey Claire Deschanel was born on 17 January 1980, in Los Angeles, California, USA, the daughter of Caleb Deschanel, a cinematographer and director, and his wife, actress Mary Jo Deschanel. She has an older sister, Emily, who is also an actress, best known as Dr. Temperance’ Bones’ Brennan in the TV series “Bones”.

Growing up, her family moved a lot, which Zooey hated very much. She went to a private preparatory school, Crossroads, in Santa Monica, alongside such future stars as Kate Hudson and Jake Gyllenhaal. While in high school, she would perform at various school events, and wanted to pursue a career in musical theatre. She went to the summer camp, French Woods Festival of the Performing Arts, and after high school matriculation, enrolled at Northwestern University. However, but lasted only nine months before dropping out to pursue a career as an actress.

Zooey made her acting debut in 1998 as Elena in one episode of the TV series “Veronica’s Closer”. The following year, she portrayed Nessa Watkins in the comedy-drama film “Mumford”, with Loren Dean, Hope Davis, and Jason Lee in the lead roles.

From the beginning, our goal at Lettuce Grow has been to revolutionize how we look at our food systems. This win as #183…

Since then, Zooey has appeared in more than 60 film and TV titles. Her big breakthrough came in 2008, with the role of Alma Moore in the film “The Happening”, co-starring Mark Wahlberg, then “500 Days of Summer” (2009), in which she co-starred with Joseph Gordon-Levitt. Zooey is also known as Jess Day in the TV romantic-comedy series “New Girl” (2011-2018).

She is now working on several films, including “Dreamin’ Wild” which is a biopic about Donnie and Joe Emerson, and “Harold and the Purple Crayon”.

Before Jacob, Zooey was married to musician Ben Gibbard of Death Cab for Cutie and The Postal Service from 19 September 2009 until 12 December 2012.

She is now in a relationship with Canadian reality TV star Jonathan Scott; they started dating in 2019 after having met on the set of “Carpool Karaoke: The Series”.

As of mid- 2022, Zooey Deschanel’s net worth has been estimated at close to $25 million, earned through her successful career in the entertainment industry, both as an actress and singer.