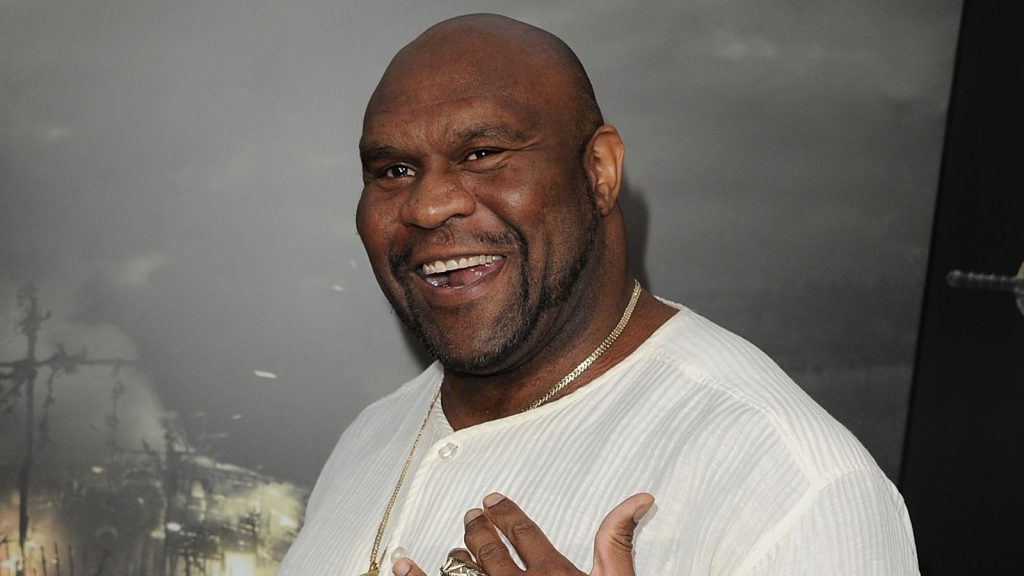 Who is Bob Sapp?

Bob is a well-known fighter in Japan, where he’s appeared in numerous commercials, TV programs, and various other media, and is known as a ‘gaijin tarento’ (foreign-born talent), who has a combined fight record of 24-39-1, mostly fighting in Japan.

Robert Malcolm ‘Bob’ Sapp was born under the zodiac sign of Virgo, on 22 September 1973, in Colorado Springs, Colorado USA, thus he holds American nationality, and his ethnicity is African-American.

He was raised in his hometown by his parents, about whom nothing is known, and since he hasn’t spoken about having any siblings, it’s assumed that he’s an only child. Many of his fans assumed that Warren Sapp, a former American Football defensive tackle who played in the National Football League (NFL), is Bob’s brother, however, the two aren’t related.

Speaking of Bob’s educational background, he attended Mitchell High School where he began playing football, and upon matriculating in 1991, he received a football scholarship and enrolled at the University of Washington, where he played football for the Washington Huskies.

Bob played as a guard for the college team with whom he won the Morris Trophy, awarded annually to the best offensive and defensive linemen in the conference, as selected by opposing players. In the 1997 NFL Draft, Bob was selected by Chicago Bears in the third round.

After being released by the Bears, Bob signed with the Minnesota Vikings, where he spent two seasons, but only played in one game.

In 1998, Bob was suspended by the NFL for alleged steroid abuse, and after that, worked at a funeral home until he decided to pursue a professional wrestling career.

Bob began his wrestling career in early 2001, in the National Wrestling Alliance (NWA) Wildside, in Georgia USA, and he was quickly contracted by World Championship Wrestling (WCW) as a developmental wrestler, so he attended a professional wrestling school, where he started honing his ‘The Beast’ persona.

In 2002, he made his professional wrestling debut for New Japan Pro-Wrestling (NJPW) against Manabu Nakanishi, ultimately winning after executing his finishing move ‘The Beast Bomb’. In the following years, Bob balanced his NJPW appearances with All Japan Pro Wrestling, where he first appeared in Wrestle-1, a Japanese professional wrestling promotion.

In 2008, Bob began to participate in a pro wrestling organization in South Korea, and in the following year, he won the WWA Heavyweight title, defeating Lee Wang-pyo.

In 2012, Bob returned to NJPW, but in 2014 announced his retirement from wrestling.

Concurrently with his wrestling career, in 2002 Bob began his career as an amateur boxer, and in the FX’s show “The Toughman Competition” he defeated William ‘The Refrigerator’ Perry despite his lack of experience in boxing.

After the chairman of the Japanese kickboxing promotion K-1 saw his match with Perry, he invited Bob to come to Japan, to start a career in the ring. Bob trained in kickboxing and mixed martial arts for six months in Team Quest and AMC Pankration gyms in the US, and then he was sent to Pride Fighting Championship company, in Japan, where he continued training in mixed martial arts.

His greatest in-ring success was his match against K-1 legend, Ernesto Hoost, and after he won the match, rumors started about a fight against Mike Tyson.

Back in 2003, it was expected that Mike Tyson, who was considered to be one of the greatest heavyweight boxers of all time, would fight Bob Sapp, who at that time was known as a K-1 fighting phenomenon.

After Bob won a match against Kimo Leopoldo at a K-1 event in Las Vegas, Nevada, Mike Tyson entered the ring and the two exchanged words.

Bob said that he was open to fighting Mike Tyson but only under traditional boxing rules, and K-1 signed Tyson to a contract with the hopes of making a fight happen between the two, however, Tyson’s felony history made it impossible for him to obtain a visa to enter Japan. Although alternative locations were discussed, the fight ultimately failed to happen, and Tyson fought Roy Jones Junior instead.

In an old interview, Mike said: ‘How would they like me to fight Sapp? Can I fight him under the Marquis of Queensbury’s rules? The guy said yes. I said I’ll fight him. It went from him to somebody else to some other guy from MMA then this guy, and next thing you know it came down to Roy Jones Junior.’

In 2020, Mike Tyson hinted at the possibility of a come-back to the ring, and Bob called out to him again, saying that if he would fight him, he will rip Mike’s heart out and tear it to shreds, however, Tyson still didn’t respond to this call out.

Bob has been the subject of various rumors and controversies concerning his love life – in December 2017, it was reported that a woman who claimed to be Bob’s girlfriend accused him of domestic violence. The Japanese newspaper ‘Shukan Bunshun’ published the news, and provided photographs of the alleged injuries suffered by the unknown woman, who claimed that she’d actually been abused by Bob for six years.

The article included Bob’s supposed apology message, however, he hasn’t commented publicly about the accusations, and no civil suit was filed.

Bob is quite secretive when it comes to his personal life, and no information confirms his previous or present relationships.

As of August 2022, it’s assumed that he’s single, hasn’t been married, and doesn’t have children.

According to sources, on average he is paid around $35,000 per fight, so as of August 2022, his net worth has been estimated at over $3 million.