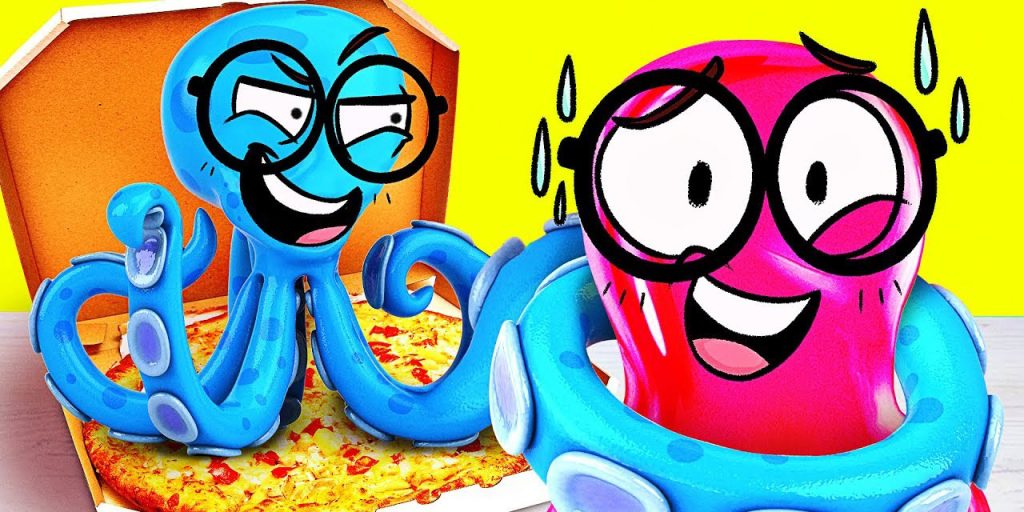 Who is SLICK SLIME SAM?

Super Slick Slime Sam is a popular kid’s YouTube channel, which uploads DIY videos, and unboxes toys. Having gained millions of followers without ever doing a face reveal, the owner behind the channel has become an enigma on the video platform, thanks to their mysterious personality.

Slick Slime Sam, an animated pink rubber toy that wears glasses, has managed to enchant millions of children around the globe, since the YouTube channel was created a few years ago. Along with his friend Sue, Sam does art and design projects, such as making ATMs out of cardboard, or dolls out of clay.

Slick Slime Sam’s channel is also available in other languages; for example, the Spanish version of the YouTube channel has over 15 million subscribers and counting, and the English version almost eight million. Thanks to its entertaining and age-appropriate videos, parents don’t mind the sponsored content, and are happy to let their kids watch. Some recent videos include “Amazing Sneakers Transformation”, and “Cooking Weird Spooky Cake”. The channel also shows kids how to paint in various acrylic techniques, do science experiments at home, and customize and style dolls. In fact, part of the reason why the channel is so popular is because it encourages kids to do arts and crafts, instead of just playing computer games.

The “total transformation” videos are amongst the most popular on the channel, with titles including “How To Make A Barbie Outfit From Hot Glue”, “Perfect DIY Mermaid From Old Doll”, and “Magical Transformation Of An Ordinary Bratz Doll Into An Incredible Maleficent!”.

Although it’s hard to pinpoint exactly who’s behind the Super Slick Slime Sam channel, a voiceover actress named Vanessa Marroquin uploaded a Facebook post on 26th October 2018, in which she announced that the channel had hit one million subscribers, saying: “Slick Slime Sam is celebrating 1 MILLION SUBSCRIBERS today!!! So happy to have been part of this channel for the past year as the voice of Sam and Sue!”.

As of early 2022, Vanessa is still doing voiceover work for the channel, which gained 15 million subscribers since her previous announcement. It’s safe to assume that the actress is being paid handsomely for her work, as she’s an integral part of the Slick Slime Sam family, and every video on the channel can garner tens of thousands of views in mere hours. The real owner behind the popular channel is TheSoul Publishing, one of the largest media publishers in the world. Other channels you may have heard of include Five Minute Crafts, Avocado Couple, La La Life, 7-Second Riddles, and 123 Go. Described as a “viral content farm staffed by freelancers around the globe”, TheSoul reached a billion views across all platforms in early 2021, and shows no signs of stopping.

If we want to dig deeper, a simple internet search is sufficient to discover who owns TheSoul Publishing. The digital media company was founded by Pavel Radaev and Marat Mukhametov, two Russian developers who went from employing 550 employees in 2019 to 2,100 in 2021. Proving themselves to be savvy businessmen, Pavel and Marat found a way to capitalize off “life hacks”, and became the largest company on YouTube and Facebook, overtaking household names such as Sony Pictures Entertainment, the Walt Disney Corporation, and Comcast. Variety magazine confirmed in November 2021 that TheSoul Publishing 5-Minute Crafts Family was the 9th most viewed vertical channel on YouTube, and the highest performing YouTube Short channel, with over 430 million views.

Each channel also has millions of followers on other platforms, including Facebook and TikTok. Victor Potrel, TheSoul’s Vice President of Platform Partnerships, explained that the company wished to focus on “positive, light-hearted entertainment” – namely, interesting video clips that catch users’ attention while scrolling mindlessly through social media. The content has become even more popular during the pandemic, as people search for cheap and easy things to do at home.

Despite boasting partnerships with Mattel and other important companies, TheSoul has also seen its fair share of controversy in the past.

For example, the USA policy blog Lawfare claimed that the company’s Facebook ad purchases and content were at times “overly pro-Russian”, including a video falsely claiming that Ukraine was part of Russia. Mere months later, the Five-Minute Crafts channel also came under fire, for a clip showing viewers how to turn a strawberry white by dipping it in bleach – without mentioning that it would make the fruit dangerous and possibly deadly to eat. The online backlash forced TheSoul to publish a statement, in which the company pointed out that the “historically questionable” videos made up less than .001% of content published in 2019.

However, TheSoul took down the erroneous historical videos – one praising Joseph Stalin, and the other claiming that Nikita Khrushcev gave Alaska to the US as a gift – and decided to cease posting such content. Similarly, the strawberry-bleaching video was also removed. Victor assured concerned members of the public that the incident had been a mistake, adding: “[there were] a couple of inaccuracies in a very tiny number of videos that we corrected, and then took down.”

Pavel and Marat’s intriguing and low-cost business model has helped contribute to their net worths of over eight-figures.

With a remote team brainstorming ideas for each show before passing them on to a quality assurance team and then scriptwriters, TheSoul has low overhead costs, and distributes the same material across various platforms and in different languages, thus ensuring maximum profit. Instead of paying market analysts, TheSoul also relies enormously on (free) audience feedback when it comes to releasing new content, uploading new shows, before deciding whether to invest more money and “grow” the idea. Pavel, who is also the lead developer and CEO of the Russian social media content provider AdMe, has a net worth of approximately $15 million, while his business partner Marat comes in at $10 million. Experts predict that both figures will see a huge boost from 2022 onwards.