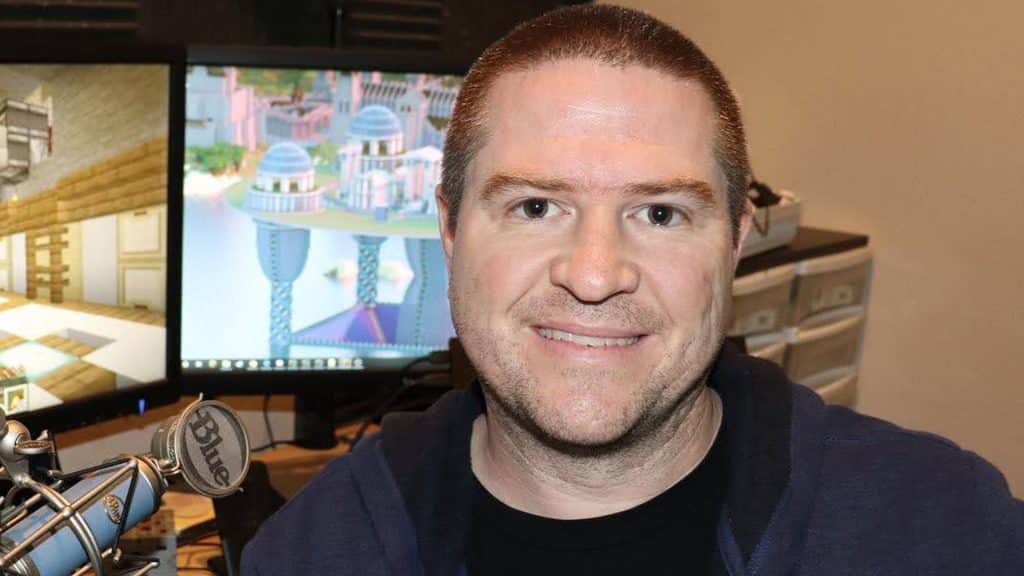 ImpulseSV is an American YouTube star, who gained fame by playing the popular video game Minecraft, and uploading gameplay videos to his YouTube channel. He mainly plays on the Hermitcraft server with other members of the community, and in addition to YouTube, he also runs a Twitch channel.

ImpulseSV was born on 9 March 1981, in Arizona, USA. He hasn’t revealed his real name, but the SV in his online pseudonym are his real name initials. ImpulseSV hasn’t talked much about his family and his childhood, and as a result, there is no information about it, except that he grew up being passionate about video games, mostly retro video games, a love that has endured until the present day. He’s said that he later started playing Minecraft with one of his children, and that he continued to play the game, which has now made him a star.

ImpulseSV hasn’t revealed his educational background, though it’s believed that he’s academically successful, and after completing high school, he obtained a bachelor’s degree in IT.

His love for games hasn’t left him, despite him being in his early 40s at this time. He’s played numerous games throughout his life, from horror to action, mainly focused on survival games, such as with Minecraft, as he is focused on turning Minecraft into an action survival game.

He launched his YouTube channel in 2012, and uploaded his first video, “Minecraft – Futurecraft Let’s Play #1: Let’s get it started!“, which now has over 23,000 views – he played the then-latest snapshots with his friend BlueCheetah04. He has uploaded over 40 Let’s Play videos in the same series, with the last uploaded eight years ago.

Soon after attracting his first views, ImpulseSV started uploading new videos in different series, including Minecraft tutorials, then Naked & Scared which now has 17 seasons, each season having at least ten videos, and Mine Saga, among others.

Don’t think I’ll ever be a facial hair type of guy. I gave it a go at least but I’m over it. Plus, wearing a mask with this scruff sucks! You win @theskizzleman #RIPImpulseBeard pic.twitter.com/mCX0kLnSYE

Fans from all over the world recognized his dedication, and the number of his subscribers increased steadily. He began introducing new content on his channel, playing with other Minecraft enthusiasts from the SMB server.

However, his popularity improved significantly when he joined the Hermitcraft community, and began playing with other Hermits on the server. He joined in season six, and since then has become one of the most praised members of the community.

His popularity grew exponentially – in July 2021, ImpulseSV passed the one million milestone, and is now close to 1.2 million subscribers, with his many videos having more than 180 million views. Some of his most popular videos include “Easy Infinite Village Breeder for Minecraft (Tutorial)“, with 3.2 million views, then “Minecraft- Tutorial: Quick & Easy Item Sorter (With Overflow Protection)“, which has been viewed just over two million times, then “Skyblock in Minecraft 1.15! – Episode #1“, which has around 1.5 million views, and “Hermitcraft 7 | Ep 008: Amazingly Easy Raid Farm!“, viewed more than a million times, in addition to numerous other videos with hundreds of thousands of views that have only increased his popularity.

In addition to his main Minecraft channel, ImpulseSV has three other YouTube channels. His second most popular, Imp and Skizz, is a collaboration with his friend who goes by the name Skizzleman. The two have uploaded Minecraft gameplay videos, but have also launched the Imp&Skizz Podcast, in which they talk on various topics, such as content creation and parenting, and answered some of the most common questions from the public. They’ve amassed over 100,000 subscribers since launching the channel in 2019, and have more than eight million views.

To speak further of ImpulseSV’s achievements, he has the channel ImpulseSV Clips, with over 15,000 subscribers, on which he uploads short and humourous videos. He’s also launched his second ImpulseSV 2, YouTube channel, and so far has around 90,000 subscribers and more than 17 million views. He mainly uploads videos of his live streams and other games that he plays, such as “Among Us” and “Phasmophobia”, among others.

ImpulseSV is a popular Twitch streamer as well. Having launched his Twitch channel in 2013, he’s since amassed over 285,000 followers. Moreover, he has numerous subscribers who pay a certain amount for exclusive content. In addition to “Minecraft”, he’s streamed gameplays of other games, including “Phasmophobia”, “Among Us”, “Rocket League”, Forewarned”, and others.

In early October 2022, ImpulseSV streamed his tenth anniversary celebration video on YouTube, talking about his wife and his life on the whole. He thanked his fans for their support, and said that he’s proud of himself and them as well, for making an impact on the gaming world.

According to sources, ImpulseSV’s net worth is estimated at $235,000 as of late 2022, which he’s earned through his successful career on YouTube.

Posted by Impulsesv on Wednesday, February 16, 2022

ImpulseSV is very secretive about his personal life. Although he makes videos all the time, he rarely mentions his family on the whole. At first, he didn’t reveal his face until some time into his career. However, it’s known that he’s married and that he has three children, including a son who is turning 18 years old this year.

He has been involved in several charities, including No Kid Hungry. He has launched several fundraising streams for numerous causes since attaining world fame, which have also only further benefited his career. He also did the ALS bucket challenge with his friend and YouTuber Tango.

ImpulseSV has brown hair and brown eyes. He is 5ft 9ins (1.75m) tall, while his weight and other vital statistics are unknown, though he’s struggled with a few extra pounds for the better part of his life.