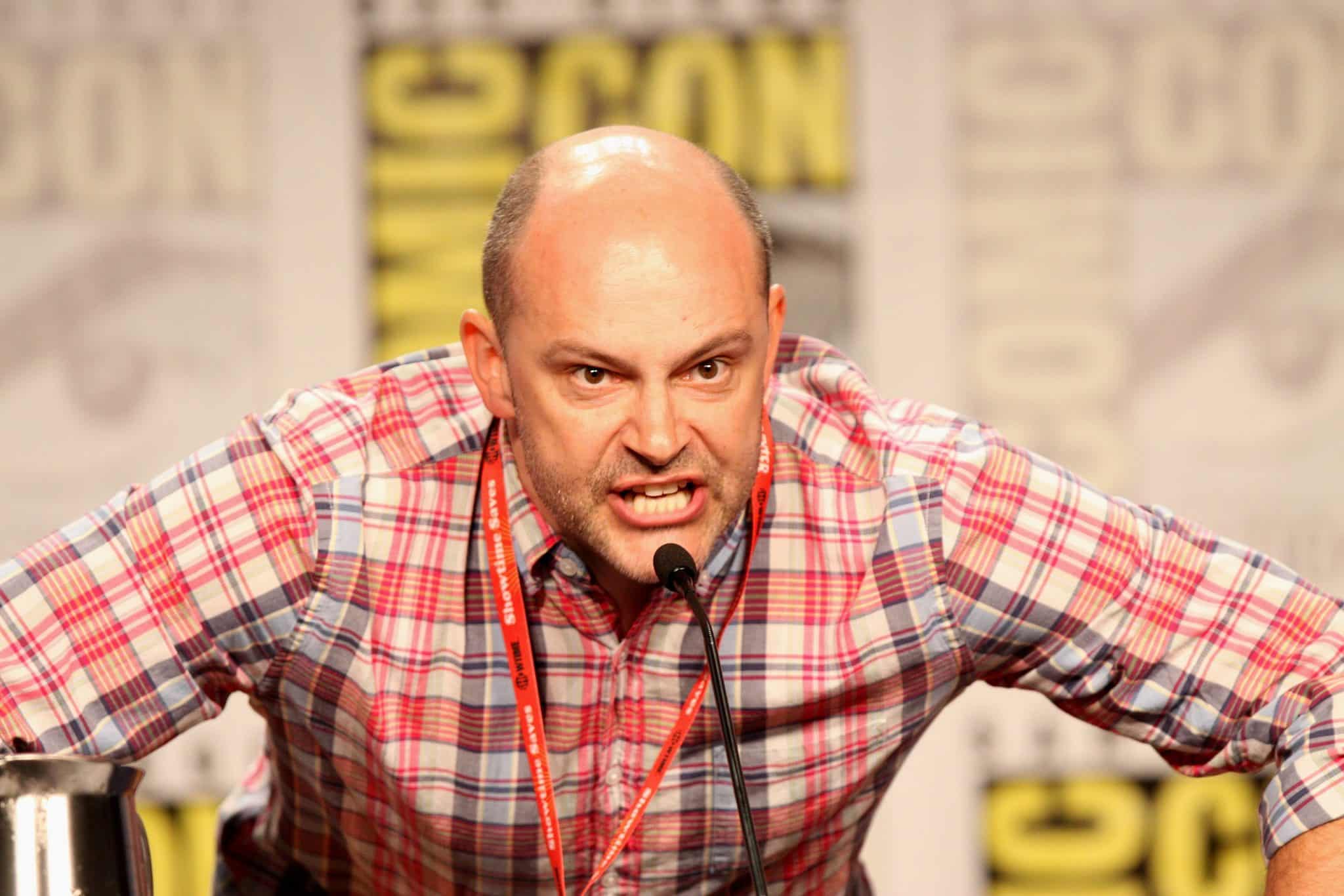 Who is Rob Corddry? Net Worth, Wife, Height, Family, Children

American actor, comedian, film writer and producer Robert William ‘Rob’ Corddry was born in Weymouth, Massachusetts USA, on 4 February 1971, under the zodiac sign of Aquarius. He’s appeared in more than 110 movies and TV series, and is probably best known for his portrayal of M in the 2013 romantic horror comedy movie “Warm Bodies”, written and directed by Jonathan Levine, and which starred Nicholas Hoult, Teresa Palmer and John Malkovich. It follows a zombie who’s saved a girl from an attack, and has now fallen in love with her; the movie won two of its 12 award nominations.

Steven Corddry and his wife Robin (nee Sullivan) raised their son Rob in Weymouth, alongside his younger brother Nate Corddry, who’s today also an actor and comedian – both brothers were Eagle Scouts while growing up. Steven worked as an official at Massachusetts Port Authority, while Robin was a housewife.

Rob studied at Weymouth North High School, and was mostly into playing sports during his four years there; he was on his school’s soccer team, and also played football and basketball. Upon matriculating in 1989, Rob enrolled at the University of Massachusetts, Amherst, graduating with a Bachelor’s degree in English in 1993; it was during his time at college that he fell in love with acting, and appeared in numerous plays performed there, such as “Romeo and Juliet”, “Cat on a Hot Tin Roof”, and “Ten Little Indians”.

Rob moved to New York City in January 1994, wanting to pursue acting; while steadily gaining recognition, he worked at The Metropolitan Museum as a security guard to financially support himself, and he also spent time working in a Mexican restaurant, handing menus to customers.

Rob’s debut TV series appearance was in the 1995 comedy “Naked Babies”, and his following role came in 1998, when cast to play various characters in six episodes of the comedy “Upright Citizens Brigade”, created by Matt Besser, Amy Poehler and Ian Roberts, who also starred in it; it follows the lives of four specials agents as they’re wreaking havoc around the universe.

Rob went on to play Moses Taylor in the 2005 episodes “Burning Love” and “The Immaculate Election” of the critically acclaimed comedy “Arrested Development”, and the following a couple of years saw him play and voice characters in an episode or two of the comedy mini-series “Gemberling”, the comedy “Curb Your Enthusiasm” and the animated comedy “O’Grady” (voice role).

In 2007, he portrayed Glen Abbott in the comedy “The Winner”, created by Ricky Blitt, and in which starred Erinn Hayes and Keir Gilchrist. It follows a successful man as he’s reflecting to the time when he lived with his parents; the series was nominated for two awards. The remainder of the 2000s saw Rob appear in an episode of the science fiction comedy “Fat Guy Stuck in Internet”, the romantic comedy “Wainy Days”, and the mystery crime drama “Law & Order”.

Interrupting your news feed to let you know that THE UNICORN premieres tonight on CBS at 8:30.

I’m going to live-tweet the pacific time broadcast with my 13yo daughter Sloane. pic.twitter.com/INUjzaTLQS

Three of Rob’s most recent TV series roles have been in 11 episodes of the sports reality show “Top Gear America” since 2021, and  in 2022 the episode “Trucks” of the historical news comedy “Last Week Tonight with John Oliver”, and the episode “Don’t You Go Far” of the comedy drama “Physical”,

Rob’s debut film appearance was in the 2000 drama “Catalina Trust”, while a couple of his following roles were in the 2000 short comedy “Picasso by Proxy”, the 2003 comedy “Old School” and the 2004 comedy “Blackballed: The Bobby Dukes Story”.

The year 2006 saw Rob play Gun Salesman in the romantic comedy “Failure to Launch”, directed by Tom Dey, and which starred Matthew McConaughey, Sarah Jessica Parker and Kathy Bates. It follows a man who’s in his 30s and is still living with his parents, while they’ve now hired an interventionist to help him move out; the film was nominated for five awards. Rob appeared in a couple of popular films in the remainder of the 2000s, such as the 2007 romantic comedy “The Ten”, the 2007 comedy “I Now Pronounce You Chuck & Larry”, and the 2009 sports comedy “The Winning Season”.

In 2013, Rob was cast to portray John Mese in the action crime comedy “Pain & Gain”, directed by Michael Bay, and which starred Dwayne ‘The Rock’ Johnson, Mark Wahlberg and Anthony Mackie. It follows three bodybuilders from Florida who’ve been involved in a kidnapping scheme, and the movie was nominated for four awards.

He’s also known for his portrayal of Quincy in the 2017 comedy drama “How to Be a Latin Lover”, directed by Ken Marino, and which starred Eugenia Derbez, Salma Hayek and Raphael Alejandro. It follows a man whose wife has left him after 25 years of marriage; the movie won two of its four award nominations.

Rob’s three most recent film roles have been in the 2019 comedy drama “Benjamin”, and in 2020 the romantic comedy drama “Bad Therapy” and the musical drama “Guided by Voices: My Valuable Hunting Knife”; he’s currently shooting for the upcoming movies “The Donor Party” and “The Senior”.

Rob received special thanks for the 2015 romantic comedy movie “The Meddler”.

Rob’s made a guest appearance in the talk-shows “Life is Short with Justin Long”, “Armchair Expert with Dax Shepard”, and “The Talk”, amongst others.

Rob’s won five of his 12 award nominations. He and his colleagues won two Primetime Emmys for Outstanding Special Class – Short-Format Live-Action Entertainment Programs in 2012 and 2013, as well as a 2016 Emmy for Outstanding Short Form Comedy or Drama Series, all for their series “Childrens Hospital”.

Rob also won a 2009 Webby Award for Video – Comedy: Longform, and a 2016 Primetime Emmy for Outstanding Actor in a Short Form Comedy or Drama Series, both for “Childrens Hospital”.

Rob hasn’t shared a lot about his love life with his fans, but it’s still known that he’s today a married man. He exchanged vows with non-celebrity American Sandra Beth Leftowits in 2002, but the ceremony was private, and not many details about it are known, including its exact date. Sandra gave birth to their daughter Sloane Sullivan Corddry on 3 July 2006, and their second daughter Marlo Stevenson Corddry followed on 12 November 2008.

Rob hasn’t mentioned any women whom he perhaps dated prior to meeting Sandra,; he’s married to Sandra Beth Leftowits as of September 2022, and has two daughters with her.

Rob spent some time honing his acting skills at the Upright Citizens Brigade.

He became a member of Theta Chi fraternity while attending the University of Massachusetts.

He enjoys running his Instagram account, onto which he’s posted nearly 350 pictures and videos, and which is currently followed by over 110,000 people.

Rob likes to travel, whether for work or pleasure, and enjoys vacationing in Italy and France the most.

He’s a huge fan of fast cars, and an interview with him was featured in an issue of the magazine “Top Gear America”.

Rob’s favorite actors are Tom Hanks and Bruce Willis, and some of his favorite movies include “Cast Away”, “Greyhound”, and “Big”.

Rob’s net worth’s been estimated at over $10 million as of September 2022.