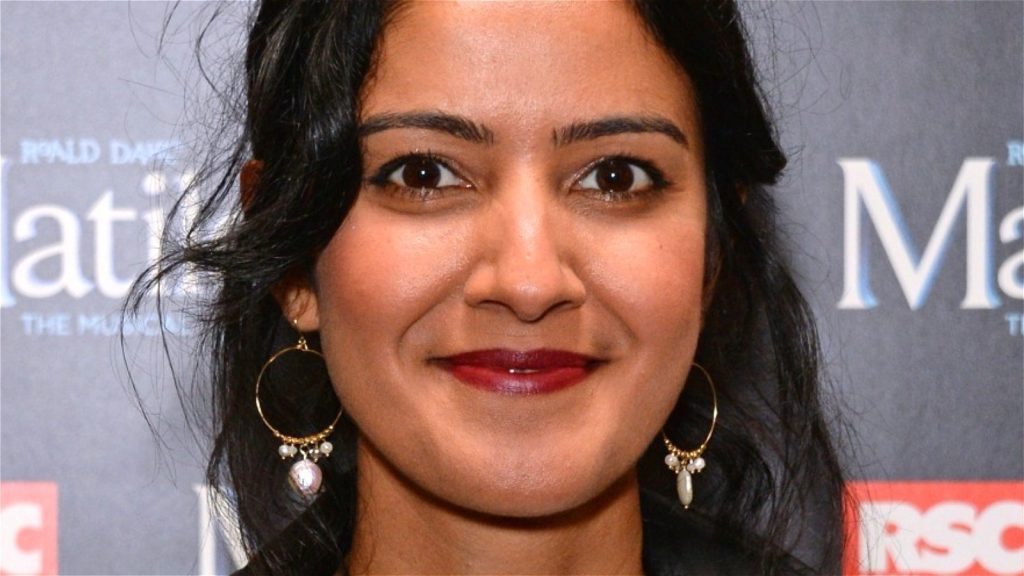 Who is Rakhee Thakrar? Age, Height, Husband, Net Worth, Child

Rakhee was born in Leicester, England, on 29 February 1984 – her zodiac sign’s Pisces, she holds British nationality, and is of Indian descent. She’s an actress with more than 30 acting credits to her name, perhaps known best for her portrayal of Emily Sands in the hit comedy series “Sex Education”, created by Laurie Nunn, and which stars Asa Butterfield, Gillian Anderson and Nscuti Gatwa. It follows a teenage boy whose mother’s a sex therapist, while the two have now set up an underground sex therapy clinic at his high school; the series has been airing since 2019 (Rakhee left the cast in 2021) and has won 17 awards, including a 2021 BAFTA TV Award for Female Performance in a Comedy Programme (Aimee Lou Wood), while it’s been nominated for 58 other awards.

Rakhee was raised in Leicester alongside her younger brothers Shivam and Anuj, by their Indian parents who moved to England not long before Rakhee was born; little is known about her family, as she respects their privacy.

She studied at Taylor Road Primary School, and became interested in acting while attending Soar Valley College (high school), appearing in various plays performed at the school, as well as in a couple performed at a community theatre; Rakhee practiced her skills at the theatre club Hathi Productions. She was also into a couple of other activities during her teenage years, including playing sports with her peers, and dancing.

Upon matriculating in 2002, she chose not to pursue a college degree, but to focus on acting.

Rakhee launched her career by lending her voice to Roopa Chauhan in the radio drama “Silver Street” in 2004, and held the role until the series ended in 2010.

She made her debut TV series appearance in the 2007 episode “Losing It All” of the drama “Doctors”, and the year 2010 saw her appear in the same series’ episode “Pound of Flesh”. In 2011, Rakhee played Sarita Dubashi in the episode “Anger Management” of the popular drama “Holby City”, which today stars Hugh Quarshie, Rosie Marcel and Jaye Jacobs, and follows the lives of doctors and patients of Holby City General Hospital; the series has been airing since 1999, and has won four of the 23 awards for which it’s been nominated.

The following years saw Rakhee appear in an episode or two of various series, such as the mystery crime drama “DCI Banks”, the drama “The Jury”, and the comedy “Peep Show”.

In 2013 she played Simran, one of the lead characters in 112 episodes of the drama “Cloud 9”, but which actually failed to attract much attention, and the following year heard her voice the main character Jazmin in all the 13 episodes of the animated science fiction “Invizimals”.

Between 2014 and 2016, Rakhee starred as Shabnam Masood in 167 episodes of the romantic crime drama “EastEnders”, created by Tony Holland and Julia Smith, and which today stars Adam Woodyatt and Steve McFadden. It follows several people who are living on Albert Square, London, England, the series has been airing since 1985, and has won 196 awards, including seven BAFTAs, while it’s been nominated for 292 other awards.

Rakhee made her debut film appearance in the 2006 drama “Banglatown Banquet”, and a couple of her following roles were in the 2006 short drama “Tourettes Haiku”, the 2007 short drama “Circle”, and the 2011 mystery thriller drama “Page Eight”.

The year 2013 saw her play Tannishta in the musical “Bollywood Carmen”, written and directed by Indra Bhose, and which starred Preeya Kalidas, Abhay Deol and Stephen Rahman Hughes. The movie combines the classic opera “Carmen” with Bollywood films, and was nominated for five awards, including a BAFTA TV Award for Best Sport and Live Event.

In 2016, Rakhee played Neha in the drama “Those Four Walls”, and the year 2018 saw her star as Rosie in the short comedy “Love, Sex and Side Effects”.

Her most recent film role has been her portrayal of Jade in the comedy drama “Running Naked”, written and directed by Victor Buhler, and which starred Tamzin Merchant, Andrew Gower and Matthew McNulty. It follows the friendship of cancer survivors Mark and Ben, and the movie was nominated for a Beijing International Film Festival Tiantian Award for Best Film.

This is an ordeal I don't talk about a lot, but really wanted to after watching @RakheeThakrar and @BattRatters in #RulesOfTheGame

Rules of the Game showed me I was let down when I was sexually harassed @MPeakeOfficial https://t.co/qLG9EjcJOu via @MetroUK

Rakhee was featured in the 2011 short documentary video “The Jury: The Jurors” and the 2020 episode “Martin and Kush” of the documentary series “EastEnders: Secrets from the Square”.

She made a guest appearance in a 2022 episode of the talk-show “The One Show”.

Even though Rakhee prefers to keep the details of her love life to herself, it’s still widely known that she’s today a married woman. She exchanged vows with British actor of Indian descent Vikash Bhai on 2 September 2017, in a large ceremony attended by many of their friends and family members; Vikash has appeared in close to 20 movies and TV series, and is perhaps known best for his portrayal of one of the main characters Farhad, in the 2020 movie “Limbo”.

The two don’t have children together, and while this is believed to be because they both want to focus on their acting careers, some of Rakhee’s fans believe that perhaps one of the two is infertile.

She hasn’t mentioned any other men whom she’s perhaps been with, so as of August 2022, Rakhee’s married to Vikash Bhai, and doesn’t have children.

Rakhee prefers to stay away from social media, but has allowed for her Instagram fan page to be launched; it’s today followed by close to 2,000 people, but numbers only 15 pictures uploaded onto it, most of which feature her during her everyday life.

She’s into travelling, and her acting career’s already taken her to a couple of US states and European countries, while Rakhee travels back home to India at least once a year.

She’s interested in journalism, and was in 2004 chosen to participate in the Leicester Mercury’s Pathfinder scheme, together with 19 other people.

Rakhee has her own favorite actors and actresses, some of whom are Leonardo DiCaprio, Natalie Portman and Meryl Streep, while some of her favorite movies are “Titanic”, “Inception” and “Shutter Island”.