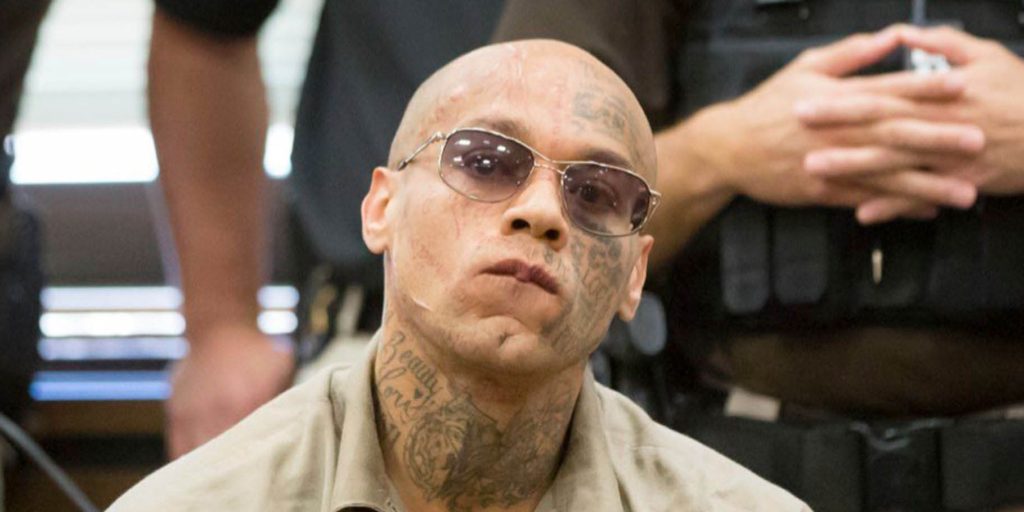 Who is Nikko Jenkins? Family, As a Kid, Wife, Sister, Net Worth

Nikko Jenkins is an ill-famed American spree killer, who was convicted of brutally killing four people in Omaha, Nebraska in 2013. The murders occurred a few weeks after he was released from state prison after serving a 10 and a half years sentence for multiple car-jacking offences.

Nikko Allen Jenkins hails from Colorado, USA, and was born under the Virgo zodiac sign on 16 September 1986, which makes him 35 years old as of mid-2022. His parents are David A. Magee and Lori Jenkins, who raised him together with five siblings – three of his sisters are Lori Sayles, Melonie and Erica.

Jenkins was exposed to criminal activities by his mother and father; the latter, who passed away in 2009, had been indicted for a number of crimes, including terroristic threats while his mother Lori had been convicted for illegal possession of ammunition in 2013.

Nikko attended Highland Elementary School, where he was detained for taking a loaded handgun to the school, when he was seven years old. In 1997, Jenkins was sent away from a group home for being repeatedly violent, and by the time he was 13, he had committed several crimes including a knife assault. When he was 17, he was arrested for armed car-jacking and was imprisoned for 21 years. While serving time, he was charged with participating in a prison riot in 2006, and also for assaulting a guard.

Three of Jenkins’ sisters are also convicted felons – Melonie was incarcerated for being a terrorism threat, Erica is serving a life imprisonment at Nebraska Center for Women for murder, while Sayles was indicted for being an accomplice in her sister’s murder case.

Jenkins’ uncle Warren Levering, was previously released from jail in Oklahoma, having also served time in a Nebraska-based prison, and was also charged as an accomplice in one of Nikko’s murder cases.

Nikko hails from a family of convicted felons, although his great-grandfather, Levi Levering, was one of the most respected and influential tribal leaders in Omaha, Nebraska.

On 11 August 2013, a law enforcement officer found two bodies in a pick-up truck that was parked near a swimming pool in Spring Lake Park. The victims were Jorge C. Cajiga-Ruiz and Juan Uribe-Pena and they had been shot in the head at close range. Jenkins, who had perpetrated the crime, had been released from prison two weeks earlier. On 19 August 2013, the body of the third victim, Curtis Bradford, was discovered near a detached garage, with two bullet wounds in the back. Later, it was revealed that Nikko and Bradford had posed for a Facebook photo together just a day before he killed him.

Jenkins’ fourth victim’s body, that of Andrea Kruger, was discovered three days after Curtis was found. Andrea was returning to his house after his bartending work, when Jenkins attacked and shot him multiple times.

Jenkins was apprehended on 30 August 2013 on an unconnected terrorist threats charge. Nonetheless, evidence against him mounted as detectives found multiple surveillance footages linking him directly to some of the murders. On 3 September, he confessed to the four killings, which saw him charged with four first-degree counts of murder. He confessed that he was obligated to do whatever he could, including using ‘animalistic savage brutality, ‘to protect Apophis’ kingdom.

He blamed the correctional facility officials for the murders, arguing that they had put him in solitary confinement, and ignored his claims of hearing Apophis’ voices which had aggravated his schizophrenia. In addition, he filed a lawsuit demanding a compensation of $24.5 million from Nebraska State for releasing him wrongfully from prison.

Jenkins claimed that he had post-traumatic stress disorder (PTSD), obsessive-compulsive disorder, and bipolar disorder but after the jury ordered a medical evaluation, the government psychiatrist concluded that despite having anti-social personality disorder, Jenkins was faking all other psychotic symptoms. He was later declared competent to stand trial, and was found guilty of murder and illegal weapon possession in May 2017. A three-judge panel sentenced him to death, and also to 450 years in a maximum security correctional institution.

Nikko is serving time at Nebraska Correctional facility awaiting his execution. His lawyer, a Public Defender from Douglas County, has argued that he is too mentally ill to be executed, pointing to a Nebraska law which states that ‘If a defendant is sentenced to death and, after judgment, but before execution of the sentence, such person becomes mentally incompetent, execution of the sentence shall be stayed until such disability is removed.’ State psychologists have recommended that Jenkins should be medicated forcibly to treat his mental illness; the day of his execution remains undetermined as of now.

Nikko exchanged vows with Chalonda Jenkins at Tecumseh State Prison in early 2010. It’s believed that the duo had only met for eight weeks outside prison, and they haven’t welcomed a child together.

The duo seemingly share a lot in common – Chalonda is a lover of facial tattoos, and has also been incarcerated at Nebraska Women’s Correctional Facility. She was previously arrested in 2020 for having brass knuckles – deemed a weapon in Nebraska – and was imprisoned for 12 months. The duo ended their marriage after Chalonda had a child outside wedlock. She has maintained a low profile since she was recently released from prison.

Jenkins is a devoted worshiper of Apophis (also called Apep), an ancient Egyptian god and demon of chaos, who is portrayed in the form of a serpent.

He testified in court that he had perpetrated the four murders in service of the god, adding that Apophis needed blood sacrifice and he was obliged to serve him. In 2015, he attempted to carve the numbers ‘666’ and the word ‘Satan’ onto his forehead while he was in jail – he also split his tongue into a snake-like shape, claiming that he was following instructions given to him by the snake demon.

Jenkins weighs approximately 158lbs (72kg) and is 5ft 8ins (1.73m) tall. He is bald and has brown eyes. He has many odd facial tattoos, of which no one except him understands their meaning – he claims that they are written in the language of Apophis.

Jenkins made his net worth from his criminal endeavors. According to sources, he’s worth approximately $250,000 as of 2022.