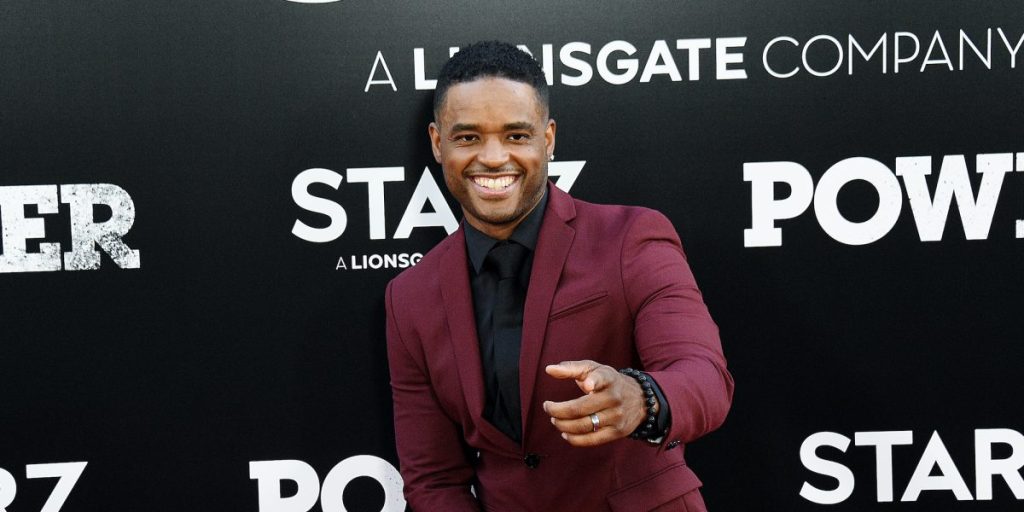 Who is Lahmard Tate? Wife, Net Worth, Height, Age, Biography

Lahmard J. Tate was born in Chicago, Illinois USA, on 7 January 1970 – his zodiac sign is Capricorn, and he holds American nationality. He’s an actor, film scriptwriter and producer, who has appeared in close to 50 movies and TV series, while he’s perhaps still known best for his portrayal of Billy in the 2002 comedy movie “Barbershop”. It was directed by Tim Story, starred Ice Cube, Cedric the Entertainer and Eve, and follows the people working at a South Side Chicago barbershop; the movie won one of the 18 awards for which it was nominated.

Lahmard was raised in Chicago alongside his brothers Larron and Larenz who are today also popular actors, by their parents Larry and Peggy Tate; nothing is known about Larry and Peggy, as the boys respect their privacy. When Lahmard was nine, the family moved to California.

The three boys together practiced acting at the Inner City Cultural Center, but didn’t take it seriously until their classmate Malcolm-Jamal Warner was cast to appear in the hit comedy series “The Cosby Show”. Lahmard studied at Palmdale High School, and was physically highly active during his four years there, excelling in football and basketball.

He launched his acting career in 1987, with his portrayal of Kid in Crowd in the episode “A Pound of Flesh” of the mystery crime series “Hill Street Blues”, and after Lahmard matriculated in the following year, he chose not to pursue a college degree, but to focus on acting.

Lahmard made his debut film appearance in 1987, with his portrayal of Black Kid in the romantic comedy drama “Barfly”, directed by Barbet Schroeder, and which starred Mickey Rourke, Faye Dunaway and Alice Krige.

Based on the life of Charles Bukowski, the movie follows people living in ‘60s, ‘70s and ‘80s Hollywood, and was nominated for five awards.

A couple of Lahmard’s following roles were in 1990 in the sports drama “Across the Tracks”, and action crime drama “Night of the Cyclone”, and the 1991 crime drama “Seeds of Tragedy”. In 1995, he portrayed Gene McKinney in the drama “Panther”, directed by Mario Van Peebles, and which starred Kadeem Hardison, Bokeem Woodbine and Joe Don Baker. It follows the political organization The Black Panther Party of Self-Defense, which was founded in October 1966 by college students Huey P. Newton and Bobby Seale, and the film won two of the four awards for which it was nominated.

Lahmard had a couple of other notable roles in the ‘90s, in movies such as the 1996 action thriller “Don’t Look Back”, the 1997 biographical sports drama “Don King: Only in America” and the 1999 comedy “Breakfast of Champions”.

In 2002, he portrayed Leon in the science fiction horror “Sabretooth”, and the year 2005 saw him play Jamal in the action crime drama “Back in the Day”. Some of Lahmard’s other film roles in the 2000s were in the 2005 short comedy “My Name Is…”, the critically acclaimed 2006 action sports drama “Rocky Balboa”, and the 2009 musical crime comedy “The Janky Promoters”.

He then took a six-year break from acting and returned in 2015 when cast to play Dexter in the war comedy “Civilian Life”. Lahmard has since appeared in only a single movie: the 2019 comedy “Back to the Goode Life”, which follows the New York City banker Francesca Goode, who has gone from being wealthy to being broke, because the police have frozen all her assets.

In 1991, Lahmard played Rene in the episode “Courting Disaster” of the romantic drama “Equal Justice”, and then Icepick in the 1992 episode “Roc Works for Joey” of the comedy drama “Roc”. He appeared in an episode of a couple of other series in the remainder of the ‘90s, with two of the most popular amongst these having been the comedy “The Fresh Prince of Bel-Air” and the action adventure “Street Justice”.

In 2000 and 2001, Lahmard played Jerome in nine episodes of the family comedy drama “Moesha”, created by Sara Finney-Johnson and Vida Spears, and which starred Brandy Norwood, William Allen Young and Marcus T. Paulk. It follows a teenager and her dysfunctional family, and the series won three of the 32 awards for which it was nominated.

Lahmard then made a guest appearance in an episode of both the mystery crime drama “NYPD Blue” and the crime drama “The Guardian”, and in 2004 he played his first lead character, Lil’ Bit, in the musical comedy “Method & Red”. He appeared in only one other series in the 2000s: the 2005 episode “Pulse” of the action science fiction drama “Threshold”.

Lahmard’s following role came in 2018, when he played Duane Keith David in the biographical crime drama “Unsolved: The Murders of Tupac and the Notorious B.I.G.”, and most recently, in 2021 and ‘22, he portrayed Kamaal Tate in the popular crime drama “Power Book II: Ghost”. It was created by Courtney A. Kemp, starred Michael Rainey Jr., Shane Johnson and Gianni Paolo, and follows the lives of a couple of characters from its prequel “Power”; the series won five of the 10 awards for which it was nominated.

He has two writing, four producing and one directing credit. Lahmard wrote and produced the 2004 comedy movie “Tha’ Crib”, which received mostly negative reviews, and the following year saw him write, produce and direct the comedy film “The Hot Spot”. He also produced the 2019 comedy movie “Back to the Goode Life”, and 16 episodes of the short series “Bronzeville” between 2017 and 2021.

Lahmard has made a guest appearance in three talk-shows: “The D. L. Hughley Show”, “Power Confidential” and “WGN Morning News”.

He and his colleagues were nominated for a 1996 Awards Circuit Community Award for Best Cast Ensemble, for their performance in the movie “Don’t Be a Menace to South Central While Drinking Your Juice in the Hood”.

Lahmard is highly secretive when it comes to sharing the details of his love, and hasn’t spoken of any women whom he has perhaps been with, although it’s widely known that he has two children.

His daughter is Aujahlae Larai, an American dancer and singer, and Lahmard often shares pictures of her on his Instagram account, and writes about how proud he is of her. Neither of them has revealed the identity of Aujahlae’s mother, so some of Lahmard’s fans believe that Aujahlae was perhaps adopted.

He has a son, who can also be seen featured in a couple of Lahmard’s Instagram pictures, but nothing about the boy is known.

As of February 2022, he appears to be single and hasn’t married, but has two children.

Lahmard loves to travel, and has been all around the US to shoot for his movies and TV series, while he has also travelled to several European countries; his dream travel destination is Las Vegas, Nevada.

He’s a huge lover of animals, with his favorites being dogs and hamsters.

Lahmard is physically quite active, and has four to five training sessions at the gym every week, thus his muscular body.

He’s interested in politics, and voted in the 2020 presidential election; widely believed for Joe Biden.

He has his own favorite actors and actresses, some of whom are Will Smith, Robert De Niro and Natalie Portman, while a couple of his favorite movies include “Independence Day”, the trilogy “The Godfather” and “V for Vendetta”.

As of February 2022, his net worth has been estimated at more than $2 million.