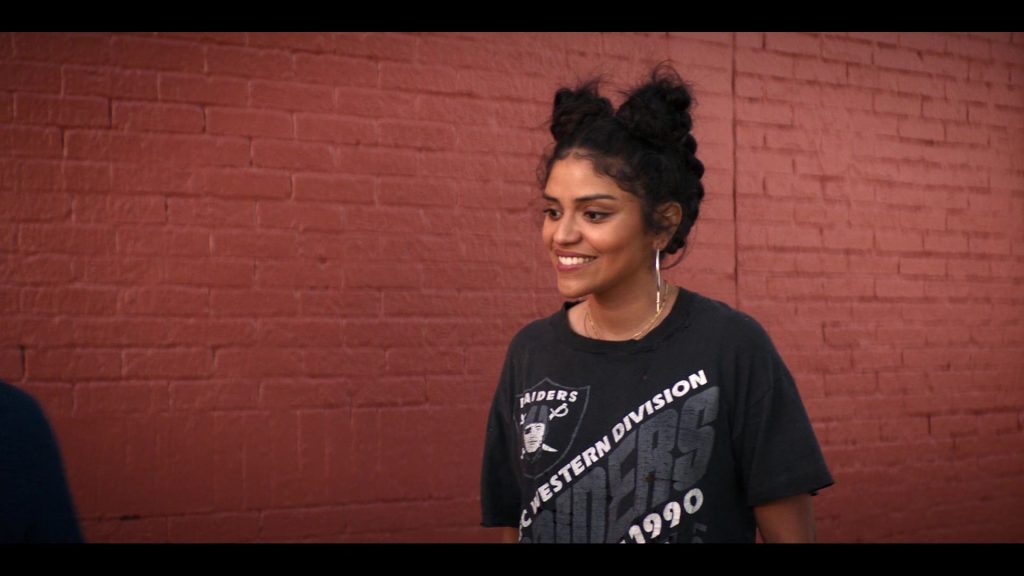 Who is Karrie Martin from “Gentefied”? Husband, Net Worth, Wiki

Karrie Martin is an American actress and entrepreneur, possibly known best for her portrayal of Ana Morales in the TV series “Gentefied”. She has her own production company, and works on creating her movies and television series.

Karrie Martin was born on 3 March 1989, in Louisiana, USA. Her mother is Lila Martin, while her father is Raul Martin, the CEO and founder of the company Martin Homes LLC which builds houses in southern Louisiana, Mississippi, Texas, Florida and Alabama. It’s a family-owned business that has been building houses for around 20 years.

Karrie has two sisters Gaby and Nandy Martin, and a younger brother Raul Martin. Nandy is a singer and an actress who has appeared in the TV shows “The Fosters”, “Amazing Stories”, and “The Mentalist”. She has also written a couple of songs which she shared on her small YouTube channel. It’s unknown what Gaby and Raul are doing, as they prefer to stay out of the spotlight.

Karrie studied at Louisiana State University, and graduated with a degree in Nutritional Science; she was a member of the Phi Mu sorority, which certainly defined her future career. One of her sorority sisters was majoring in Theatre studies, and this was the first time that Karrie showed an interest in acting. She enrolled into the English drama course, and quickly realized that it was the path she wanted to pursue, and consequently hired an acting coach, Judd Lormand. After failing to find a job with her education in nutritional science, she decided to pursue acting full-time, and took acting classes in New Orleans to refine her skills even more.

After completing the classes, Karrie started working at Betty Mae Casting, a center for actors where they could fecord themselves, showcase/practice their skills, and prepare for auditions. It was also a place for directors and filmmakers to book casting sessions, and hold production meetings. Betty Mae Casting combined people from every field of the entertainment industry, allowing Karrie to learn more about acting from various angles. By gaining experience in casting, she had the chance to become a better actor, and learn which steps were necessary to succeed in the industry. In her interview with Refinery 29, the actress remembers Bette Mae Casting as the place that changed her life.

At the beginning of her acting career, Karrie mainly made short appearances in famous TV series, featuring in single episodes of “Pretty Little Liars”, “Freak Out”, “The Arrangement”, and “The Purge”. She also appeared in the movies “Dawning of the Dead” and “Roommates”.

Her career took a serious turn when she landed the role of Ana Morales in the TV series “Gentefied”, in which she portrayed the experience of a second-generation Mexican. The series tells the story of the daily struggles of Latinos who live in the US, showcasing how much sacrifice families have to make to survive in the country. Ana’s character resonated with Karrie, allowing her to unveil all the layers of her personality in the series. The show lasted for two seasons and was then canceled.

In 2022, Martin landed a voice acting opportunity, voicing LaCienega Boulevardez in the Disney Plus show “The Proud Family: Louder and Prouder”. It’s now been revealed that the actress will play the role of Alejandra in Jigeesh Magar’s upcoming movie “Nexus Dream”, portraying a young daughter of immigrant parents and showcasing the tough choices she has to make.

In 2021, Karrie launched her agency entitled Southern Ave. Productions, which is set to release the adaptation of Jillian Dodd’s “That Boy”. Martin is producing the TV series alongside Teri Weinberg, who has produced “Gentefied”, “The Office”, and “Ugly Betty”. According to Deadline, they acquired the Film/TV Rights to the book, mainly following the story but adding a couple of intriguing twists. “That Boy” will focus on portraying love and friendship through the eyes of a proud Latina woman.

A post shared by So, you’re ready to Manifest?✨ (@dreamandmanifestjournal)

Karrie is married to Ryan Lachney – their relationship story resembles the one you’ll only see in movies. They met when they were 11 years old, and continued their friendship in High School. Then as they grew older, they realized they were attracted to each other, and started dating. To pursue her career, Martin had to move to Los Angeles, while Ryan had to build his career. The couple had to break-up, but they maintained a close friendship.

After six years of being apart, the couple reunited in 2018 and started dating again. After a year, Ryan realized that he wanted to spend the rest of his life with Karrie, and proposed to her at the Grand Canyon, to which the actress said ‘yes’. The couple married in December 2020, however, the ceremony had to be altered to ensure the safety of the guests due to the Covid pandemic. Ryan and Karrie don’t have any kids.

Even though Karrie shares pictures of her and Ryan on Instagram quite frequently, there’s not much information about Ryan’s occupation or previous relationships.

When Karrie was younger, she wanted to be a lawyer just like Elle Woods, but later realized that she only wanted to show those experiences in TV series and movies.

Family is really important to Karrie and she spends a lot of time with her siblings and parents. Whenever she doesn’t travel for work, she is in Louisiana, close to her family.

The young actress loves spending free time with her friends – she hangs out with her sisters quite frequently, and considers them to be her best friends.

The actress is religious and often expresses gratitude to God for having a blessed life.

Karrie loves Louisiana-based football teams and attends the games whenever she can.

Karrie Martin comes from a Honduran-American family, so has a darker complexion with dark brown hair and brown eyes. She’s supposedly 5ft 2ins (157cm) in height and approx. 120lbs (54kgs) in weight.

The actress has a diverse wardrobe, switching up the styles quite frequently. She loves wearing flowery dresses, sometimes sporting classier styles. She also wears casual clothes whenever she’s taking a walk or spending some time on the beach. In general, Karrie sticks to beautiful pieces that look great on her Instagram page.

As of mid-2022, Karrie Martin’s net worth is estimated close to $5 million, earned from her acting jobs as she doesn’t seem to have any other sources of income. The actress also runs a production company but it’s relatively new and doesn’t seem to bring in a steady income. Karrie doesn’t produce sponsored content.

It’s unknown how much she earns in a year. It’s also unclear how much her husband earns, as his occupation hasn’t been revealed to the public.