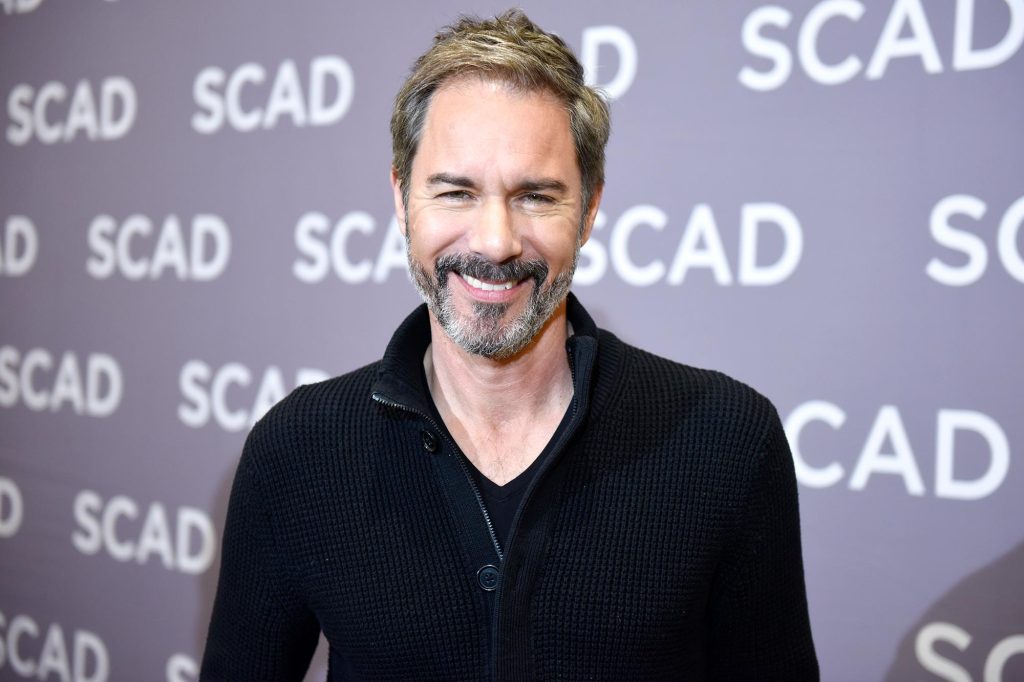 Who is Eric McCormack? Wife, net worth, children, gay on-screen

The late ‘90s brought many popular sitcoms to the TV screen, and one of the most famous was the comedy-drama “Will & Grace”, which followed the story of two best friends, a straight interior designer, Grace, and a gay lawyer, Will. The series won 18 Primetime Emmys, and the actor who portrayed Will, Eric McCormack, won the Primetime Emmy Award for Outstanding Lead Actor in a Comedy Series.

Besides the aforementioned role, Eric had nearly 80 acting credits to his name, and is noted for his roles in the series “Perception” and “Travelers”, while to movie lovers, he is known for starring in “My One and Only”, “Textuality”, and “The Architect”, among others.

Eric James McCormack was born under the zodiac sign of Aries on 18 April 1963, in Toronto, Ontario, Canada; he holds both Canadian and American nationality, and comes from a family of Scottish descent.

He was raised in his hometown by his parents, Doris and James McCormack; his mother was a housewife, and his father was an oil company financial analyst. Eric has one sister, Ellen, about whom nothing is known.

Eric had an interest in acting from an early age and was involved in theatre during his elementary school days, where he also discovered his talent for singing. He attended Sir John A. Macdonald Collegiate Institute, where he enrolled in theatre classes and performed in various productions.

Upon matriculating in 1982, Eric enrolled at Ryerson University School of Theatre in Toronto, however, a few months before graduation in 1985, he left the university and went on to perform at the Stratford Shakespeare Festival in Stratford, Ontario, where he spent five seasons – the festival runs from April to October.

Eric made his big-screen debut in the 1986 movie “Twelfth Night“, followed by his role as Balthasar in the TV movie “Much Ado About Nothing” in 1987. His next role came five years later, when he was cast to play Edward Malone in “The Lost World”, a role he reprised in the sequel “Return to the Lost World”.

In the following year, Eric starred in “Knife Fight” and “Barricade”, and then he was cast in the 2016 movies “The Architect” and “Considering Love and Other Magic”. His most recent movie role was his portrayal of Hank Drinkwater in the 2021 comedy-drama “Drinkwater”, which brought him the Leo Award for Best Supporting Performance by a Male in a Motion Picture.

During 1992 and 1993, Eric portrayed Detective Eric Rothman in “Street Justice”, and concurrently was seen as Danny Nolan in “The Commish”. In the following year, he was cast to play Francis Clay Mosby in “Lonesome Dove: The Series” which aired through 1995, a role Eric reprised in the sequel “Lonesome Dove: The Outlaw Years” (1995-1996), while concurrently appearing in “Highlander”, “Townies” and “Diagnosis Murder” in 1996.

In 1997 and early 1998, Eric mostly guest-starred in series, before being cast to play his most notable role to date, as Will Truman in “Will & Grace”, also starring Debra Messing and Megan Mullally. As mentioned, Eric won the Primetime Emmy award, and he was three times nominated for the same award in 2000, ’03 and ’05, and was six times nominated for the Golden Globe for Best Performance by an Actor in a Television Series – Musical or Comedy, among many other nominations and awards for his portrayal of Will Truman.

There have been various rumors concerning both Eric’s love life and his sexual orientation, especially after the series “Will & Grace“ began airing. Many people assumed that Eric is gay, and he once said about his role: ‘What hit me immediately was that this was me. I mean, sexual orientation aside, Will was so much like me. He’s a great host, he’s relatively funny and he has great friends and he’s a good friend to them … the gay issue just wasn’t really a big thing.’

However, Eric is straight, and since 1997- a married man. His wife is Janet Leigh Holden, a director from Edmonton, Alberta, Canada. There isn’t much information about her, since she prefers to keep her life away from the media’s attention.

It’s known that the two met on the set of “Lonesome Dove“, soon started dating, and after a year married on 3 August 1997 – since they’re both secretive when it comes to their personal matters, the place of the wedding wasn’t revealed.

Eric and Janet welcomed their son, Finnigan Holden McCormack, on 1 July 2002, born in Los Angeles, California, where the family of three still resides, as of August 2022.

As of August 2022, Eric’s net worth has been estimated at $20 million, with most of his wealth earned thanks to his acting career – although most of the movies he starred in were critically and financially unsuccessful, he surely had success with his role in “Will & Grace“.