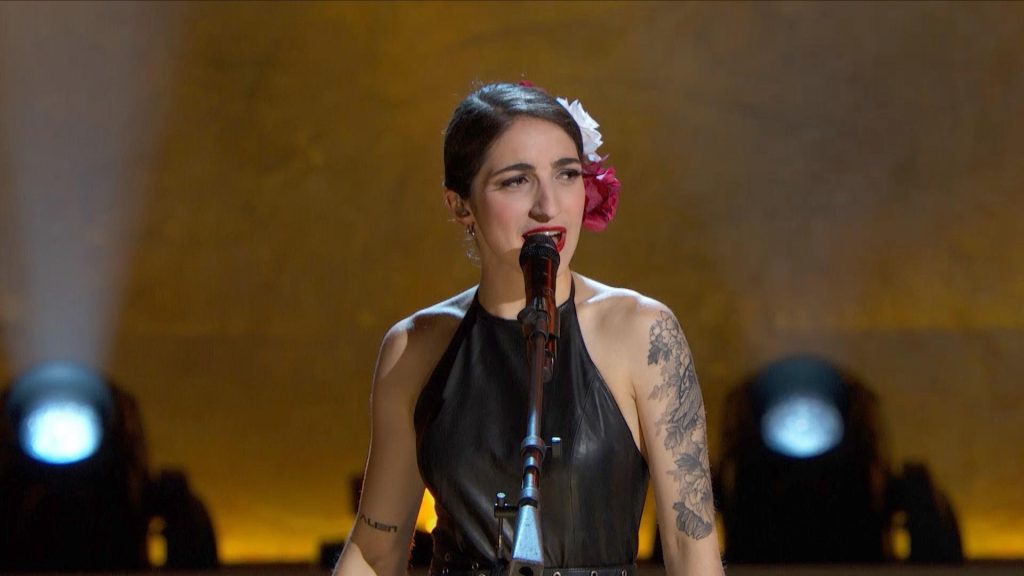 Who is Emily Estefan? Age, Partner, Net Worth, Parents, Siblings

Who is Emily Estefan?

Emily Marie Consuelo Estefan was born on 5 December 1994 under the zodiac sign of Sagittarius, in Miami Beach, Florida USA. She is a 27-year-old singer, but is probably best recognized for being the daughter of the famous Cuban-American musician and producer Emilio Estefan, and Cuban-American singer Gloria Estefan.

How rich is she, as of now? Emily Estefan’s Net Worth

As of mid-2022, Emily Estefan’s net worth is estimated at close to $1 million, acquired through her successful involvement in the entertainment industry.

Emily spent her early years in her hometown of Miami Beach, where she was raised by her famous parents Emilio and Gloria. She has a brother named Nayib Estefan, who is 14 years older than she. Her maternal grandmother Gloria Fajardo used to perform in Cuban nightclubs before the Cuban Revolution, when she moved to Dade County, Florida; Emily’s cousin is famous model and TV star Lili Estefan. She holds American nationality, belongs to Hispanic ethnic group, and is a Christian. Regarding her education, Emily went to the private college preparatory school, Miami Country Day School, where she distinguished herself in music and basketball. Following her matriculation, she enrolled into the Berklee College of Music in Boston, Massachusetts, from which she graduated in 2016.

Emily Estefan has made a name for herself in the music industry; she became an accomplished singer, guitarist, bassist, drummer and keyboardist before she made her debut public singing performance in 2014, when she sang Neil Sedaka and Howard Greenfield’s “Where The Boys Are” at the Hollywood Bowl in Los Angeles, California. The following year, she continued to pursue her career by performing at the ‘Miami Beach 100 Centennial Concert’, as well as sharing the scene with her mother on “The Today Show”. On 2 December 2015, she released her debut single, entitled “F*&k To Be”, for which her mother Gloria directed the music video. During the same year, she also co-wrote the song “If I Never Got To Tell You” for the critically acclaimed Broadway jukebox musical “On Your Feet!” which is based on the lives of her legendary parents. At the time, she also established her own music label under the name Alien Shrimp Records.

In February 2017, Emily held her first major concert at the University of Miami Frost School of Music’s Festival Miami, after which she issued her debut studio album “Take Whatever You Want”, which was produced and recorded in her own Fairy Light Studios, in Boston, Massachusetts. The albums included such singles as “Purple Money” and “Reigns (Every Night)” for both of which she released music videos. During the same month, Emily was selected as Elvis Duran’s Artist of the Month in the NBC morning news and talk show “Today”, in which she performed “Reigns (Every Night)”.

Apart from music, Emily is known as a co-host, since in 2020, she started co-hosting the Facebook Watch talk show “Red Table Talk: The Estefans”, together with her mother Gloria and cousin Lili.

Emily Estefan has long dark brown hair and dark brown eyes. She stands at a height of 5ft 2ins (1.57m), while her weight is around 110lbs (50kgs). However, information about her vital statistics, bra, dress and shoe sizes isn’t available.

Emily Estefan is openly lesbian, and her parents are known as LGBTQ advocates. She became romantically involved with Gemeny Hernandez in December 2016, and they are still going strongly. They frequently share their photos on social media platforms. In June 2020, Emily was named one of the queer role models at the LGBTQ Pride parade by the magazine Queerty.

Who is her father? Emilio Estefan Short Wiki/Bio

Emilio Estefan Gómez was born on 4 March 1953 under the zodiac sign of Pisces, in Santiago de Cuba, Cuba. He is a 19-time Grammy Award-winning musician, who gained enormous popularity first as a member of the Miami Sound Machine; the band was founded when he met Gloria and her cousin Merci through a church program in 1975. Gloria then became the lead singer of the band and they achieved large success, releasing numerous albums and singles, such as “Otra Vez” (1981), “Primitive Love” (1985), and “Cuts Both Ways” (1989).

Apart from that, Emilio is known as a producer, who has developed the successful careers of such famous Latin music superstars as Ricky Martin, Marc Anthony, Shakira, and Jennifer Lopez. He has also produced such events as the Latin Grammys, Nuestra Navidad, and Hispanic Heritage Awards, numerous music events held at the White House, and a variety of highly popular shows on HBO and Showtime. He is also the producer of the documentary “90 Millas” (2008) and the Broadway musical “On Your Feet!” (2013). The following year, he directed and produced the documentary film “An Unbreakable Bond”.

To speak further about his career, Emilio is an author, having written such books as “The Rhythm Of Success – How An Immigrant Produced His Own American Dream” (2010), and “The Exile Experience: A Journey To Freedom” (2011).

Who is her mother? Gloria Estefan Short Wiki/Bio

Born Gloria María Milagrosa Fajardo García on 1 September 1957 under the zodiac sign of Virgo, in Havana, Cuba, she’s a seven-time Grammy Award-winning singer, who launched her professional music career as the lead singer of the Miami Sound Machine, and later pursued her career as a solo artist. Some of her most popular studio albums are “Cuts Both Ways” (1989), “Mi Tierra” (1993), “Abriendo Puertas” (1996), and “Alma Caribeña” (2001). She has twice been named as one of the Top 100 greatest artists of all time, having sold more than 75 million albums worldwide, which makes her one of the best-selling female singers of all time.