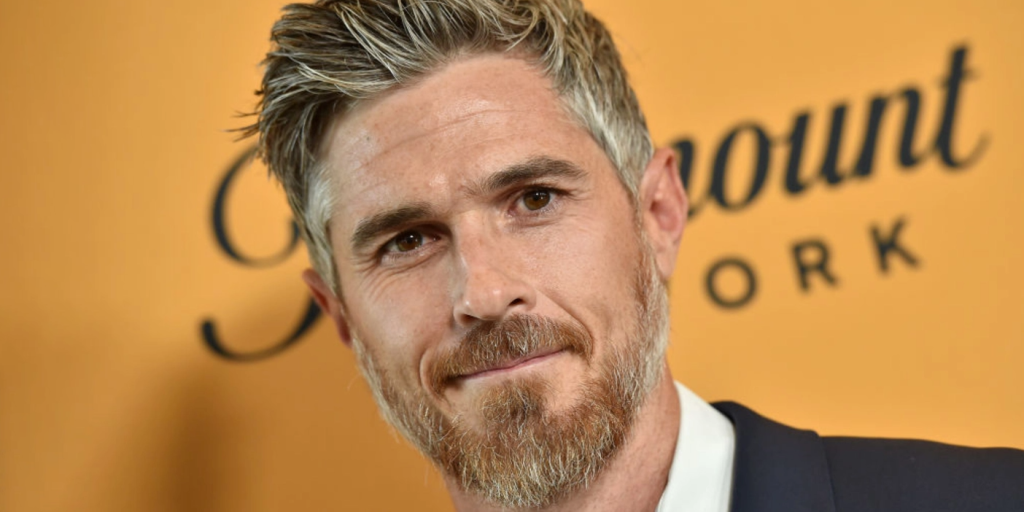 Who is Dave Annable from “Yellowstone”? Wife, Net Worth, Height

When the episode “Daybreak” of the third season of the western drama series “Yellowstone” was aired, one new character immediately caught the eye of the audience, and people wanted to know more about the actor who portrayed Lee Dutton, a rancher determined to take over the Dutton family ranch. If you are one of them, let us introduce you to Dave Annable.

He’s an actor with 25 credits to his name, and besides the mentioned role, is perhaps known best for his role as Justin Walker in the drama series “Brothers & Sisters”, also starring Calista Flockhart and Rachel Griffiths, which had 25 award nominations and won 15, including a Primetime Emmy, while Dave won the Prism Award for Performance in a Drama Series Multi-Episode Storyline, and shares the Gold Derby Award nomination for Ensemble of the Year with the rest of the cast.

Dave Annable was born under the zodiac sign of Virgo on 15 September 1979, in Suffern, New York State USA, thus he holds American nationality. He comes from a family of Jewish descent on his mother’s side, while his father is Christian – as Dave said, he was ‘raised both’.

He grew-up in Walden, a small New York village – his parents are Rodman John and Tammi Annable, whose occupations haven’t been revealed, and he has a sister, Rebecca, and half-sister Stacy Topper Ellington, but it isn’t clear whose daughter she is.

Dave had an interest in sports from an early age, and played hockey, baseball and rugby; he discovered his love for acting while he was in college.

He attended Valley Central High School, and upon matriculating in 1997 enrolled at the State University of New York at Plattsburgh, where he became involved with the college’s TV station, and he hosted several shows, including “Late Night with Dave Annable”. However, he dropped out of college in the early 2000s, and moved to New York City, where he launched his acting career; he eventually went back to college in 2009, and graduated with a BA degree.

Dave made his acting debut portraying Doug Maple Junior in an episode of the series “Third Watch” in 2002, followed by his role as Aaron Lewis in “Reunion” in 2005, and then in the following year, he was cast to play one of his most notable roles to date, as Justin Walker in “Brothers & Sisters”, which was aired until 2011.

In 2012, Dave portrayed Blake in “Fetching”, before he was cast to play Henry Martin in the horror drama “666 Park Avenue”, also starring Robert Buckley and Rachael Taylor, and was then seen starring as Greg in an episode of the series “Ben and Kate” in 2013.

From 2014 through 2015, Dave portrayed Doctor Jack McAndrew in the comedy drama series “Red Band Society”, followed by his role as Doctor Pierce Harrison in “Heartbeat” in 2016, while in the following year, he guest-starred as Teddy in “The Mick”.

In the same year, Dave was cast to play Dan Miller in the series “Walker”, also starring Jared Padalecki, Keegan Allen and Molly Hagan, which is currently airing on The CW.

Speaking of the series “Yellowstone”, the fifth season should be released in November 2022, so Dave’s fans will enjoy his role as Lee Dutton, and will also be happy to hear that Dave will be seen starring in new series entitled “Blank Slate”, which is currently in development.

Dave made his first big-screen appearance in the 2003 movie “Other’s People Business”, followed by his role as Bean in “Little Black Book” in 2004, and in the same year he was seen as Griffin in “Spellbound”. Dave’s next movie role came in 2011, when he was cast to play Bryan Lighthouse in “You May Not Kiss the Bride”, a comedy drama written and directed by Rob Hedden, and then he portrayed Jake Adams in “What’s Your Number?”, while in 2013, he was seen as Joe Dougan in the TV movie “Joe, Joe & Jane”, also starring Sally Pressman and Will Greenberg.

There have been various rumors concerning both Dave’s love life and his sexual orientation, however, after it was revealed that he was dating his co-star Emily VanCamp in 2007, it was clear that he’s straight.

After he broke up with Emily, Dave started dating another co-star, American actress Odette Yustman.

The two met on the set of the series “Brothers & Sisters” in 2009 when she guest-starred in the show, and they started dating soon afterwards, and then married on 10 October 2010, in a private ceremony in Ojai, Los Angeles.

Odette Juliette Yustman was born on 10 May 1985, in Los Angeles, California, and made her acting debut in the 1990 movie “Kindergarten Cop”, while she’s also known for her television roles in series such as “House” and “Breaking In”, among others.

The two welcomed their first child in 2015, a daughter named Charlie Mae. Although it all seemed great for this couple, in October 2019 they announced their separation, however, ten months later, in August 2020, they reconciled, which they confirmed through their posts on Instagram.

As of May 2022, Dave and Odette are still together, and on 8 May they shared that they are expecting their second child, which was more than happy news, since in the past few years, Odette suffered three miscarriages.

According to sources, as of May 2022, his net worth has been estimated at $1.5 million, most of his income earned starring in series and movies, while between the roles, he’s worked as a model in commercials for various brands.