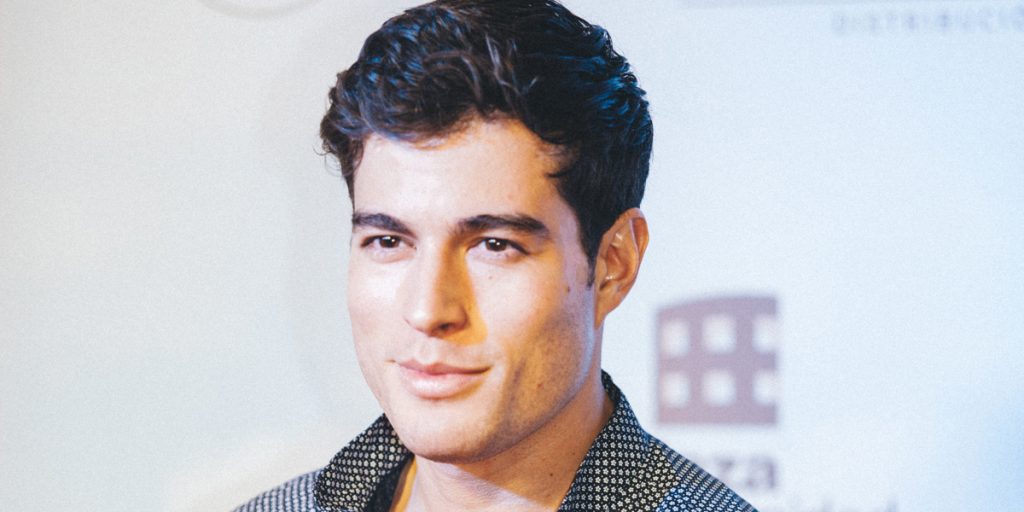 Who is Danilo Carrera dating now? Girlfriend, Net Worth, Divorce

Danilo Xavier Carrera Huerta was born in Guayaquil, Ecuador, on 17 January 1989 – his zodiac sign is Capricorn, and he holds Ecuadorian nationality. He’s an actor, model, TV presenter, and a soccer player, who’s perhaps known best for his acting career, especially for his portrayal of the lead character Omar Cifuentes in the 2020 drama movie “Vencer el Miedo”. It also starred Paulina Goto and Arcelia Ramirez, and follows the lives of the Duran family who are living in Mexico; the series won four of the 13 awards for which it was nominated.

Danilo was raised in Guayaquil alongside his four younger siblings Juan, Felipe, Xavier and Leopold, by their father Xavier Carrera and mother Elsita Huerta.

He became interested in acting and modelling while attending Balandra Cruz School, and was a member of the school’s drama club, appearing in many of its plays. Danilo became interested in playing soccer when he was 14, and in 2007 competed with the soccer team Emelec sub-18s, winning the championship.

He matriculated in 2007, and then joined Barcelona Sporting Club, playing with them for the following two years. Danilo was mostly focused on working on his modelling career during those years, appearing in various fashion shows, as well as in commercials for Toni, while he had also modelled for Abercrombie & Fitch and De Prati.

He then moved to Miami, Florida to pursue a career in the film industry, but also joined a local soccer club.

Danilo made his debut TV series appearance in two episodes of the 2012 romantic thriller drama “Relaciones Peligrosas”, and in 2013 he starred as Axel Velez in the family fantasy “Grachi”; it also starred Isabella Castillo and Andres Mercado, and follows Graciela ‘Grachi’ Alonso, a teenage witch who has moved to a new city, and has fallen in love for the first time. The series won a Kids’ Choice Award for Favorite Latin Artist, for Isabella Castillo.

In 2014, Danilo made a guest appearance in the episode “Conoce en la Perfumeria” of the romantic drama “Cosita Linda”, and then appeared in a 2016 episode of the crime drama “Ruta 35”.

In 2015 and 2016, he played the main character Franco in the drama “Passion and Power”, which also starred Jorge Salinas and Susana Gonzalez, and follows two business rivals who have fallen for the same woman. A couple of Danilo’s following roles were in the 2016 drama “Sin Rastro de Ti”, the 2017 drama “La Doble Vida de Estela Carrillo” and the 2018 drama “Hijas de la Luna”.

Most recently, in 2021 and 2022, he starred as Alvaro Villalobos in the drama “Contigo Si”, created by Antonio Abascal and Carlos Daniel Gonzalez, and which also starred Alejandra Robles Gil and Brandon Peniche. The series follows Angela who has married Alvaro, but Alvaro has now left her because he’s fallen in love with Samanta; while trying to win him back, Angela has fallen for the doctor Leonardo.

Danilo made his debut film appearance in the 2013 short horror “It Was Me”, written and directed by Aaron Agrasanchez, and which starred Danilo, Penelope Ginestra and Sulaine Nieves. It follows Riley who spent some time hiding after his girlfriend Jenny broke up with him, and now that he has finally gone out, has run straight into Jenny.

Danilo’s only other film role has been in the 2013 family drama “Indigo”, in which he starred alongside Hernan Canto and Angela Rincon, but he’s currently shooting for two upcoming short movies: the thriller “Wolfe in Waiting” and the drama “The Bolichicos”.

Danilo hosted the 2014 episode “Benavides” of the show “Tu Desayuno Alegre”, as well as the 2015 show “El Camino”, and the 2018 show “Republica Mundialista Russia”.

He has made a guest appearance in various talk-shows and TV specials, including “Republica Deportiva” and “Balon de Oro de la Liga MX 2018”.

Danilo was nominated for a 2020 Premios TVyNovelas Award for Best Actor in a Telenovela (Mejor Actor), for his performance in “Vencer el Miedo”.

Danilo prefers to keep the details of his love life away from the media’s attention, but it’s known that he has been married twice. His first wife was Andrea Viteri, an Ecuadorian model whom he met during a photoshoot. They haven’t shared the dates of their wedding and divorce, but it’s believed that Danilo and Andrea were married for only around a year.

He then exchanged vows with Angela Rincon, another model whom he apparently met during a photoshoot; this marriage was also short-lived.

Most recently, in 2019 and 2020, Danilo was in a relationship with Michelle Renaud, a famous Mexican actress with close to 20 credits to her name.

As of February 2022, Danilo seems to be single, has been married twice, but doesn’t have children.

Danilo is highly active on Instagram, and is today followed by more than three million people, while he’s uploaded over 4,500 pictures onto the network; mostly taken during his everyday life.

He’s physically highly active, as it’s important for his career to stay in shape; Danilo has five to six training sessions at the gym every week, and is also following a diet made specifically for him.

His favorite season is summer, as he enjoys sun tanning at the beach, playing beach sports and going yachting.

Danilo is passionate about travelling, and has been to several US states and several European countries, mostly for work; his dream travel destination is Barcelona, Spain, because he’s a huge fan of their soccer club.

He has his own favorite actors and actresses, some of whom are Bruce Willis, Channing Tatum and Julia Roberts, while a couple of his favorite movies include “Pulp Fiction”, “Dear John” and “The Runaway Bride”.