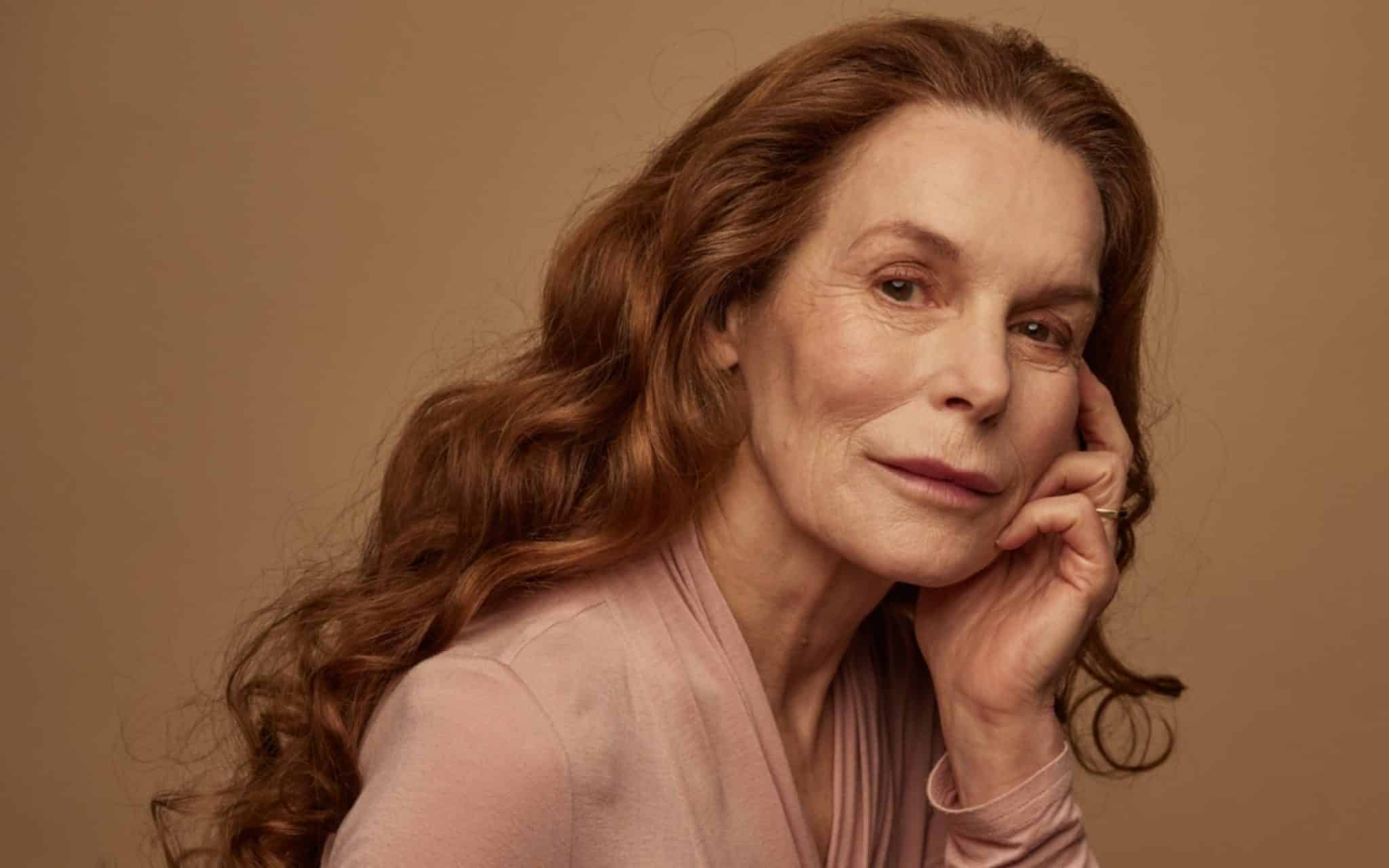 Who is Alice Krige (aka Borg Queen)? Husband, Net Worth, Age

Who is Alice Krige?

Krige is an award-winning South African actress, perhaps still best known to the world as Borg Queen in the film “Star Trek: First Contact” (1996). and as Sannie Lang in the film “Skin” (2008), and for numerous other popular roles.

Alice Maud Krige was born on 28 June 1954, in Upington, Cape Province, South Africa. She’s the daughter of Louis Krige, a physician, and his wife Patricia, a professor of psychology. Alice has two brothers; she hasn’t revealed their names and age, but has said that one became a physician while the other is a professor of surgery. The family moved to Port Elizabeth, South Africa, where she spent most of her childhood.

After high school, Alice enrolled at Rhodes University in Grahamstown, South Africa. At first, just like her mother, she studied psychology to become a clinical psychologist, but after attending an acting class at Rhodes, she fell in love with the profession. Alice continued with drama studies, and eventually obtained a Bachelor of Arts degree and a BA Hons degree in drama with distinction.

After graduating from Rhodes, Alice moved to London, where she trained at the Central School of Speech and Drama.

Moreover, the same year, Alice had her first starring role as Alma/Eva in the horror thriller-drama film “Ghost Story”, based on the novel by Peter Straub, co-starring Craig Wasson, and Fred Astaire.

She was Bridget O’Donnell in the Primetime Emmy Award-winning historical drama mini-series “Ellis Island” (1984), about 19th century immigrants to the US searching for the American Dream, with Peter Riegert, Gregory Paul Martin and Claire Bloom as the main stars.

In 1987 she co-starred with Mickey Rourke and Faye Dunaway in the dramatized biopic of Charles Bukowski, entitled “Barfly”, while in 1988, she was Mary Shelley in the romantic drama “Haunted Summer”, which depicts the fateful summer of 1815 and the relationship between famous writers, Lord Byron, Percy Shelley and Mary Shelley.

She ended the decade with the role of Beth Goodwin, a widow, who meets Larry, a divorced psychiatrist, played by Jeff Bridges, in the romantic drama film “See You in the Morning”, written and directed by Alan J. Pakula.

Alice starred in Stephen King’s fantasy horror film “Sleepwalkers” in 1992, alongside Brian Krause and Madchen Amick, while in 1993, she appeared in the Primetime Emmy Award-nominated television crime-drama movie “Judgement Day: The John List Story”, about America’s mass murderer played by Robert Blake, and co-starring David Caruso and Beverly D’Angelo. The same year, she starred with Ewan McGregor and Christopher Fulford in the BAFTA nominated romantic-drama series “Scarlet and Black”.

In 1995, she was the leading female star of the award-winning drama film “Benjamenta, or This Dream That One Calls Human Life”.

After starring in ‘Star Trek’, Alice continued her career with another sci-fi film lead role, this time as Clarissa Symes in Rene Daalder’s “Habitat” (1977), which depicts Earth in shattered post-apocalyptic scenery caused by the destruction of the ozone layer.

Two years later, Alice starred in the Primetime Emmy Award-winning drama movie “Deep in My Heart” and appeared in the biopic “Molokai” about a priest who voluntarily went to the island of Molokai, Hawaii to care for those infected by leprosy.

Alice starred in the Primetime Emmy Award-winning fantasy adventure mini-series “Dinotopia” in 2002, and then in 2005 joined the award-winning cast of the TV historical crime-drama series “Deadwood”, which includes Timothy Olyphant, Ian McShane, and Molly Parker, for five episodes as Maddie.

In 2006, Alice appeared in the horror mystery film “Silent Hill”, which has since become a classic. When asked about her experience on the set, she said she struggled to comprehend the darkness behind her character, Christabella.

The next year, she starred alongside Sally Hawkins and Anthony Head in the Jane Austen novel-based film “Persuasion”, while in 2008, she was Sannie Laing, in the award-winning biopic “Skin”, about Sandra Laing, a girl who faced numerous issues during the apartheid era because of her skin color, despite being the child of two white Afrikaner parents.

She next appeared in the Primetime Emmy Award-winning television thriller mystery-drama movie “Page Eight” (2011), starring Bill Nighy, Rachel Weisz and Tom Hughes, while in 2013, she was Eir in the award-winning fantasy action-adventure film “Thor: The Dark World”, which starred Chris Hemsworth in the titular role, Tom Hiddleston and Natalie Portman.

From 2014 to 2015, she portrayed Amira Al-Fayed in 20 episodes of the Primetime Emmy-nominated action thriller drama series “Tyrant”, and from 2016 to 2018 played the recurring role of Nancy in 10 episodes of the fantasy mystery-drama series “The OA”, which starred Brit Marling, Jason Isaacs and Scott Wilson.

Concurrently, in 2018 she appeared in the award-winning drama “A Rose in Winter” about the life of Edith Stein, Jewish Women Rights Movement advocate, with Zana Marjanovic in the lead role, written and directed by Joshua Sinclair, while in 2019, she featured in the Primetime Emmy Award-nominated TV fantasy crime-drama series “Carnival Row”, starring Orlando Bloom and Cara Delevingne.

The following year, Alice starred as the Witch in the award-winning fantasy horror film “Hansel & Gretel”, based on the fairy tale by Wilhelm and Jacob Grimm, co-starring Sophia Lillis and Samuel Leakey, and for which she received a Fangoria Chainsaw Award nomination in the category for Best Supporting Performance, and won the BAM Award in the category for Best Supporting Actress.

Most recently, in 2021, Alice starred in the horror thriller “She Will”, with Malcolm McDowell and Rupert Everett, while as of late-2-22, she’s working on the action crime-thriller film “Naked Abuse”, in which she will star with Apple Yang. Moreover, she‘s also set to star in the war-drama film “Shingetsu” alongside Gunter Singer.

Alice Krige still exudes Reverend mother energy in @CarnivalRow with her blue within blue eyes… Such a delight to see her in this show. @Legendary made by the way 😉#Dune #CarnivalRow pic.twitter.com/OK5QntB1LR

Additionall to her on-screen career, Alice has also made a few memorable on-stage appearances. She made her debut in 1981 as Raina Petkoff in the play “Arms and the Man”, performed at the Lyric Theatre in London.

From 1982 to 1983, she was Miranda in the play “The Tempest” at the Royal Shakespeare Theatre, and then portrayed Cordelia in “King Lear”. In 1983 she was Roxanne in the play “Cyrano de Bergerac” and in 1995, she appeared in the play “Venice Preserv’d”, at Almeida Theatre.

As of mid- 2022, Alice Krige’s net worth has been estimated at $3 million, earned through her acting career, during which she’s made more than 100 film and TV appearances, as well as on stage.

Alice Krige has been married to writer/director Paul Schoolman since 1988. The two have a home in the US, but spend more time living and working abroad. They don’t have children.

Her likeness as the Borg Queen is displayed in a 4.5-inch Star Trek action figure.

She is the recipient of an honorary degree (Doctor of Letters) from Rhodes University.

Growing up, she aspired to become a dancer, and had no ambition to become an actress.