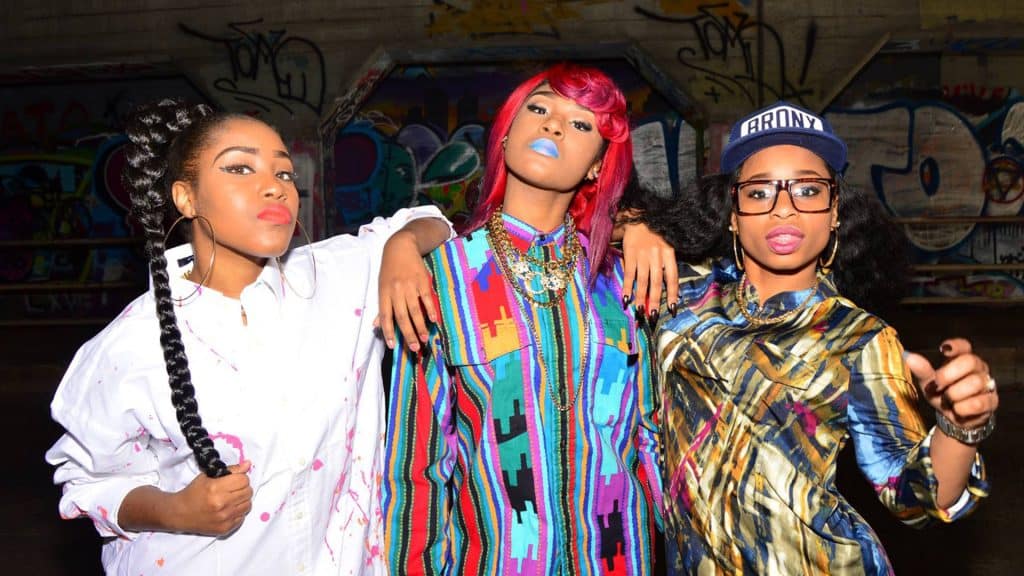 The group’s third member is Tiny, who is not related to the Taylor sisters; they’re best known for their music, which can be found on their YouTube channel, although the girls are also known for the dancing and challenge videos uploaded onto their Instagram and TikTok accounts.

Daysha and Ti were raised in Atlanta, Georgia alongside their younger sister Trinity Taylor, born on 3 March 2005, and their brother whose name remains undisclosed, by their father who had previously tried to become a rapper but failed, and their mother who’s a housewife; the sisters were inspired by their father to pursue a career in the rap industry. Trinity’s also a singer and dancer, and has been featured in some of her sisters’ songs, while she occasionally features her brother in her TikTok prank videos.

Daysha and Ti both became interested in music while attending the same elementary school in Atlanta, but didn’t start thinking about launching a career in the field until they enrolled at high school. It was in 2013 that they were joined by American dancer and choreographer Tiny, and launched their group Taylor Girlz; Daysha matriculated in 2014 and Ti in 2016 – neither has pursued a college degree, wanting to focus on music.

Although their group was officially launched in 2013, Taylor Girlz didn’t gain attention until 31 July 2015, when their “TAYLOR GIRLZ – WOOZIE (DIRECTED BY TONE) [OFFICIAL MUSIC VIDEO]” was uploaded onto their YouTube channel; it’s since been watched nearly 300,000 times.

Their began collaborating with American producer Bolo Da Producer in 2016, and in the same year released the singles “Wedgie” and “Steal Her Man”, both of which featured their sister Trinity; the sisters’ dance in the music videos both became viral challenges on the internet, and it helped the sisters sign a contract with RCA Records. Their song “Steal Her Man” became their first to chart, and it even topped the Billboard Bubbling Under R&B/Hip Hop Chart; in November 2016, the girls also charted on Pandora Radio Trendsetters Chart.

Their debut extended play (EP) “Who Are Those Girlz!?” was released under RCA Records in February 2017, and the girls have since released only a couple of songs, with the three most recent having been “You the Type”, “Act Right” and “Bundles”, all in 2021.

Taylor Girlz launched their eponymous YouTube channel on 8 August 2012, and there are today nearly 2.3 million people subscribed to it, while they’ve amassed close to 500 million views of all their videos combined. Rather than their singing videos, they’re more focused on uploading videos which feature them pulling pranks and doing challenges, and we’re going to mention three of the most popular amongst these, which’ve led many people to become their subscribers.

Their #2 video “Taylor Girlz – Wedgie In My Booty (ft. Trinity Taylor)” has been watched over 30 million times – the song was produced by Bolo Da Producer and featured their sister Trinity.

Taylor Girlz’ Instagram account is today followed by over three million people, while they’ve posted close to 250 pictures and videos onto the social media network; most of these feature Ti, as Daysha isn’t a big fan of being in front of the camera.

Their Twitter account was launched in August 2012, and today numbers nearly 200,000 followers, while the girls have tweeted close to 12,000 times; they mostly use Twitter to promote their music.

They are TikTok stars, as there are nearly 750,000 people following them on the social media network, while they’ve amassed close to eight million likes of all their videos combined.

Although quite respective of their own privacy, the Taylor sisters have allowed their fans to have a glimpse into their love lives.

Daysha’s been in a relationship with American engineer Quik V since 2016, and Quik has been featured in a couple of pictures and videos which Daysha’s uploaded onto her social media accounts; it’s also known that Quik chatted with several girls behind Daysha’s back in 2019, but the two have remained together. In February 2022, Daysha gave birth to their daughter Dream.

Ti doesn’t have a boyfriend as of October 2022, and seems to be focused on her music career.

Both Daysha and Ti are shopaholics and fashionistas, and they go searching for clothes nearly every day; they seem to enjoy showing off their new clothes in their Instagram pictures.

They’re both into travelling, and have already toured around several US states, and have vacationed in a couple of European countries.

Daysha and Ti have also become businesswomen, as they’ve launched their own skincare line – Underneath.

They’re both fans of tattoos, and Ti has a large snake inked on her left leg.

They are fans of Hollywood actors, with Daysha’s favorite being Leonardo DiCaprio and Ti’s Denzel Washington; some of their favorite movies include “Titanic”, “Fences” and “Man On Fire”.