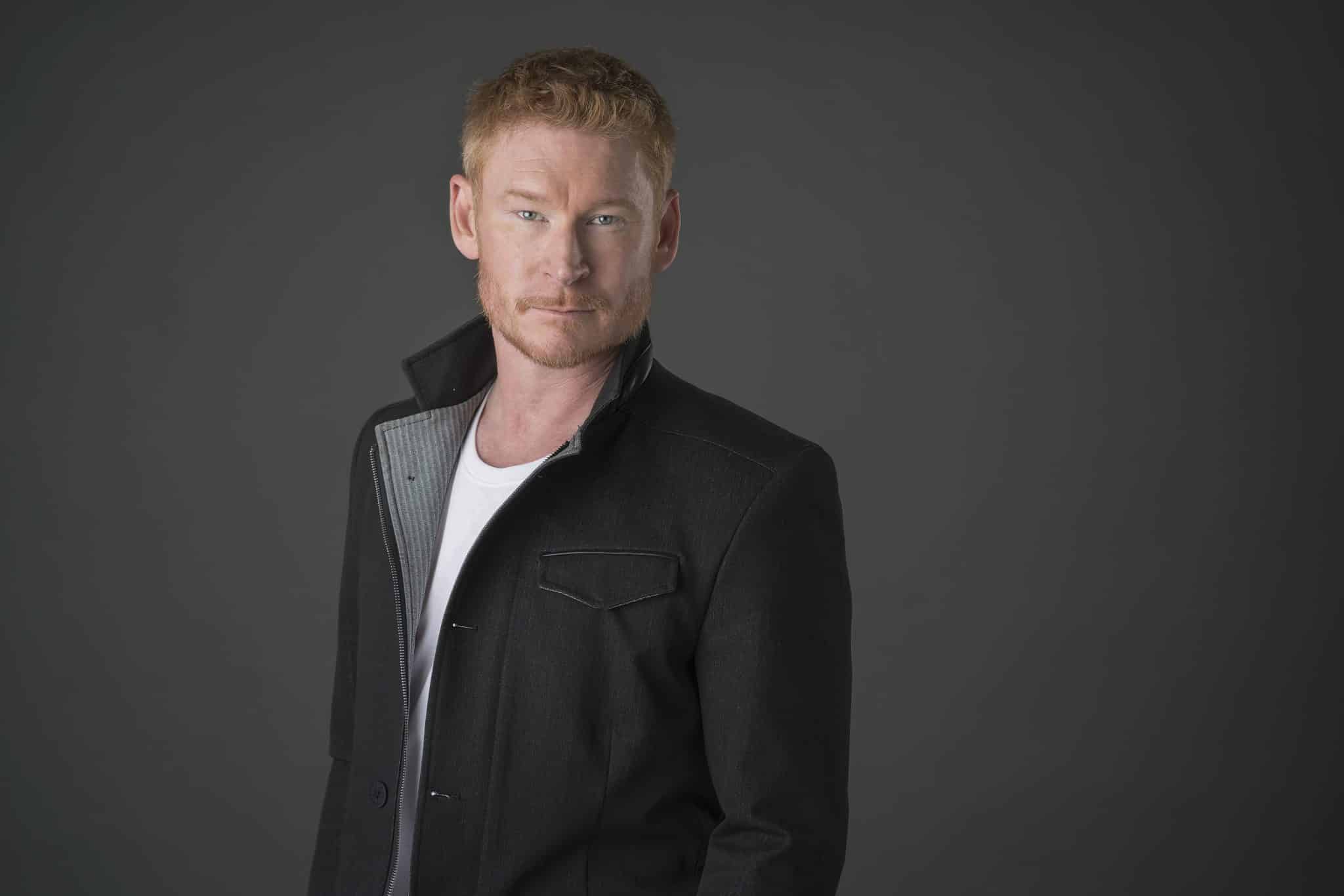 Where is Zack Ward from Christmas Story now? Net Worth, Wife

Who is Zack Ward?

Canadian actor Zacharias ‘Zack’ Ward was born in Toronto, Ontario, Canada, on 31 August 1970 under the zodiac sign of Virgo. He’s also a film writer and producer, but has appeared in nearly 130 movies and TV series, while he’s probably still best known for his portrayal of Bobby Davis in the popular 2003 action horror movie “Freddy vs. Jason”, directed by Ronny Yu, and which starred Robert Englund, Ken Kirzinger and Kelly Rowland. It follows two iconic horror film characters, Jason Voorhees and Freddy Krueger, who’ve now turned against each other – the movie won two of its 13 award nominations.

Famous Canadian actress Pamela ‘Pam’ Hyatt raised her son Zacharias in Toronto, alongside his older brother Carson T. Foster; it’s believed that the boys’ father wasn’t around while they were growing up, but that they both eventually became friends with him. Zack revealed in July 2020 that his father was diagnosed with Alzheimer’s, and that he and Carson agreed to have him stay in a fully assisted living environment.

Zack’s mother Pam had already made a name for herself in the film industry before he was born, and he thus became passionate about acting at a very early age. He was 13 when his career was launched, as he played Scut Farkus in the critically acclaimed 1983 family comedy movie “A Christmas Story”, written and directed by Bob Clark, and which starred Peter Billingsley, Melinda Dillon and Darren McGavin. Set in the ‘40s, the film follows Ralphie Parker who’s trying to convince Santa Claus, his family and teachers that a BB gun is an ideal Christmas gift for him; the movie won three of its 14 award nominations.

Zack moved to Los Angeles, California USA following the launch of his acting career, and attended a local high school there; he matriculated in 1988 and then focused on acting, choosing it over a college degree.

Zack made his debut TV series appearance in 1985, with his portrayal of Moody Spurgeon in both episodes of the hit family mini-series “Anne of Green Gables”; it starred Megan Follows, Colleen Dewhurst and Richard Farnsworth, followed the life of an orphan girl, and it won 13 awards, including a 1986 Primetime Emmy for Outstanding Children’s Program.

Some of Zack’s following roles were in the 1987 romantic family mini-series “Anne of Avonlea”, the 1989 mystery fantasy horror “Friday the 13th: The Series”, and the 1990 action adventure comedy “My Secret Identity”.

What marked the ‘90s for him was perhaps his portrayal of Curtis Dastuge in the action crime drama “JAG”, which was created by Donald P. Bellisario; the series aired from 1995 to 2005, starred Catherine Bell, Patrick Labyorteaux and David James Elliott, and followed the lives of several US Navy lawyers. It won 15 of its 32 award nominations, including three Primetime Emmy wins.

Between 2000 and 2002, Zack played Dave Scouvel in the popular comedy drama “Titus”, created by Brian Hargrove and Jack Kenny, and in which he starred alongside Christopher Titus and Cynthia Watros; it follows car mechanic Christopher as he and his brother are dealing with their alcoholic father – the series won one of its 11 award nominations.

The remainder of the 2010s saw Zack appear in an episode of a couple of hit series, including the drama “MDs”, the mystery fantasy “Charmed” and the comedy “Significant Others”.

He played Lieutenant Dante in six episodes of the action comedy drama “Z Nation” in 2018. It was created by Craig Engler and Karl Schaefer, starred Russell Hodgkinson and Nat Zang, and followed the life of the only man who’s somehow managed to survive the plague which has killed most of the world’s population; this was also Zack’s most recent TV series role.

Zack played Seth Sandruff in the 1987 comedy drama “Taking Care of Terrific”, while a couple of his following roles were in the 1993 mystery crime drama “Spenser: Ceremony”, the 1994 horror “The Club”, and later that year the family drama “Harvest for the Heart”.

In 2005, he was cast to play Lindstrom in the romantic drama “Aurora Borealis”, directed by James C. E. Burke, and which starred Joshua Jackson, Juliette Lewis and Donald Sutherland. The movie follows a young man who’s finding it hard to cope with his father’s premature death, and it won eight of its 12 award nominations. Zack appeared in a couple of other popular movies in the 2000s, including the 2007 crime thriller drama “Trade”, the 2007 action science fiction adventure “Transformers” and the 2008 science fiction “Battle Planet”.

He portrayed Alex in the 2014 fantasy mystery horror “Don’t Blink”, written and directed by Travis Oates, and which starred Mena Suvari, Fiona Gubelmann and Joanne Kelly. It follows ten people who are investigating a seemingly abandoned mountain resort.

Three of Zack’s most recent film roles have been in the 2019 action crime drama “Beyond the Law”, the 2020 horror “Piranha Blood Lake”, and the 2021 action thriller “Survive the Game”.

Zack has 10 writing, eight producing and four directing credits; he attracted a lot of attention with his writing of the 2016 horror thriller movie “If Looks Could Kill”, the 2017 horror thriller film “The Terror of Hallow’s Eve”, and eight episodes of the 2020 science fiction series “FraXtur”.

He’s received seven special thanks, most recently for the 2015 romantic comedy movie “The Condo”, the 2018 horror comedy series “Macabre Theatre”, and the 2020 horror series “Bottle Monster”.

Some of the talk-shows in which Zack’s made a guest appearance include “What’s Your Name Again?”, “WOTN Cleveland” and “InHouse-CON”.

Zack’s won two awards: a 2004 Monaco International Film Festival Award for Best Actor, for his performance in “L. A. Twister”, and a 2018 Bronze Telly Award for Best Film, for “Circus Kane” (shared with colleagues).

Although quite secretive when it comes to talking about his love life in public, Zack’s still allowed his fans to have a glimpse into it. He married American actress and movie producer Jennifer McMahan-Ward on 18 August 2018, in a small ceremony attended by less than 100 people; Jennifer produced the 2003 sports series “Winning Women”, and voiced Sarah Larson in the 2004 war thriller movie “Septem8er Tapes”.

Zack hasn’t spoken about the women whom he might had dated prior to meeting Jennifer – he’s married to Jennifer McMahan-Ward as of September 2022, and doesn’t have children.

He and popular American actress and model Milla Jovovich lived in the same house while they were shooting for the 2004 movie “Resident Evil: Apocalypse”.

Zack’s quite active on Instagram and has posted close to 1,000 pictures onto his account, while he’s today followed by nearly 10,000 people; he mostly uploads comedy content.

He’s been to many US states and European countries, mostly to shoot for his movies and TV series – his favorite city to travel to for pleasure is London, England.

Zack’s favorite actresses are Meryl Streep and Angelina Jolie, and his favorite movies “Kramer vs. Kramer’, “The Tourist” and “Original Sin”.

Zack’s net worth’s been estimated at more than $4 million, as of September 2022.