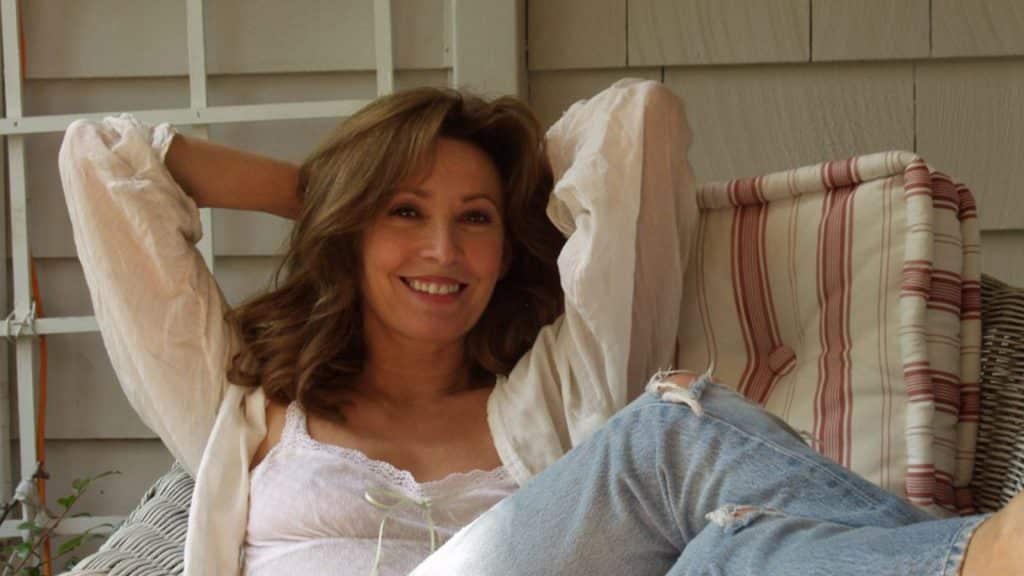 Where is Wendy Makkena from ‘Sister Act’ now? Husband, Wealth

Wendy is an American actress, perhaps still best known to the world as Sister Mary Robert in the films “Sister Act” (1992) and “Sister Act 2: Back in the Habit” (1993), in addition to numerous other roles that she’s secured so far in her career.

Where is Wendy Makkena Now?

Wendy has just finished shooting the TV action thriller-drama series “Rabbit Hole” (2022), and is now working on a more important project, the return of “Sister Act“, which will be the third installment of the beloved franchise – Whoopi Goldberg and other stars of the first two films are also set to return. The film is now in pre-production, without a premiere date, though it’s expected to be released in late 2022 or early 2023.

Wendy Rosenberg Makkena was born on 4 October 1958, in Manhattan, New York, USA; she’s the daughter of Diana K. Rosenberg, a famed New York astrologer, but there’s no information about her father.

She started attending dance lessons at an early age, and at the age of eight, Wendy enrolled at the prestigious Juilliard School of Music, where she trained in classical harp. Two years later, she performed with a harp at Carnegie Hall, and continued playing the instrument until she was 15 years old, when she focused entirely on ballet.

Unfortunately, her ballet career was cut short three years later, as she suffered a foot injury.

Wendy made her debut in 1986, when she joined the cast of the critically acclaimed daytime soap opera “Santa Barbara” as Katie Timmons.

After this, she performed on Broadway in the play “Pygmalion” (1987) before returning to the screen and portraying Kate Jackson in John Sayles’s historical sports drama film “Eight Men Out” (1988), which starred John Cusack, Clifton James and Jace Alexander.

In 1988 she also appeared in the play “Side Man” and the following year, she was Maggie in the play “Lend Me a Tenor”.

After this, she turned to on-screen projects, and started the ’90s with a role in the television action mystery film “Dead and Alive: The Race for Gus Farace” movie, with Tony Danza, Ted Levine, and Dan Lauria in the lead roles.

Just a little #ThrowbackThursday for you 🎶❤️ #tbt #SisterAct

1992 was a turning point in her career – firstly she co-starred in the television comedy horror-drama movie “Black Magic”, written and directed by Daniel Taplitz, with Rachel Ward, Judge Reinhold, and Brion James in the lead roles.

Then, she was selected for the role of Sister Mary Robert, a shy but musically gifted nun, in the musical comedy film “Sister Act”. She co-starred next to Whoopi Goldberg, Maggie Smith, and Kathy Najimy, with the film becoming very popular, so launching Wendy to stardom.

The following year, the magical quartet returned in the sequel “Sister Act 2: Back in the Habit”, after which she also portrayed Mae Mordabito in the short-lived Primetime Emmy Award-nominated TV sports-comedy series “A League of Their Own”.

Wendy enjoyed success throughout the ’90s, appearing in several popular films and television movies. She was Dr. Celeste Dunbar in the 1994 family adventure-comedy film “Camp Nowhere”, starring Jonathan Jackson, Christopher Lloyd, and John Putch, while in 1995, she co-starred in the Primetime Emmy Award-winning biopic “Serving in Silence: The Margarethe Cammermeyer Story”, which tells of a US Army woman officer, who was involuntary discharged when she outed herself as homosexual.

Next, in 1996 she starred in the television thriller crime movie “Death Benefit” with Peter Horton and Carrie Snodgress, and the same year co-starred with Stephen Collins and Damian Chapa in the television crime movie “On Seventh Avenue”. Wendy subsequently starred in the award-winning comedy-drama film “Air Bud” (1997), alongside Michael Jeter and Kevin Zegers, about an unlikely basketball star, a circus dog found on the street by a young boy.

Before the decade’s end, Wendy appeared in the romantic comedy-drama film “Finding North”, with John Benjamin Hickey, then joined the cast of the widely praised TV drama series “Judging Amy”, with Amy Brenneman in the lead role, who also created the series.

Wendy launched the 2000s with the role of Karen McNeil in the TV crime-comedy series “The Job” (2001-2002), then from 2003 to 2004, she played Charlotte Carline Beene in 24 episodes of the award-winning TV comedy series “Oliver Beene”, about an 11-year-old boy and his family’s misadventures.

After the end of the series, she joined the main cast of another comedy series, “Listen Up”, co-starring Jason Alexander and Daniella Monet, which ran for only one season before it was canceled.

To the end of the 2000s, Wendy appeared only in support roles in such TV series as “CSI: Crime Scene Investigation” and”Chuck” both in 2007), and in 2009 “Desperate Housewives”, among others.

After a few years of a career decline in the second half of the 2000s, Wendy returned to recurring and regular appearances with the role of Daniella Devlin in the TV mystery crime-drama series “The Mob Doctor” in 2011, which had Jordana Spiro, William Forsythe, and James Carpinello in the lead roles.

Next, she was Dr. Rachel Cranston in the popular TV procedural crime-drama series “NCIS” (2011-2014), and in 2017, returned to the big screen in the role of Mom in the sci-fi romantic drama film “The Discovery”, which starred the legendary Robert Redford.

Moreover, she portrayed Dorothy in the Academy Award-nominated 2019 drama film “A Beautiful Day in the Neighborhood”, which tells the story of a real-life friendship between Fred Rogers and Lloyd Vogel, and starred Matthew Rhys, Tom Hanks and Chris Cooper.

As of mid- 2022, Wendy Makkena’s net worth is estimated at over $3 million, accumulated through her prolific acting career, appearing in more than 60 film and TV titles to date.

Wendy is a wife, and a mother of one child. Since 1997, she’s been married to producer, writer, and director Bob Krakower, possibly best known as the producer of “Noise”, and writer of the film “Bobby Z”. The couple has a daughter, Ruby, but hasn’t revealed her age.

Wendy has launched the company that packs and sells frozen fruit and veggie pops, Ruby’s Rockets.

She loves animals and had a dog named Lola, but it passed away in old age.

She is physically active and enjoys various sports, including baseball and kickboxing, and she’s also an amateur interior decorator.