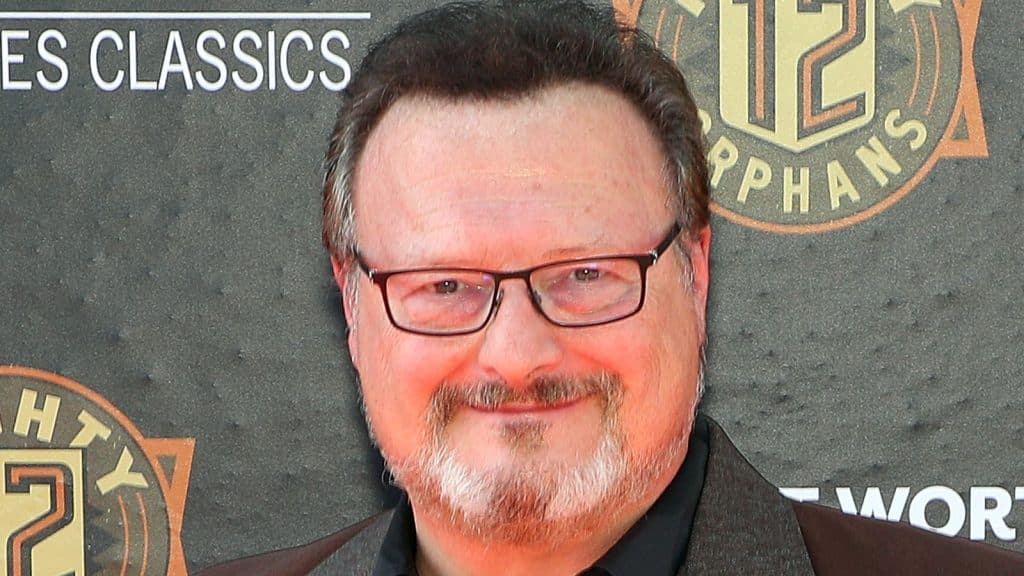 Where is Wayne Knight from Jurassic Park now? Net Worth, Wiki

Who is Wayne Knight?

An actor with over 120 acting credits to his name, Wayne Knight is still perhaps known best for his role as Dennis Nedry in the 1993 movie “Jurassic Park”, which brought him a nomination for the Saturn Award for Best Supporting Actor.

To television series lovers, Wayne is well known for his recurring role as Newman in the popular sitcom “Seinfeld”, and as Officer Don Orville in the comedy series “3rd Rock from the Sun”.

Wayne Elliot Knight was born under the zodiac sign of Leo on 7 August 1955, in New York City USA, thus he holds American nationality, and comes from a family of English and Italian descent.

Although born in New York City, Wayne was raised in Cartersville, Georgia by his parents, William Edward Knight who was a textile industry worker, and Grace Monti, a homemaker. Wayne is their only child.

Speaking of his educational background, he attended a local high school, where he was a lineman on the school’s football team. Upon matriculating in 1973, he enrolled at the University of Georgia, but dropped out a credit short of graduating, and moved to Abingdon, Virginia US to pursue his acting career.

There, Wayne received an internship at the Barter Theatre, and later moved back to New York City, making his Broadway debut in the play “Gemini” by Albert Innaurato, in 1979.

Eventually, he graduated from the University of Georgia with a Bachelor’s degree in Fine Arts in 2008.

Wayne made his big-screen debut in the 1979 movie “The Wanderers”, although his role was uncredited. In 1982, he had another uncredited role in the TV movie “For Lovers Only”. In the following years, the actor also had uncredited roles in “The Day After” (1983) and “The Burning Bed” (1984).

In 1985, he was seen as Max in the short movie “Double Negative”, and then was cast to play Bill Wright in “The Sex O’Clock News”, having one of the male lead roles opposite Doug Ballard and Lydia Mahan. Wayne followed with his role as Stevie in the 1986 movie “Forever, Lulu”, following in the 1987 Oscar-awarded (Best Music, Original Song) romantic drama “Dirty Dancing”, portraying Stan, and was next seen in “Everybody’s All-American” in 1988.

In the following year, he made an appearance as Official #2 in “Born on the Fourth of July”, starring Tom Cruise, Raymond J. Barry and Bryan Larkin, a biographic war drama based on the book of the same title by Ron Kovic, winning Oscars for Best Film Editing, and Best Director.

The early ‘90s saw Wayne in “V. I. Warshawski” and “Dead Again” both in 1991, and the two times Oscar-nominated – Best Film Editing, and Best Music, Original Score – movie “Basic Instinct” (1992). He portrayed Assistant District Attorney (ADA) John Correli, and after director Steven Spielberg saw his performance in this mystery thriller, Wayne was cast to play one of his most notable roles to date, as Dennis Nedry in “Jurassic Park”.

The movie was critically acclaimed and well accepted by the audience, and besides numerous accolades, won three Oscars for Best Sound, Best Effects, Sound Effects Editing, and Best Effects, Visual Effects. On the opening weekend in the USA and Canada, it took over $45 million, while gross worldwide was over $1 billion.

Wayne landed his first television series role in two episodes of “Assaulted Nuts” in 1985, and then guest-starred in an episode of the series “Tattinger’s” (1988) and “Murder, She Wrote” (1989).

In 1990, he portrayed Peter Pickwick in “Square One Television”, followed by his appearances as various characters in “The Edge”, a comedy that featured humorous skits and parodies of television commercials, which aired in 1992 and ‘93.

In the following years, Wayne made numerous guest appearances in various popular series, and since the list of his roles is too long to enumerate, we will mention some of his most notable, such as Haskell Lutz in “The Exes” (2011-2015), and his portrayal of Benjamin Roth in the TV mini-series “The Truth About the Harry Quebert Affair” in 2018.

Wayne hasn’t been the subject of any rumors and controversies concerning either his love life and his sexual orientation; it’s widely known that he was married before he met his present wife.

His first wife was make-up artist Paula Sutor, and they married on 26 May 1996, with the wedding ceremony held in Michael Richard’s home, Wayne’s friend and co-star, known for his role as Cosmo Kramer in “Seinfeld”. Wayne and Paula divorced in December 2003, but neither have shared the reason for their separation. They didn’t have children together.

On 15 October 2006, Wayne married Clare de Chenu, about whom nothing is known, since she prefers to keep her life away from the public eye. It’s known that the couple has a son named Liam, whose birthdate they haven’t revealed.

As of September 2022, the family of three lives in Toluca Lake, Los Angeles, California.

Where is Wayne Knight now?

Recently, Wayne was heard as Platypus in the 2021 animated movie “Back to the Outback”, and he was quite busy working on his new project. He’s completed the filming of the fantasy drama “Darby Harper Wants You to Know”, also starring Auli’i Cravalho and Tony Danza.

Although he has an Instagram account, it seems that he isn’t very active on this social media platform, since he has just one post, however, his fans can keep track of his work through his Twitter account, which has been followed by over 20,000 people.

According to sources, as of September 2022, his net worth has been estimated at close to $10 million.