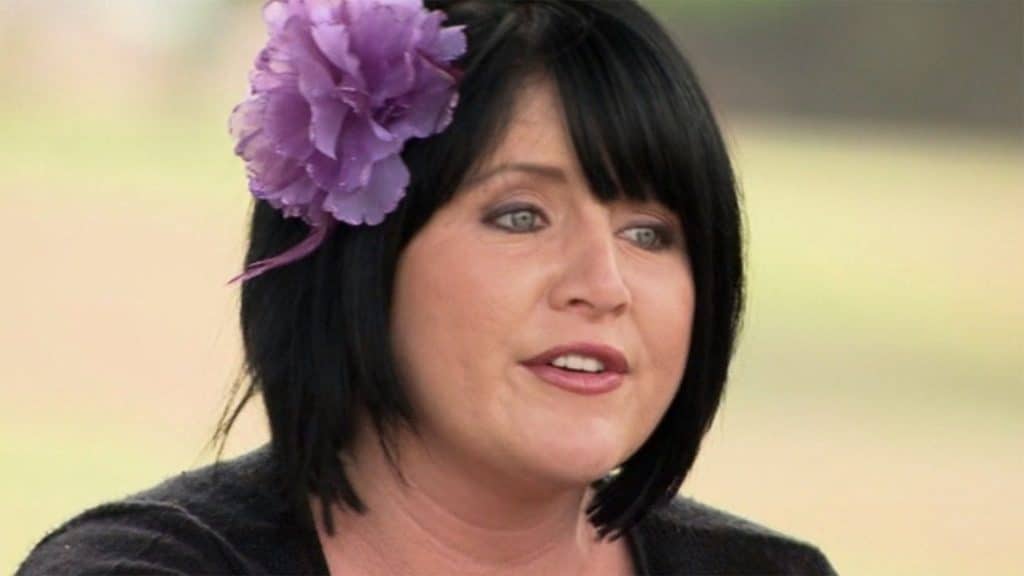 Where is Tina Yothers from ‘Family Ties’ now? Net Worth, Husband

Who is Tina Yothers?

Yothers is an award-winning American actress and singer, perhaps still best remembered as Jennifer Keaton in the TV series “Family Ties” (1982-1989), in addition to several other notable roles that she had during her career.

Where is Tina Yothers Now?

Tina has been away from the spotlight for quite some time, and has said that she quit acting to pursue other interests. These included music and family, though she has since appeared in the show “What Not to Wear” (2013), and in the “Family Ties Cast Reunion” in 2020.

She resides in Ontario, Canada, with her husband, Robert Kaiser.

Kristina Louise Yothers was born on 5 May 1973, in Whittier, California, USA, the daughter of television producer Robert Yothers and his wife Stella. Tina is one of four children and an only daughter – her brothers are twins Randy and Jeffrey, and Cory, who were all involved in show business early on, appearing mainly in commercials. Later in life, while volunteering, she discovered that she has a foster sister whose name is Tina.

She didn’t attend any high school as her acting career was on the rise, and she then focused fully on her career. Moreover, she has said that she even skipped classes in elementary to be on set.

Tina was just three years old when she joined her brothers in show business. She featured in numerous commercials throughout the ’70s alongside Corey and Randy, for such brands as McDonald’s, Doritos, and Bell Telephone.

However, she made her acting debut in 1981 in the episode “The Cherokee Trail” in Disney’s anthology series “The Magical World of Disney”, which features numerous stories from many genres. She portrayed the character Peggy Breydon, the main protagonist of the special, while her co-stars were Cindy Pickett, Mary Larkin and Timothy Scott.

After her debut, Tina made her feature film debut as Molly Dunlap, one of Dunlap girls in the drama “Shoot the Moon”, with Diane Keaton and Albert Finney as the main stars of the film, which tells the story of a mother of four, abandoned by her husband, and her struggles to keep the family afloat with a divorce hanging above her head. The film was directed by Alan Parker, while it was written by Bo Goldman, and eventually received a BAFTA nomination.

Happy 47th Birthday to Tina Yothers is an American actress and singer. Beginning a career as a child actor at the age of…

Tina’s most prominent role was as Jennifer Keaton in the TV comedy series “Family Ties”. Her character is the younger daughter of ex-hippies Steven and Elyse Keaton, portrayed by Michael Gross and Meredith Baxter, while her siblings on the screen were Alex, Mallory and Andrew ‘Andy’ Keaton, played by Michael J. Fox, Justine Bateman, and Brian Bonsall.

The series follows family adventures – young Jennifer is a tomboy with a massive interest in gymnastics. Described as a liberal like her parents, in contrast to her siblings, Tina’s portrayal was widely praised, starring in all 172 episodes of the Primetime Emmy Award-winning series created by Gary David Goldberg. She received Young Artist Award in the category for Best Young Supporting Actress in a Teevision Comedy Series for her work in the series.

In addition to the TV series, Tina featured in the television movies related to the show – “Family Ties Vacation” (1985) and “Mickey’s 60th Birthday” (1988).

Two years later, she starred in the television drama movie “Laker Girls”, about three cheerleaders who aspire to become members of the basketball team the Los Angeles Lakers cheerleading squad; her co-stars were Paris Vaughan and Shari Shattuck.

Tina’s next on-screen appearance was in the short film “Spunk: The Tonya Harding Story”, while in 1995, she appeared in the television mystery crime-drama movie “A Perry Mason Mystery: The Case of the Jealous Jokester”, with Hal Holbrook, Barbara Hale and William R. Moses in the lead roles.

She made a guest appearance in the eponymous sitcom “Married… with Children” in 1996, after which she took an hiatus from acting.

Her return was nine years later, and on stage, selected for the lead role in “Lovelace the Musical”, a stage show based on former adult films star Linda Lovelace’s life. Then, from 2005 to 2007, she was a regular performer at Dinner Theater in Boca Raton.

Her most recent appearance was in the show “What Not To Wear” in 2013.

Tina Yothers look-alike is not a good look pic.twitter.com/zjH7mGwGSM

In additional to acting, Tina is a singer – she formed the band Jaded with her brother Cory, who was on the keyboards, with other members of the band including Michael Anderson on guitar, Jerry Franco also on guitar, Larry Rosales as drummer, then Mike Wilson on bass and Phil Jordan played the trumpet. The band released its only album, “Jaded” in 1998.

According to sources, Tina Yothers’s net worth is estimated at over $2 million, as of late 2022, which she’s earned through her acting career.

Tina is not much of a talker regarding her personal life, but some information has become public. She married Robert Kaiser, an electrician in 2002, and the couple has daughter Lillian Grace ‘Lilly’, born in 2005, and son Robert Jake born in 2007. Moreover, Tina is a stepmother to Robert’s daughter from one of his previous relationships.

Tina is an author, and her debut book “Being Your Best: Tina Yothers’s Guide for Girls” was published in 1987.

She was nicknamed Bear by Michael J. Fox while on the set of “Family Ties”.

Her hobbies include swimming and playing hockey.