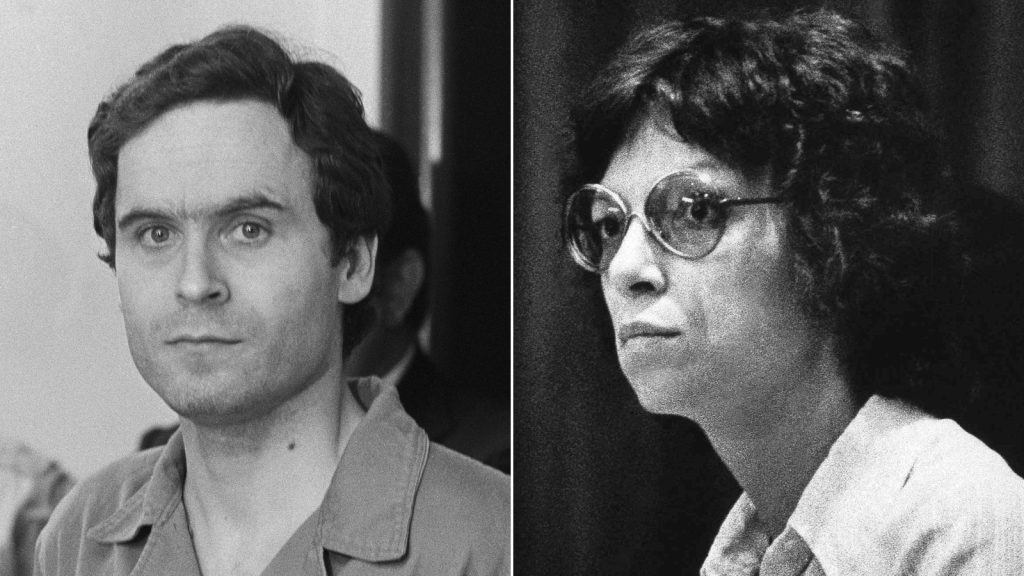 When the Netflix series “Conversations with a Killer: The Ted Bundy Tapes” was premiered in 2019, the notorious serial killer and rapist again came into the limelight because of the horrible acts he’d committed. People were interested in his personality and his life, and a big part of this story was his ex-wife, Carole Ann Boone.

The question most often asked was how she could fall in love with someone like him; is it possible to love a killer? To answer these questions from Carole’s angle, let us tell you all about her, so you can judge what was in her head.

Carole Ann Bone was born in 1947, in Olympia, Washington State USA; little is known about her life before she met her future husband, Ted Bundy, in 1974.

The two worked together in the Department of Emergency Services in Olympia, and at that time, Carole was going through her second divorce. Eventually, Ted asked her on a date, however, Carole refused, and their relationship was at that time a platonic friendship.

Carole once said: ‘I guess I was closer to him than other people at the agency, I liked Ted immediately. We hit it off well.’ According to reports, she didn’t know that Ted was already kidnapping, raping and killing young women.

Many people who knew Ted said that he was quite charming, and women felt that there was something substantive to him that was unspoken. No one assumed that this man, who at one time in his life was even a de facto father figure to the daughter of his ex-girlfriend, Elizabeth Kloepfer, was capable to do such things.

In 1975, Ted was arrested in Utah when police found pantyhose, a crowbar, ski mask, handcuffs, and an ice pick in his car, and he was ultimately convicted of the kidnap and assault of a 12-year-old girl.

Nonetheless, Carole and Ted’s relationship slowly grew stronger – the two exchanged letters, and she even visited him in prison.

Two years later, Ted was extradited to Colorado to finish his 15-year sentence, but with the help of money which Carole smuggled in, he managed to escape from prison. He went to Florida, where he committed three murders, his victims being Margaret Bowman and Lisa Levy, Chi-Omega sorority girls, and 12-year-old Kimberly Leach.

His loyal friend, Carole, moved to Florida so she could attend the trial, and once she said: ‘Let me put it this way, I don’t think that Ted belongs in jail. The things in Florida don’t concern me any more than the things out west do.’

When she was asked about the murder charges, she said that they don’t have reason to charge Ted with murder in either Leon County or Columbia County. How supportive of him she proved with her decision to move to Gainesville, a town about 40 miles from the prison, so she could visit Ted on a weekly basis.

On 9 February 1980, Ted – who acted as his own defense attorney – called Carole to take the witness stand and asked her to describe him. Carole answered that he is kind, warm, and patient, adding that she had never seen anything in Ted that indicates any destructiveness towards any other people.

Then Ted proposed to Carole, and she said ‘yes’ – the marriage was legitimate, because an old Florida law stated that ‘as long as a judge is present during a declaration of marriage in court, the intended transaction is legally valid’.

Carole explained that they had sex during her visits, and she conceived. She said that one of the guards was ‘real nice’, and that he would often turn a blind eye to their activities. On 24 October 1982, Carol gave birth to their daughter, Rose.

As Ted neared his execution day, he became more willing to confess all the horrific crimes he had committed, revealing that he had raped and killed over thirty women. Undoubtedly traumatized by Ted’s confessions, and the psychological manipulation and abuse she’d experienced, Carole decided to move on.

In 1986, a few years before he was executed, Carole divorced Ted, and allegedly never saw him again, and even refused to speak with him on the day of his execution when he tried to contact her.

Then and now. An undated photo(right) of Ted Bundy’s wife Carole Ann Boone. Carole passed away from sepsis in a Washington State retirement home in 2018. #tedbundy #serialkillers #truecrime #truecrimecommunity pic.twitter.com/U5BsEEBAM1

After she divorced Ted, Carole moved from Florida with their daughter and her son from her previous marriage, and tried to lead a peaceful life away from the public eye. Some reports were saying that she’s changed her name to Abigail Griffin and moved to Oklahoma, while others were saying that she remarried and leads a quiet life.

In 2018, it was reported that Carole Ann Boone died from septic shock in a Washington State retirement home. Her fellows from the home didn’t know anything about her past, and said that she was known as someone who enjoyed watching nature programs and knitting.

Who was Ted Bundy?

Theodore Robert ‘Ted’ Bundy – born Cowell – was an American serial killer, and until this day, the exact number of his victims is unknown. Biographer Ann Rule described him as ‘a sadistic sociopath who took pleasure from another human’s pain and the control he had over his victims, to the point of death and even after’.

He was born on 24 November 1946, in Burlington, Vermont USA, and was raised by his single mother, Eleanor Louise Cowell – his father’s identity has never been confirmed, although some reports say that his father was a US Air Force veteran named Lloyd Marshall, but this wasn’t confirmed either.

While he was a toddler, Ted and his mother lived with her parents, and he was told that his grandparents were his parents and that his mother was actually his older sister. Eventually, growing up, Ted discovered the truth.

One of Ted’s childhood neighbors described him as a bully, saying that he liked to terrify people, and to inflict pain, suffering, and fear.

In 1951, Ted’s mother married Johnny Culpepper Bundy – he formally adopted Ted, and the two had four children together. Although Johnny tried to include him in all family activities, Ted remained distant from his stepfather and step-siblings.

Upon matriculating from high school in 1965, Ted enrolled at the University of Puget Sound, and then transferred to the University of Washington to study Chinese. He dropped out of college, but returned in the early ’70s, this time to study psychology, graduating in 1972.

There’s no consensus as to when or where Ted began killing and raping women, because he told different stories to different people.

He was sentenced to three death sentences, and was executed in the Raiford electric chair on 24 January 1989 – his body was cremated in Gainesville, Florida., and his ashes scattered at an undisclosed location in the Cascade Range, Washington State, in accordance with his will.