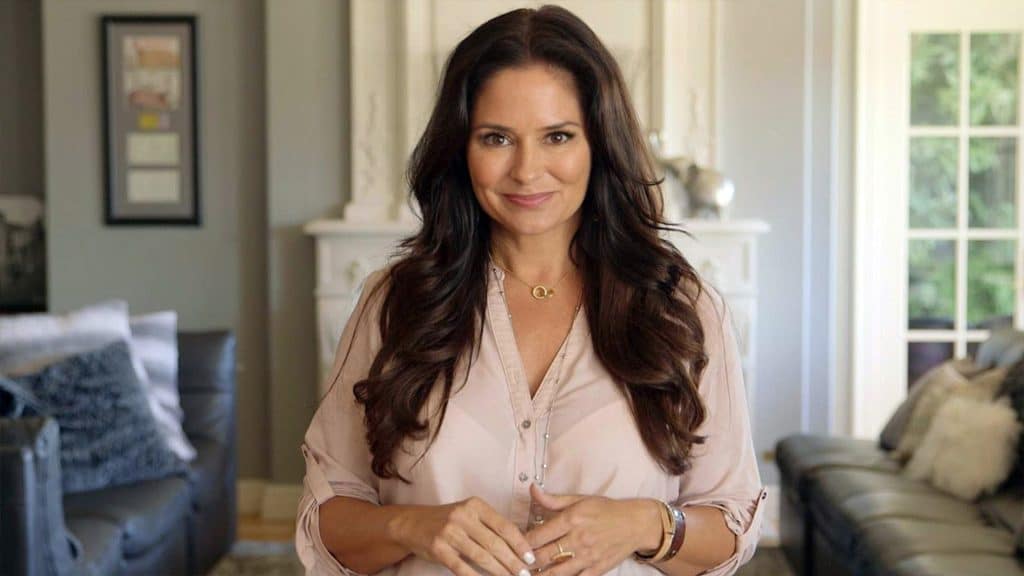 Where is Tanya Memme now? What is she doing today? Biography

Canadian actress and producer Tanya Memme was born in Wainfleet, Ontario, Canada, on 15 June 1971 under the zodiac sign of Gemini. She’s perhaps best known for producing of the 2008 horror science fiction movie “Terror Inside”, written and directed by Joe G. Lenders, and in which she starred alongside Corey Feldman and Joe Abby. It follows well driller Joe who’s discovered a strange liquid which has now been absorbed by his skin; the movie won six awards.

Tanya hasn’t done any acting since 2008, and is currently focused on her career as a producer and reality show host.

Canadian married couple Beverley and Frank Memme raised their daughter Tanya in Wainfleet, alongside her brothers Michael and Jeremy; Tanya hasn’t shared many details about her parents and brothers, as she respects their privacy.

She was mostly into modelling while growing up, hoping that she’d eventually become famous worldwide, and walk the catwalk for the most popular designers. Tanya studied at Denis Morris Catholic High School, at which she practiced dancing and played volleyball; she matriculated in 1989, then enrolled at The American Musical and Dramatic Academy, graduating with a Bachelor’s degree in 1993.

Tanya was focused solely on working as a model until 1996, when she made her debut TV series appearance in the episode “Dingo” of the action crime drama “F/X: The Series”, and gained recognition in 1998, with her portrayal of Female Lab Tech in the episode “Suddenly Sperm” of the romantic drama “Melrose Place”, which Darren Star created, and which starred Courtney Thorne-Smith, Andrew Shue and Heather Locklear. It follows a group of people working in Melrose Place in California, the series aired for seven years from 1992, and won six of its 14 award nominations.

One of my favorite actresses of all time, @SAghdashloo! I was in awe when I saw her, an amazing woman inside & out. pic.twitter.com/MfiuoztcD9

Tanya’s debut film appearance was her portrayal of Trader’s Assistant in the 1997 family comedy movie “Jungle 2 Jungle”, directed by John Pasquin, and which starred Tim Allen, Martin Short and JoBeth Williams. It follows a boy who spent 13 years in the jungle, and has now been brought to New York City by his father; the movie was nominated for three awards.

Tanya’s following role came in 2005, when cast to play Jenny in the comedy “Repetition”, and her only other film appearance, besides in “Terror Inside”, has been her portrayal of Field Reporter – Bern’s Death in the 2008 science fiction comedy drama “Visioneers”, directed by Jared Drake, and which starred Zach Galifianakis, Judy Greer and Mia Maestro. Set in the world in which people are dying by exploding from stress, George Washington Winsterhammerman is trying to continue living his simple and peaceful life; the movie won a CineVegas International Film Festival Audience Award for Narrative Feature.

The 2008 movie “Terror Inside” also marked the launch of Tanya’s producing career, and she then went on to produce 26 episodes of the reality show “Sell This House: Extreme”, which aired from 2011 to 2013. Tanya co- starred in it, alongside Charlie Frattini and Daniel Kucan, and it follows her and her friends as they’re trying to help sell the houses which’ve been on the market for too long.

She also produced 10 episodes of the 2021 reality show “Smart Home Nation”, as well as starring in it alongside Peter McCarthy and Andrea McMullen.

So many more DIY’s for spring coming up on A&E and FYI for you! And 20 more episodes of Sell This House as well as 10…

Tanya was featured in the 2008 short documentary video “Every Monday Matters”, and the 2015 documentary movie “Being Canadian”.

Tanya’s made a guest appearance in the talk-shows “The Talk” and “Q N’ A with Mikki and Shay”, amongst others.

Tanya won a 2008 Crystal Reed Award for Best Actress in a Feature under $1 million, for her performance in “Terror Inside”.

Even though Tanya avoids talking about her love life in public, it’s still widely known that she was once a married woman. She exchanged vows with popular film producer Vahan Yepremyan on 23 October 2010, in a rather small ceremony attended by around 50 of their closest family members and friends; Vahan’s probably best known for producing the 2011 family movie “Lost Christmas”, the 2014 action adventure comedy film “Captain Sabertooth and the Treasure of Lama Rama”, and the 2021 mystery comedy drama “Dr. Bird’s Advice for Sad Poets”.

Tanya hasn’t mentioned the men whom she dated prior to meeting Vahan or after divorcing him, and seems to be single as of October 2022, was once married to Vahan Yepremyan and has a daughter with him.

Tanya enjoys posting pictures and videos onto her Instagram account, and there are currently nearly 1,800 on it, while her account’s followed by over 21,000 people.

Travelling’s one of Tanya’s favorite hobbies, and she loves to fly; she’s been to many US states, mostly for work, and has also vacationed around the world; her favorite city to travel to is Prague, Czech Republic.

She’s a philanthropist, and is today involved with a number of charity organizations, mostly with those that help children and war veterans.

Tanya’s favorite actresses are the late Katharine Hepburn, and Jodie Foster, and some of her favorite movies are “The African Queen”, “Bringing Up Baby”, and “On Golden Pond”.