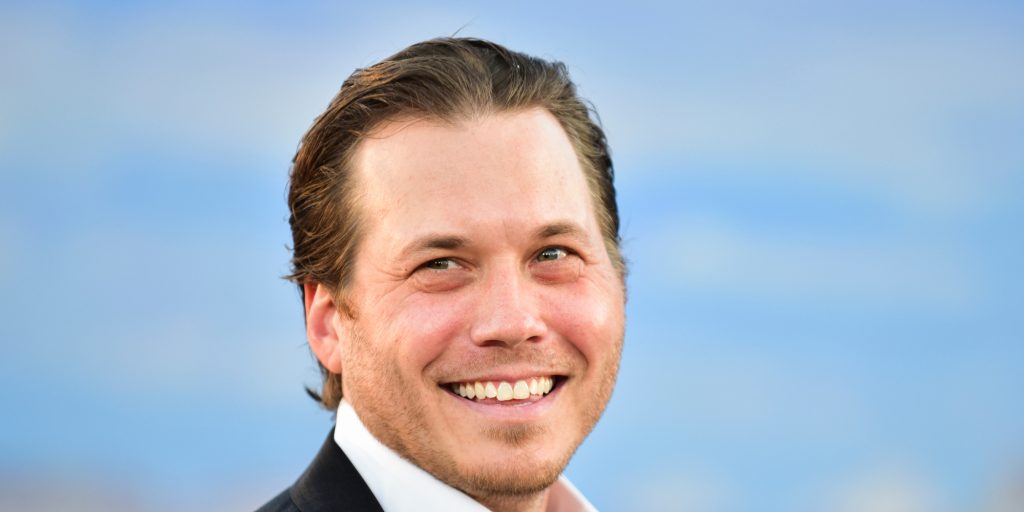 Where Is Scott MacArthur Now? Wife, Net Worth, Height, Wiki

The American actor and writer Scott MacArthur, is perhaps most famous for playing Jimmy Shepherd in the series “The Mick,” which premiered on Fox in 2017. He’s also widely recognized for his starring roles in the productions “How To Be a Gentleman” and “Answers to Nothing.”

Scott Wadsworth MacArthur hails from Chicago, Illinois, and was born under the Leo zodiac sign on 6 August 1979, which makes him 43-years-old as of 2022. He was born to Shelley Farley and Bruce MacArthur, and was raised together with his elder brother Hayes MacArthur, who is now an actor, stand-up comedian, and essayist in Wrigleyville.

Scott attended a local high school before joining college in the Northeast. He later returned to Chicago to study at the Second City Training Center and iO Theater, before he moved to Los Angeles, and then New York.

Scott is physically active and likes playing stickball – he broke his leg in 2013 while playing the game.

He is a big fan of the Chicago Cubs baseball team, and attends most of their matches – he accompanied his co-star in “The Mick”, Kaitlin Olson to Wrigley Field Stadium to watch the Cubs play Game three of the World Series in 2016. During an interview with the Chicago Tribune, he spoke about his experience during the match day and said that, ‘They were the nicest seats I’ve ever sat in at a Cubs game, by far. The whole thing was surreal…’

In 2000, Scott played Secondhand McMahn in the short video “Smoky Lies”, before he made his TV debut in 2006 in the show “Mad TV.” He then featured in the episode “Graphic” of 2007 show “Numb3rs”, before playing Anton and Jim in the shows “Medium” and “Mad Men” respectively. In the same year, he was selected for a role in the comedy film “Untitled Liz Meriwether Project,” which follows the story of four college female friends.

Scott made his feature film debut in 2011, with his role of Allan in the mystery thriller “Answers to Nothing,” which featured Julie Benz, Dane Cook and Elizabeth Mitchell; he also appeared in the TV shows “Perfect Couples” and “Jimmy Kimmel Live” in the same year. MacArthur was cast as Rob and Frank in the films “The Longer Day of Happiness” and “Good Satan” respectively and in the series “How to be a Gentleman” and “NCIS: Los Angeles” all in the same year of 2012. MacArthur later landed guest roles in the series ” The Mindy Project” in 2014 and “Angie Tribeca” in 2016.

In 2017, MacArthur made his career breakthrough with his lead role in the sitcom “The Mick,” in which he appeared in 36 episodes alongside Sofia Black-D’Elia, Thomas Barbusca and Katlin Olson before it ended in 2018. In 2019, he played the supporting role of The Devil/Scotty in nine episodes of the Danny McBride and Adam DeVine-starred show “The Righteous Gemstones”, and in the same year, he was selected to star in the films “Rim of the World” and “El Camino: A Breaking Bad Movie.”

More recently, MacArthur guest-starred in the series “Superstore” (2020), and portrayed Leeroy in the comedy horror movie “The Babysitter: Killer Queen” in the same year. In 2022, he starred alongside Olivia Taylor Dudley and David Arquette in the film “Chuck Hank and the San Diego Twin.”

MacArthur made his directing debut with the short film entitled “Sasha & Sasha: F Your Face” in 2010, which he also wrote and produced. In the same year, he directed the videos “Dan Elf: Press Conference,” “The Bare Show,” and “Thom Pilgrim: Press Conference.”

Scott is active on Instagram, and has around 20,000 followers – he actively posts about his interests and upcoming works. He doesn’t have official Twitter and Facebook accounts.

Scott has remained tight-lipped about his romantic life, and is presumably single as of 2022. There are no details regarding his past dating history, or ex- or current girlfriends.

MacArthur is 5ft 11ins (1.80m) tall and weighs approximately 165lbs (76kgs). He is of white ethnicity, and has light brown hair and a set of brown eyes.

Scott is seemingly living a relatively lavish lifestyle, having accumulated a good sum from his writing and acting careers. His net worth is approximately $2 million as of mid-2022.

Who Is Scott’s Brother Hayes MacArthur?

The “Life as We Know It” star, Hayes MacArthur was born under the Aries zodiac sign on 16 April 1977 (44 years old), in Chicago. He went to Deerfield Academy, and matriculated to Bowdoin College.

MacArthur has appeared in many successful projects – some with his wife Ali – such as 2007’s comedy “Homo Erectus.”

He caught the public’s attention with his praised performance in the film “Atlanta” (2007), which saw him landing roles in several TV shows and films such as Digdug in “Lower Learning”, and in the sitcom “Worst Week” as Chad, both in 2008, and the films “She’s Out of My League” and “Answers to Nothing” in 2010 and 2011 respectively. He subsequently featured as Dale in the film “Bachelorette” in 2012, and as Tom in “Another Happy Anniversary” in the year that followed. Hayes’ most recent roles are in the TV show “Merry Happy Whatever” (2019), the comedy show “Schooled” as Greg in 2020, and films “The Way Back” and “The Binge” both in 2020.

Hayes married his longtime girlfriend, Ali Larter, on 1 August 2009. One year later, the couple reported that they were expecting their first-born, and shortly afterwards welcomed a son, Theodore Hayes MacArthur, in December 2010. Four years later, daughter Vivienne Margaret arrived in January 2015. Hayes’ wife is a dog lover who has adopted two dogs, Ella and Jackpot.

Scott’s brother is 6ft 2ins (1.88m) tall and weighs approximately 137lbs (62kgs). He has black hair and brown eyes. According to sources, he’s worth approximately $8 million, accumulated through his career as an actor and comedian.