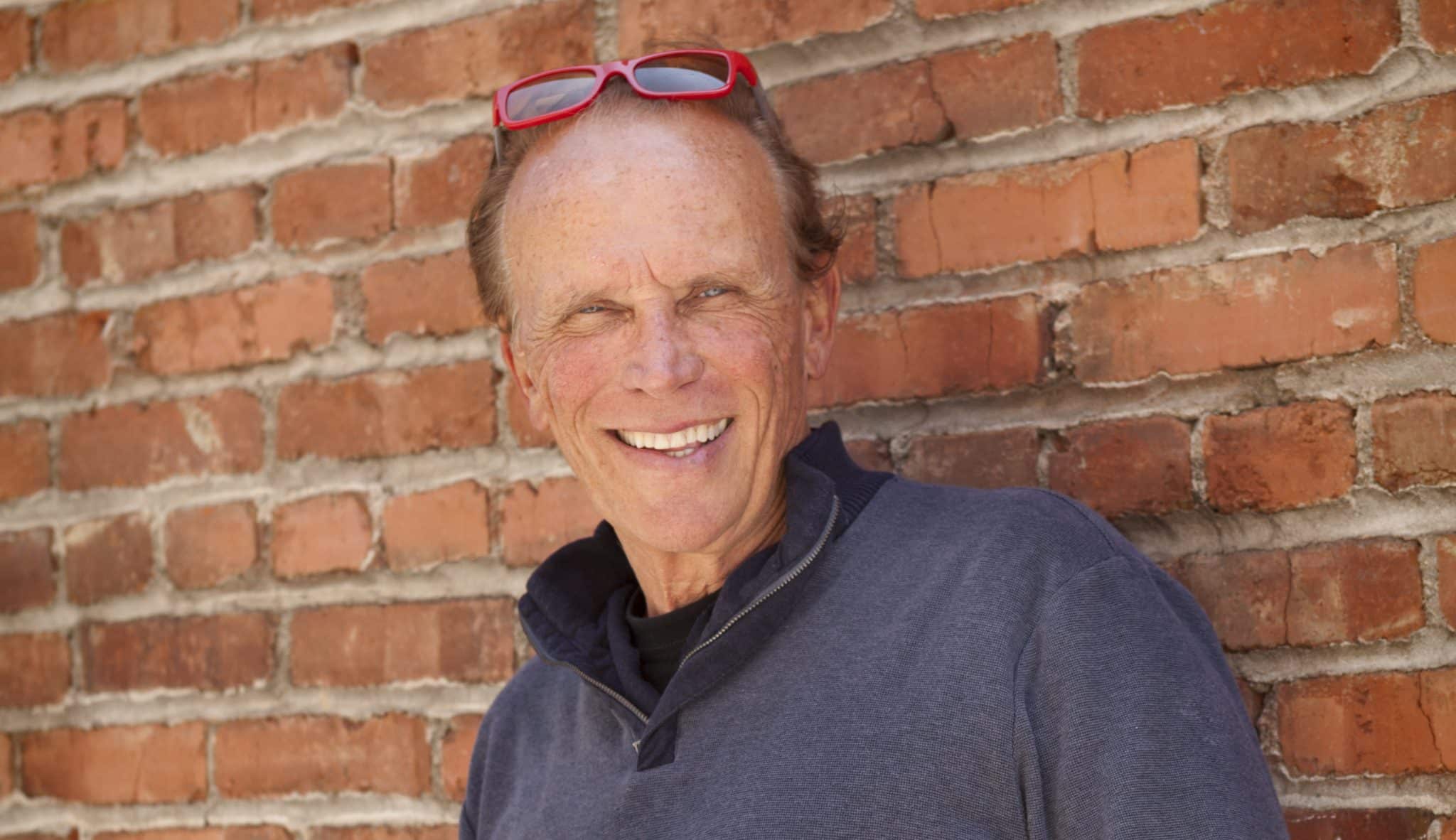 Where is Peter Weller now? What is he doing today? Biography

Who is Peter Weller?

American actor, film director and art historian Dr. Peter Francis Weller, was born in Stevens Point, Wisconsin USA, on 24 June 1947 under the zodiac sign of Cancer. He’s appeared in close to 90 movies and TV series, and is perhaps still best known for his playing of the main character Alex Murphy aka RoboCop in the critically acclaimed 1987 action science fiction film “RoboCop”, directed by Paul Verhoeven, and which also starred Dan O’Herlihy and Nancy Allen. It follows the life of a cyborg police officer, and the movie won 11 of its 26 award nominations, which include two Oscar nominations for Best Sound and Sound Effects Editing.

Peter’s still today quite active in the film industry, and is currently shooting for the upcoming episode “The Viewing” of the mystery horror series “Guillermo del Toro’s Cabinet of Curiosities”.

American attorney and federal judge Frederick Bradford Weller and his American homemaker wife Dorothy Jean (nee Davidson) raised their son Peter in Stevens Points, alongside his sister Ann Weldon; because of Frederick’s job, the family lived in Germany for a couple of years, prior to settling in Texas.

Peter’s passion for acting was born while he was attending Alamo Heights High School; he portrayed lead characters in most of the school plays, and by the time he matriculated in 1965, Peter knew that he would eventually be pursuing a career in the film industry.

He went on to study at North Texas State University, and was interested in several activities during his four years there, including playing the trumpet, acting and sports. Peter was presented with his Bachelor of Arts degree in theatre in 1969, and he then studied acting at the American Academy of Dramatic Arts.

More than three decades later, in 2004, Peter graduated from Syracuse University with a Master’s degree in Roman and renaissance art, and earned his Ph. D. from the University of California, Los Angeles in 2014.

Peter’s debut film role was his portrayal of Lieutenant Fellows in the 1973 adventure drama “The Man Without a Country. He appeared in only two other movies in the ‘70s: the 1975 drama “The Silence” and the 1979 western comedy “Butch and Sundance: The Early Days”.

He starred as Buckaroo Banzai in the critically acclaimed 1984 adventure science fiction comedy “The Adventures of Buckaroo Banzai Across the 8th Dimension”, directed by W. D. Richter, and which also starred John Lithgow and Ellen Barkin. The film follows rock ‘n’ roll musician and brain surgeon Buckaroo Banzai, as he and his friends are trying to stop aliens from conquering Earth; it was nominated for five awards.

What marked the 2000s for him was perhaps his playing of Rabbi in the 2005 drama “Man of God”, written and directed by Jefery Levy, and which starred Graham Beckel, Jason Behr and James C. Burns; it follows a Rabbi who’s questioning his faith.

In 2013, Peter portrayed Marcus in the hit action science fiction adventure “Star Trek Into Darkness”, directed by J. J. Abrams, and which starred Chris Pine, Zoe Saldana and Zachary Quinto. It follows Captain Kirk as he’s trying to salvage a weapon of mass destruction from a world in war, and the film won seven of its 67 award nominations, including an Oscar nomination for Best Achievement in Visual Effects.

Peter’s debut TV series role was his playing of Donald Stryker in the 1977 episode “Nazi” of the crime drama “Lou Grant”, then in 1981, he played Captain Peter Niles, one of the lead characters in the romantic mini-series “Mourning Becomes Electra”.

He spent the following two decades focused solely on appearing in movies, so his next TV series role was his portrayal of Chuck Taggart in the critically acclaimed action adventure drama “Odyssey 5”, created by Manny Coto, and in which he starred alongside Sebastian Roche and Christopher Gorham. It follows five astronauts who’ve been sent back in time to prevent the destruction of Earth – the series aired from 2002 to 2004 and was nominated for two awards.

The remainder of the 2000s saw Peter appear in an episode or two of the crime thriller drama “The Handler”, the action adventure drama “Star Trek: Enterprise”, and the crime comedy “Monk”, amongst other series.

EXCLUSIVE: How Robocop's Peter Weller got involved with Star Trek Into Darkness…http://bit.ly/13jmJY0

In 2013 and 2014, he portrayed Charles ‘Charlie’ Barosky in the crime thriller drama “Sons of Anarchy”, written by Kurt Sutter, and which starred Mark Boone Junior, Katey Sagal and Charlie Hunham. It follows a member of an outlaw biker club who’s struggling to do well as a father; the series aired from 2008 to 2014, and won 11 of its 72 award nominations.

He received special thanks for the 2019 short drama movie “Precipice” and the 2020 episode “RoboCop NES, SNES, Sega & Arcade” of the comedy series “The Irate Gamer”.

He’s been featured in numerous documentary movies, most recently in the 2016 “Into the 8th Dimension”, the 2021 “Broadway: Beyond the Golden Age”, and the 2022 “In Search of Tomorrow”.

Peter’s won one of the nine awards for which he’s been nominated: a 1983 Paris Film Festival Award for Best Actor, for his performance in the horror thriller “Of Unknown Origin”.

He was also nominated for a 1994 Oscar for Best Short Film, Live Action, together with Jana Sue Memel, for “Partners”.

Although Peter avoids talking about his love life in his interviews, he’s still mentioned two women whom he’s been with. He met American actress and activist Elizabeth Alice ‘Ali’ MacGraw in 1980, while they were shooting together for the comedy movie “Just Tell Me What You Want”, and they spent the following 10 years dating on and off.

Peter turned 59 on the day that he married American actress Shari Stowe (on 24 June 2006), with whom he had previously been in a relationship for over a decade; Shari gave birth to their son in August 2011, but she and Peter are keeping the boy away from media.

He also has a daughter Kate Linden Weller, born in 1982, but the name of the girl’s mother hasn’t been disclosed.

Peter hasn’t spoken of other women whom he might have dated – he’s married to Shari Stowe as of September 2022, and has a son with her, as well as a daughter from a previous relationship.

Peter loves to smoke cigars, and has got into trouble because of this more than once; he enjoys smoking inside bars and restaurants, and when asked to put out his cigar, he either does it or goes to another place.

He was once a member of the jazz band The Mildred Snitzer Orchestra, and they performed around Los Angeles.

Peter’s an avid runner, and was 39 years old when he completed the 1986 New York City Marathon in less than four hours.

He enjoys learning languages, and is fluent in Italian.

Peter’s favorite actors are Christian Bale and Keanu Reeves, and a couple of his favorite movies include “John Wick”, “Constantine” and the trilogy “The Matrix”.

Peter’s net worth’s been estimated at over $8 million, as of September 2022.