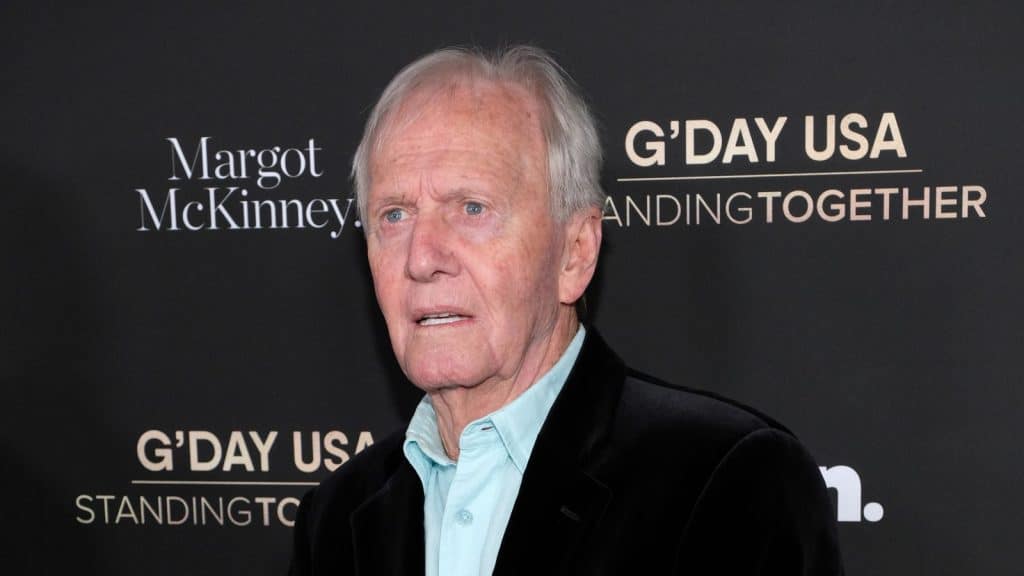 Who is Paul Hogan?

Hogan is an Australian actor and comedian, perhaps best known to the world as Michael ‘Mick/Crocodile’ Dundee in the “Crocodile Dundee” film series from 1986 to 2001, in addition to several other popular roles he has had during his career.

Where is Paul Hogan Today?

Paul Hogan is partly living in California, though far away from Hollywood’s glitz and glamour. He now enjoys a single life and spends time with his 24-year-old son Chance, whom he got with his second wife. In a rare interview, Paul admitted that he misses Australia, but he remains on US soil because of his son. He continued saying that he would leave for Australia permanently when Chance was ready to move.

The family moved to Granville in Western Sydney when he was a young boy, and attended Parramatta Marist School where he got his primary and high school education.

Before making his way into acting, Paul worked as a rigger on the Sydney Harbour Bridge.

Paul launched his showbiz career in the early ‘70s with a comedic TV performance in the amateur talent program “New Faces”, aired on the Nine Network.

He stunned the audience with his negative take on the jury, as they treated the performers as a laughing stock. The high praise from the public saw him return to the show a few times more; he would end his performance with a rudimentary skill, which included simply throwing knives to the floor while claiming he could tap dance and shuffle knives simultaneously.

He was spotted by Mike Willesee, who was the host of the news magazine show “A Current Affair”, who offered Hogan a regular spot on his show. Hogan accepted, and for the next two years, he would make humorous comments on daily social issues. He became quite popular during this time, and made a few connections, including John Cornell, who then became his manager and business partner.

Paul enjoyed tremendous success not only in Australia but around the globe, especially in the UK and South Africa. He filmed commercials for several brands, including Winfield cigarettes, Foster’s Lager, and promoted the Australian tourism industry.

In 1985 he made his acting debut as Cpl. Pat Cleary in the short-lived TV historical war-drama series “Anzacs”, written by John Dixon, who wrote the Cleary character thinking about casting Hogan.

In 1986, he wrote and starred in the film “Crocodile Dundee”, as Mick ‘Crocodile’ Dundee, about a rugged crocodile hunter and his move to New York City after a reporter, inspired by his life story, takes him to the Big Apple.

The film became a huge success, winning Paul his only Golden Globe Award in the category for Best Performance by an Actor in a Motion Picture – Comedy or Musical and an Academy Award-nomination for Best Writing, Screenplay Written Directly for the Screen.

Crocodile Dundee II was released on this date in 1988 🎬

Two years later, the sequel “Crocodile Dundee II” (1988) came out to rave reviews, but it failed to match the success of the original release.

His next project was the lead role in the comedy-drama film “Almost an Angel”, which he wrote, while John Cornell directed the film; unfortunately, the film was a bust, however, this didn’t stop him from continuing his rather successful career.

Paul wrote and starred in the Western comedy film “Lightning Jack” in 1994, co-starring Cuba Gooding Jr. and Beverly D’Angelo, and in 1996 he had the lead role in the remake of the 1963 film “Flipper”. Before the decade ended, Paul starred alongside Judge Reinhold and Rosanna Arquette in the television drama movie “Floating Away” (1998).

He began the new millennium with the third Crocodile Dundee film, entitled “Crocodile Dundee in Los Angeles” (2001); however, the film failed to make an impact, and became the last in the series.

In 2009, he teamed up again with Dean Murphy, this time for the comedy-drama film “Charlie & Boots”, after which he focused on other interests, including stand-up comedy. He toured Australia with his stand-up show “An Evening with Hoges”, and some of his performances were featured in the documentary “Hanging with Hoges” (2014).

In 2018 he returned to acting with another Dean Murphy film, entitled “That’s Not My Dog!”, co-starring Shane Jacobson and Ronald Jacobson, and in 2020 he portrayed himself in the comedy film “The Very Excellent Mr. Dundee”.

As of mid- 2022, Paul Hogan’s net worth has been estimated at $27 million, earned through his successful career as an actor and comedian.

Paul has three marriages behind himself, two of which were with his first wife, Noelene Edwards. The two married in 1958 but divorced in 1981. However, they remarried the following year, but in 1986 divorced for the second time, rated  as one of the ugliest divorces in Australia. They have five children together.

In 1990, he married Linda Kozlovski, his “Crocodile Dundee” co-star, but in October 2013, Linda filed for divorce, with the process finalized in 2014. The couple has one son together.

From the early 2000 to 2010, Paul was under investigation by the Australian Taxation Office for alleged tax evasion on his earnings from the “Crocodile Dundee” franchise.

He was under scrutiny for quite some time before settling the lawsuit out-of-court in 2012. According to Chris Jordan, Commissioner of Taxation, Hogan paid a substantial amount to settle the lawsuit. Paul later came forward, denied such allegations, and criticized the Commissioner for breaking the confidentiality of the agreement made in 2012.

The prominent actor had blonde hair, which naturally grayed out as he got older, and he has blue eyes. He stands at a height of 5ft 9ins (1.75m), while he weighs approximately 159lbs (72kgs).