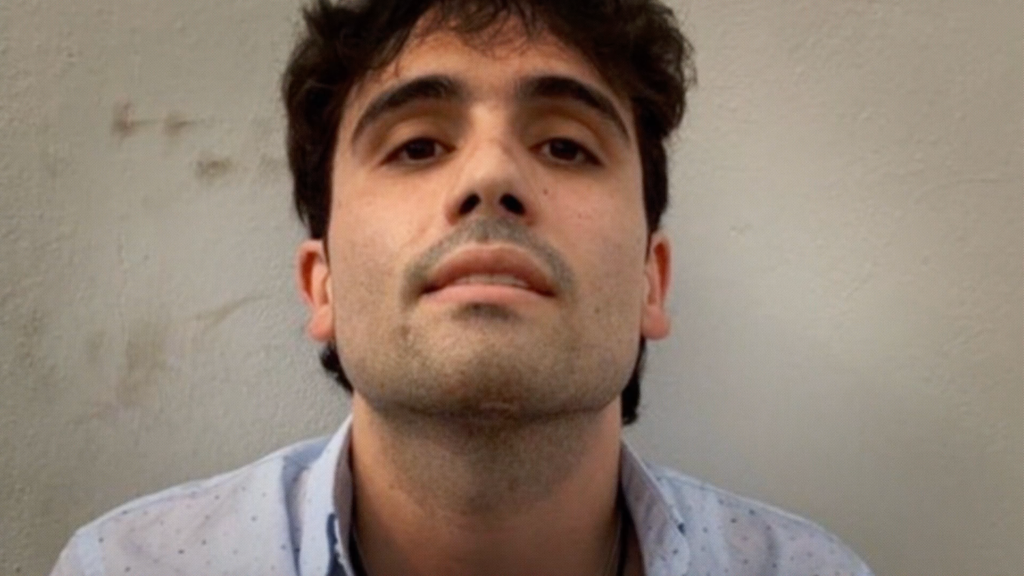 Who is Ovidio Guzmán López?

‘El Raton’ or ‘El Nuevo Raton’ (‘The Mouse’ or ‘The New Mouse’), whose real name is Ovidio Guzmán López, is a high-ranking member of the Sinaloa Cartel, a large international, organized crime syndicate, that specializes in drug trafficking and money laundering.

Ovidio is the son of the infamous drug lord, Joaquin ‘El Chapo’ Guzmán, a former leader of the cartel, once considered the world’s most-wanted criminal.

Up to $5M reward announced for information leading to the arrest of Sinaloa, Mexico-based narcotics trafficking brothers Joaquin and Ovidio Guzman-Lopez.

Ovidio was born on 29 March 1990, in Culiacán, Sinaloa, Mexico – his mother is El Chapo’s second wife, Griselda López Pére, and who had three more children with El Chapo, namely Edgar, Griselda, and Joaquin, who is also involved in the cartel business.

According to reports, his mother Griselda is also known as Karla Pérez Rojo, and was arrested in 2010 for financial irregularities, but was released after giving a statement. Since she divorced El Chapo in 2012, every trace of her has been lost.

It is unclear how many siblings Ovidio has from his father’s side, since El Chapo married four times, and is believed that he fathered as many as 15 children. Besides Ovidio and Joaquin, other El Chapo’s sons named Iván Archivaldo Guzmán-Salazar and Jesús Alfredo Guzmán, are also involved in the drug trafficking business.

Speaking of Ovidio’s educational background, according to the Mexican newspaper ‘Milenio’, he attended Mexico’s Center for Education and Culture Ajusco, an exclusive institution founded on the principles of the Legionaries of Christ.

There he got his nickname, because he was never asked to participate in activities nor invited to birthday parties, and once when his school organized a trip to Disney World, and even though his mother wanted to pay for all of them, he wasn’t welcome.

Ovidio’s last school picture is when he was in the sixth grade, after which it’s believed that he left school.

By the time he was 18, Ovidio had already become involved in his father’s drug trafficking business, taking a prominent role in the Sinaloa Cartel after his father was arrested in 2016, and then transferred to the US, so Mexican authorities turned their attention to his sons.

Although Ovidio has emerged as an important leader of the cartel, he’s not powerful as his brothers, Iván and Jesús, known as ‘Los Chapitos’ (the ‘Little Chapos’).

Ovidio was briefly detained on 17 October 2019, but was released after his fellow cartel members took to the streets of Culiacan with military-grade weapons. A heavily armed cartel of gunmen, believed to be over 700, threatened mass civilian deaths, including an attack on the apartments of the families of the local military personnel.

Andrés Manuel López Obrador, the Mexican president said that security forces released Ovidio to avoid conflict with the cartel, and to protect the lives of innocent people. The following month, one of the officers who arrested Ovidio was assassinated.

The US Department of State offers a reward for information related to Ovidio, since law enforcement investigations indicate Ovidio and his younger brother Joaquin are charged with participating in a conspiracy to traffic marijuana, cocaine, and methamphetamine since 2008.

According to the information on the official website of the Department of State, the brothers ‘are currently overseeing approximately eleven methamphetamine labs in the state of Sinaloa, producing an estimated 3,000- 5,000 pounds of methamphetamine per month.’

Other information indicates that Ovidio has ordered the murders of a drug trafficker, informants, and a Mexican singer who had refused to sing at his wedding.

After he was freed, Ovidio seems to be hiding. It’is believed that he’s married to his long-term girlfriend, Adriana Meza Torres, a daughter of Raul Meza Ontiveros also known as ‘El M6’, the cartel member who was killed in 2007.

Adriana’s age is unknown, but it is believed that she is close in age to her late brother, known as ‘Mini 6’, who was killed by police in 2010, aged 18.

The date of Ovidio’s and Adriana’s wedding hasn’t been disclosed, and their current residence is unknown.

On 8 May 2020, the head of Mexico’s Unidad de Inteligencia Financiera (Financial Intelligence Unit), confirmed that the Mexican government had frozen Ovidio’s assets. According to sources, his net worth has been estimated at over $80 million.

Joaquín Archivaldo Guzmán Loera, known as ‘El Chapo’ (Shorty) because of his height of 5ft 6ins (1.68m), was born on 4 April 1957, in La Tuna, Badiraguato Municipality, Sinaloa into a poor family. His father was a cattle rancher, and his mother was a housewife. El Chapo had nine siblings, two sisters and seven brothers, but three of them died of natural causes when they were very young.

El Chapo dropped out of school in third grade, and sold oranges to help his father provide for the family. Aged 15, he set up his own marijuana plantation, and supported his family with his produce.

Eventually, his father kicked him out of the house, and he went to live with his grandfather. In his 20s, El Chapo left his hometown and joined an organized crime syndicate.

It was in the early ‘80s, and the leading crime syndicate in Mexico was the Guadalajara Cartel, headed by Miguel Angel Felix Gallardo, known as ‘El Padrino’ (‘The Godfather’). El Chapo worked as a chauffeur for El Padrino before being put in charge of logistics, where he co-ordinated drug shipments from Colombia to Mexico by sea, land and air. After El Padrino was arrested, El Chapo was detected by US authorities, and several protected witnesses testified that he is in fact heading the Sinaloa Cartel.

His cartel was the wealthiest and most powerful of Mexico’s drug cartels and at the time of his arrest in 2016 – his net worth was estimated at over $12.5 billion.