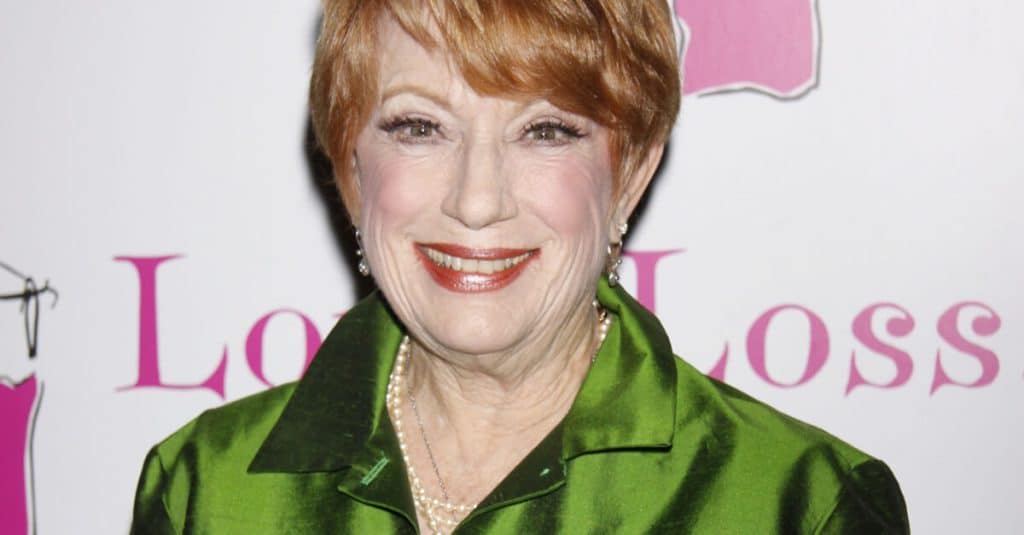 Where is Nancy Dussault today? What happened to her? Wiki

Who is Nancy Dussault?

American actress and singer Nancy Dussault was born in Pensacola, Florida USA on 30 June 1936, under the zodiac sign of Cancer. She’s appeared in more than 30 movies and TV series, and is probably still best known for her portrayal of Carol Kornpett in the 1979 action adventure comedy movie “The In-Laws”, directed by Arthur Hiller, and which starred Peter Falk, Alan Arkin and Richard Libertini. It follows in-laws Vince Ricardo and Sheldon Kornpett who’ve been involved in various misadventures with the Treasury Department and the CIA on the day of their children’s wedding.

Nancy retired from acting in 2001, following her portrayal of Helen in the episode “Reckoning” of the action mystery series “Alias”, and she returned for one last role in 2016, in the short comedy movie “The Final Show”; she’s since been leading a quiet life at home in Los Angeles, California, away from the media’s attention.

We have been receiving congratulatory messages from across the country celebrating Chita Rivera receiving the 2021 ICON Award at our ICONS Gala. Here is a heartwarming video from her co-star from Broadway's musical "Bajour" and good friend, Nancy Dussault. Find out more about how you can support Porchlight and celebrate this achievement at PorchlightMusicTheatre.org!

American naval officer George Adrien and housewife Sarah Isabel Dussault (nee Seitz) raised their daughter Nancy in Pensacola as an only child; not a lot else is known about Sarah and George, as Nancy prefers to keep details of her private life to herself.

She was studying at Washington-Lee High School when she fell in love with both acting and singing; Nancy then acted and sang in a couple of school and theatre plays, and was also a choral singer for both the Madrigal Singers and her school’s choir.

Upon completing her high school education in 1954, she enrolled at Northwestern University, graduating with a Bachelor’s degree in 1958.

Prior to launching her career in the film industry in 1968, Nancy appeared in many Broadway plays, including the 1961 production of “Do Re Mi”, and was nominated for a Tony Award for Best Featured Actress (Musical) for her performance. She also appeared in the 1962 play “The Sound of Music”, and the 1965 musical “Bajour”.

Nancy’s debut film appearance was her portrayal of Millie Halloway in the drama “A Punt, a Pass, and a Prayer”, directed by Tom Donovan, and which starred Herbert Anderson, Don DeFore and Paul Dooley. It follows a former Football Player who’s trying to return to playing.

Nancy’s following roles were in the 1973 TV comedy movie “Starring: Nancy Clancy”, and the 1992 short animated comedy “Jonah” (voice role), and in 1997, she was cast to play Carol Martin in the horror thriller “The Nurse”, directed by Robert Malenfant, and which starred Lisa Zane, Janet Gunn and John Stockwell. It follows a woman who’s begun working as a nurse at the house of a businessman, and is killing his family members one by one, wanting to avenge her father’s death.

Nancy’s since appeared only in the 2016 short film “The Final Show”.

Nancy’s debut TV series role was her portrayal of Carol Davis in 48 episodes of the comedy “The New Dick Van Dyke Show”, created by Carl Reiner, and which starred Dick Van Dyke, Hope Lange and Marty Brill. It follows Dick and his wife Jenny Preston as they’re raising their daughter, the series aired from 1971 to 1974, and was nominated for a 1972 Golden Globe for Best TV Actor – Comedy or Musical.

Nancy was then invited to appear in an episode or two of several hit series, such as the comedy drama “Barney Miller”, the fantasy comedy “Good Heavens”, and the adventure comedy drama “Flying High”.

Between 1980 and 1987, she starred as Muriel Rush in the comedy “Too Close for Comfort”, created by Brian Cooke and Earl Barret, and which also starred Ted Knight and Jim J. Bullock. The series follows the lives of a cartoonist and his two daughters who live one floor below him, and it won one of its two award nominations.

Nancy’s also known for her portrayal of Dr. Marion Steiner in the 1989 episode “Aftershocks” of the family comedy drama “Full House”, created by Jeff Franklin, and which starred Bob Saget, John Stamos and Dave Coulier. It follows a broadcaster whose wife’s passed away, while he’s now raising their three daughters by himself; the series aired from 1987 to 1995, and won 16 of its 36 award nominations.

Nancy’s three final TV series roles were in the episode “One for the Road” of the drama “Judging Amy”, the episode “Meet Joe Connelly” of the romantic drama “Providence” and the episode “Reckoning” of the mystery action drama “Alias”, all released in 2001.

Nancy sang the song “Let’s Have Another Cup of Coffee” in the 1963 episode “Nancy Dussault, Nancy Walker, Allen & Rossi” of the family comedy series “The Garry Moore Show”, she sang four songs in a 1977 episode of the musical comedy talk-show “The Mike Douglas Show”, and three songs in the 1984 TV special “The 38th Annual Tony Awards”.

She’s been featured in a couple of documentaries, including the 1989 series “Working in the Theatre”, the 2015 short film “Greenwich Village: A World Apart”, and the 2021 movie “Broadway: Beyond the Golden Age”.

Some of the talk-shows in which Nancy’s made a guest appearance include “The Florence Henderson Show”, “Red Carpet Report” and “Good Morning America”.

Even though Nancy prefers to keep her private life to herself, it’s still known that she’s married twice. She married her first husband, non-celebrity American James Dunton Travis on 4 October 1958, in a large ceremony attended by most of their family members and many friends; they have no children together, and the two divorced in 1982.

Nancy exchanged vows with her second husband, American movie director Valentine Mayer on 24 February 1985, and they’ve since been together.

There are no other men whom Nancy’s been with that the public knows about, and she’s married to her second husband Valentine Mayer as of September 2022, and doesn’t have children.

HAPPY BIRTHDAY VALENTINE MAYER!!!!!! Wishing Valentine Mayer, who is the husband of the lovely and talented, Nancy…

Posted by Too Close For Comfort – Tribute Page on Sunday, October 29, 2017

Nancy was the head of University of California, Los Angeles’ Ray Bolger School of Musical Performance, and also taught there for six years.

She is of part-French ancestry.

Nancy performed with the Chicago Symphony Orchestra on two occasions.

She’s been involved with a couple of charity organizations since the launch of her acting career, and mostly enjoys helping underprivileged children; Nancy’s also a lover of animals, and supports the organization People for the Ethical Treatment of Animals (PETA).

Her favorite actresses are Julia Roberts and Anne Hathaway, while some of her favorite movies include “Erin Brockovich”, “My Best Friend’s Wedding” and “Mona Lisa Smile”.

Nancy’s net worth has been estimated at more than $1.5 million as of September 2022.