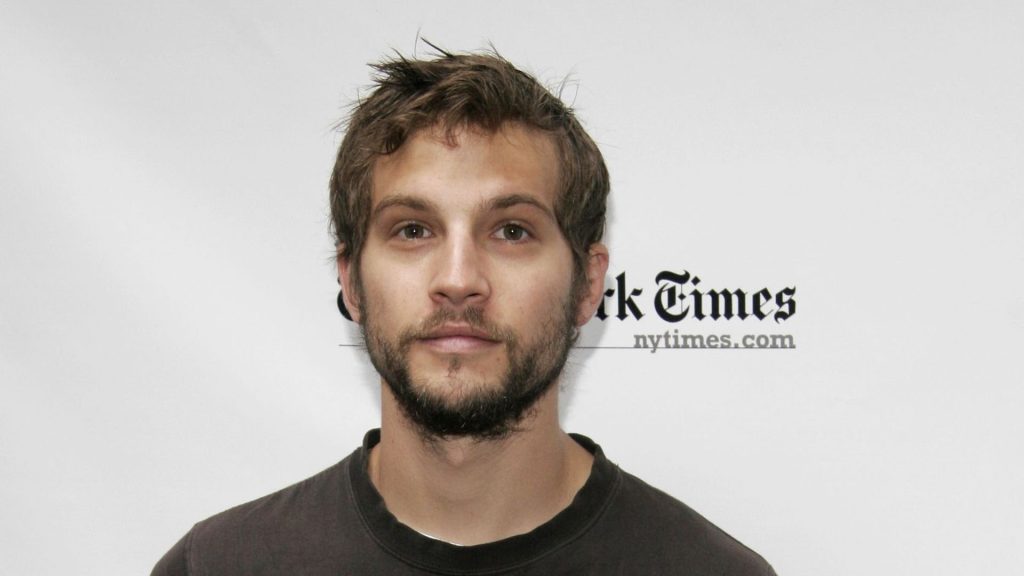 Where is Logan Marshall-Green now? Net Worth, Wife, Children

Who is Logan Marshall-Green

When the action-adventure “Spider-Man: Homecoming” was released in 2017, besides the lead roles portrayed by Tom Holland and Robert Downey Junior, known as the ‘good guys’, one of the villains of The Sinister Six was Shocker, portrayed by Logan Marshall-Green in one of his most notable roles.

The fans of the movie wanted to know more about this actor, not just because of his versatile acting, but also because of his looks. The interesting fact about Logan is that he’s a look-alike of the popular Australian actor Tom Hardy, whom he’s often mistaken for, because people consider him Tom Hardy’s doppelganger.

However, we will tell you all about Logan, who is a renowned writer, director, producer, and an actor with over 35 acting credits to his name; besides the aforementioned role, he’s perhaps known best for his role as Richard Heller in the popular crime drama “24”, while to the younger audience, Logan is well- known as Travis Stone in the series “Big Sky”.

Logan Marshall-Green was born under the zodiac sign of Scorpio on 1 November 1976, in Charleston, South Carolina USA, thus he holds American nationality although he comes from a family of German, English and Scottish descent.

He was raised in Cranston, Rhode Island, by his single mother, Lowry Marshall, who was a drama teacher at Brown University, alongside his twin brother Taylor; nothing is known about their father.

Speaking of Logan’s educational background, he attended Barrington High School, and upon matriculating in 1994, he enrolled at the University of Tennessee, where he worked for the school newspaper ‘The Daily Beacon’, before transferring to the National Theater Institute in Waterford, from which he graduated with a BA degree in 1998, and then went to New York University, where he earned his Master’s degree in Fine Arts from the prestigious Tisch School of the Arts.

Logan made his acting debut in 2003, as Mitch Wilkens in an episode of the series “Law & Order: Special Victims Unit”, followed by his role as Kyle Mellors in “Law and Order” in 2004. In 2005 he was cast to play Richard Heller in “24”, also starring Kiefer Sutherland, Carlos Bernard, and Mary Lynn Rajskub, and in the same year, Logan was seen as Trey Atwood in “The O.C”, followed by his role as Tyler Fog in “Traveler” in 2007.

In 2020, he had a recurring role as Moritz McLaughlin in the drama thriller “The Defeated”, and from 2021 through 2022, he was seen as Travis Stone in “Big Sky”, also starring Katheryn Winnick and Dedee Pfeiffer, which is his most recent television role.

Logan made his movie debut in “The Kindness of Strangers”, followed by his role in “Alchemy” in 2005, and in the same year he was seen as Lieutenant Paul Colvin in “The Great Raid”, while his next role came in 2007, in the film “Across the Universe”.

In 2009, he was cast to play Malvin Panton in “Brooklyn’s Finest”, and then in the following year, he was seen as Mechanic in “Devil”, followed by his roles as Charlie Holloway in “Prometheus” in 2012, and as Jewel in “As I Lay Dying” in 2013.

Logan portrayed Billy in the 2013 movie “Cold Comes the Night”, and then starred as Marquis d’Andervilliers in “Madame Bovary” in 2014, followed in the same year by his role as Dalton Ames in the movie “The Sound and the Fury”, also starring Scott Haze, James Franco and Tim Blake Nelson. In the following year, he was cast to play Will in the horror “The Invitation”, which brought him three award nominations, including the Fangoria Chainsaw Award for Best Actor in 2017.

He next portrayed Sergeant Harper in “Sand Castle” in 2017, before he was cast to play one of his most notable roles to date, as Jackson Brice (Shocker) in the Marvel movie “Spider-Man: Homecoming”, followed by his role as Grey Trace in the 2018 movie “Upgrade”, which brought him another nomination for the Fangoria Chainsaw Award for Best Actor.

Logan’s next movie role was in 2021, when he was cast as Nate in “How It Ends”, and in the same year, he was seen as Henry Parsons in “Intrusion”, while his most recent role was his portrayal of Paul in “Redeeming Love”, also starring Abigail Cowen, Eric Dane and Tom Lewis.

There have been various rumors concerning both his love life and sexual orientation, however, it’s widely known that Logan was a married man. His ex-wife is Diane Gaeta, who is also an actress perhaps known best for her role as Becca in the movie “Adopt a Highway”, and since they both prefer to keep their private lives away from the media’s attention they haven’t spoken about how and when they’ve met.

It is known that the couple married on 12 December 2012, and that their son, Tennesse was born in 2014; Diane has a daughter from her previous marriage with the late actor Johnny Lewis.

Although all seemed good between Logan and Diane, in April 2019 she filed for divorce, claiming that Logan has cheated on her with another actress whose name she hasn’t revealed. Their divorce was finalized on 23 July 2020, and as part of their divorce settlement, Logan was ordered to pay Diane $4,000 per month in child support, and $6,000 per month in spousal support.

In May 2022, it seems that Diane decided to share a part of their private life, when she posted on her Instagram a lengthy caption saying: ‘My husband practiced and joked about ‘marriage rape.’ We had an argument and then make up sex, in the pitch dark from behind as my penance outside in the garage’, adding that she told him that it was her fertile day and that he needed to pull out which he refused and she got pregnant. Allegedly, he told her that he doesn’t want another baby, so she had an abortion. However, Logan hasn’t commented on Diane’s post.

As of June 2022, it seems that Logan is single, has been married once, and has one child.

After his most recent role in the series “Big Sky”, Logan was cast to play in the movie entitled “Lou”, a crime mystery drama that according to IMDb follows the story of a tough elderly woman living on a remote island, who was ‘recruited by a neighbor to help her find her kidnapped daughter’; also starring Allison Janney and Jurnee Smollett, it’s currently in post-production and should be released later in 2022.

His fans can keep track of his life and work through his Instagram account, which has been followed by over 75,000 people, and he’s also active on his Twitter account which has amassed nearly 10,000 followers.

According to sources, as of June 2022, his net worth has been estimated at close to $5 million.