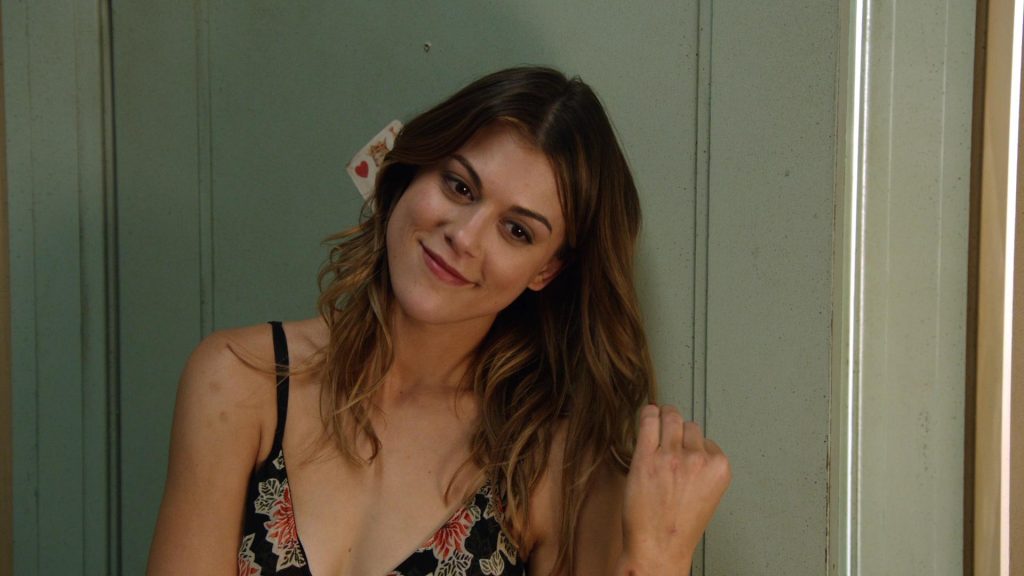 Where is Lindsey Shaw from Ned’s Declassified now? Biography

Who is Lindsey Shaw?

If you were a fan of the Nickelodeon series “Ned’s Declassified School Survival Guide”, then you must be familiar with one of the main characters Jennifer Ann ‘Moze’ Mosely, portrayed by Lindsey Shaw. She immediately caught the eye of the audience, and people wanted to know what happened with her when the series ended in 2007.

If you are one of them, let us tell you all about the life and work of this talented actress. Lindsay has over 30 acting credits to her name, and besides the aforementioned role, she’s perhaps known best for her performances in “No One Lives”, “16-Love” and “Eleventh Hour”.

Lindsey Marie Shaw was born under the zodiac sign of Taurus, on 10 May 1989, in Lincoln, Nebraska USA, thus she holds American nationality, and she comes from a family of mixed ethnic Czech, German, English, Danish and Swiss descent.

She was raised by her single mother, about whom little is known. Lindsey and her mother traveled from Lincoln to Kansas City to do commercials and ads before they moved to Los Angeles, California in 2002. Her mother was very supportive and helped Lindsey to fulfill her dream of becoming an actress. In Los Angeles, Lindsey began taking acting classes, and her first acting tutor was Jeremiah Comey.

Speaking of Lindsey’s educational background, she attended Notre Dame High School, and upon matriculating in 2007, she didn’t enroll in college, but pursued her acting career.

Lindsey made her acting debut as Jennifer Ann ‘Moze’ Mosely in 2004, then from 2007 until 2008, she was seen as Claire Tolchuck in “Aliens in America”, which follows the story of a Muslim student from Pakistan who is sent to live with a new Christian family as a part of a student exchange program.

In 2008, she was Vivian Bingham in an episode of the series “Eleventh Hour”. From 2009 until 2010, she starred as Kat Stratford in the popular series “10 Things I Hate About You”, also starring Ethan Peck and Meaghan Martin. Her performance in the series brought her a nomination for two TV Guide Awards for Favorite Duo and Favorite Ensemble, which she shares with Meaghan Martin and the rest of the cast, respectively.

Next, Lindsey portrayed Paige Mc Cullers in “Pretty Little Liars”, from 2011 until 2017, and concurrently portrayed June in “Suburgatory” (2014), made an appearance as Sasha Harvey in “Faking It” (2015), and was seen as Karina in “Hers and History” in 2017. The series follows the story of a couple who decided to be honest about their sexual past, so in every episode, a character travels back in memory alongside their partner to witness it.

In 2021, Hailey made an appearance as Kate Jacobs in an episode of the popular series “Lucifer”, which was her most recent television role.

Lindsey made her first movie appearance as Robyn in the 2005 short movie “The Great Lie”. She followed with her role as Aubrey in “Nic & Tristan Go Mega Dega” in 2010, which was her big-screen debut, and in the same year, was seen as Peggy in “Devolved”, opposite Gary Entin and Robert Adamson; although the movie had no nominations, it was popular among teenagers.

Lindsey’s next role came in the 2011 TV movie “Teen Spirit”, followed by her role as Eliana Wynter in “The Howling Reborn”, a fantasy action drama based on the novel “The Howling II” by Gary Brander.

In the following year, Lindsey was cast to play Ally Mash in “16-Love”, also starring Chandler Massey and Keith Coulouris, another teenage romantic comedy that youngsters adored. Lindsey followed with roles in “No One Lives” (2012) and “Love Me” (2013).

In the 2015 family drama “Yellow Day”, Lindsey had one of the lead roles opposite Drew Seeley and Ashley Boettcher, then was next seen in “Secret Summer” and “Temps” in 2016.

Lindsey starred as Lissa in the 2018 drama “1/1” which follows the story of a 20-year-old girl, Lissa who may be pregnant, thus she begins to question her life. Next, she was seen as Gail in the 2019 TV movie “Olden Times”, while her most recent role was in the 2020 movie “Reboot Camp”.

There have been various rumors concerning both Lindsey’s love life and her sexual orientation, however, it’s widely known that from 2001 until 2009 she was in a relationship with filmmaker and actor Devon Graye, perhaps known best for his role as Dexter in the eponymous series.

Lindsey hasn’t shared the reason for their break-up, however, it seems that she moved on quickly, as sometime in 2009, she began dating Ethan Peck, an American actor and grandson of the world-famous actor Gregory Peck. The couple starred together in “10 Things I Hate About You”, and dated until 2010; they haven’t shared why this love story ended.

Since then, Lindsey keeps her love life under wraps, and there’s no record of other relationships.

As of August 2022, it is assumed that Lindsey is single, she hasn’t been married or engaged, and doesn’t have children.

As mentioned, Lindsey was most recently seen in an episode of the series “Lucifer” in 2021, and her fans began wondering what happened. Some of them assumed that she’s quit acting, however, we have a piece of good news for all of her fans.

Lindsey just completed the filming of her new film entitled “Involuntary”, her debut in the horror movie genre, starring opposite Daniel Curtis Lee and David Lambert. The release date is still unknown.

However, Lindsey’s fans can keep track of her work and life through her social media platforms – she’s mostly active on her Instagram account, which has been followed by over 400,000 people.

According to sources, as of August 2022, her net worth has been estimated at over $2 million.