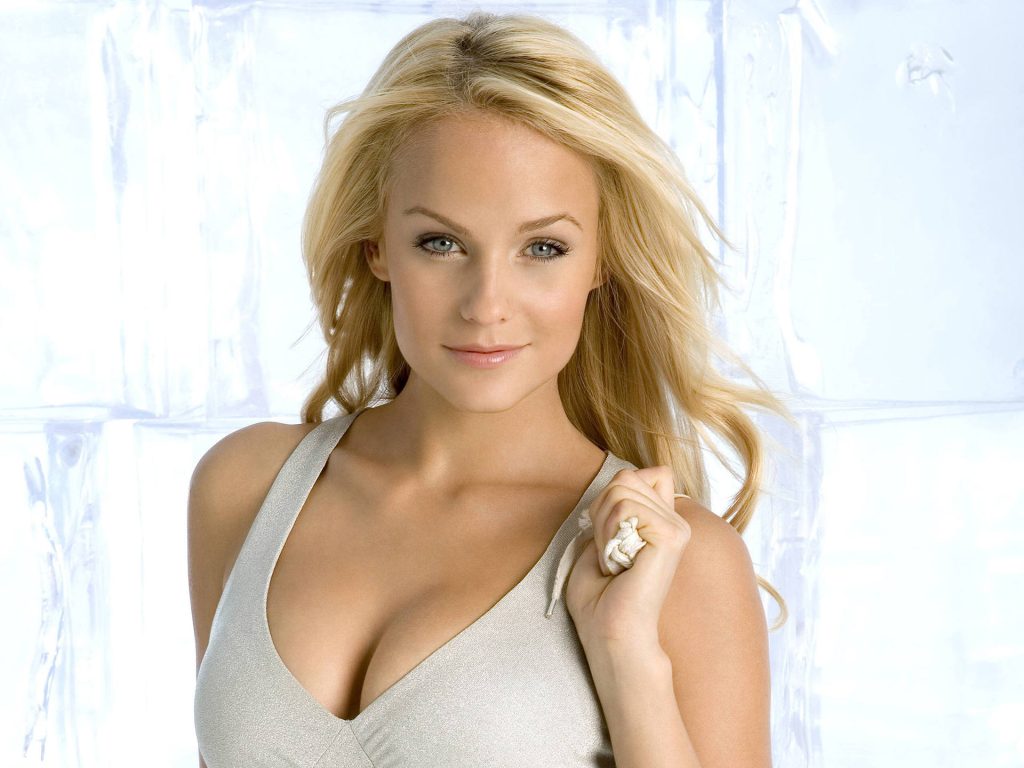 Who is Larisa Oleynik?

Larisa Romanovna Oleynik was born in Santa Clara, California USA, on 7 June 1981 – her zodiac sign is Taurus, and she holds American nationality. She’s an actress with close to 60 credits to her name, probably known best for her portrayal of the supporting character Maggie Cutler in seven episodes of the critically acclaimed romantic mystery series “Pretty Little Liars”, created by I. Marlene King, and which starred Troian Bellisario, Ashley Benson and Lucy Hale. It follows four friends who are being threatened by an anonymous person with revealing their darkest secrets on the internet; the series aired from 2010 to 2017 and won 45 of the 91 awards for which it was nominated.

Although there are today rumors circulating the internet claiming that Larisa’s retired from acting, it’s widely known that she’s still quite active in the film industry, and is currently working on multiple projects.

Larisa was raised in the San Francisco Bay Area, California, alongside her brother Joshua, by their father of Russian and Ukrainian descent Roman Oleynik, and their American mother Lorraine (nee Allen); Roman was an anesthesiologist, while Lorraine was a nurse.

Larisa became interested in acting at a very early age, mostly because she and her family watched TV series and movies together on a daily basis. She was 10 when her mother began taking her to auditions, and 12 when she made her debut TV series appearance, playing Susie in the 1993 episode “Heroes” of the western family drama “Dr. Quinn, Medicine Woman”; Larisa then made her debut film appearance in the same year, playing Gail Keene in the thriller drama “River of Rage: The Taking of Maggie Keene”.

She continued acting throughout her entire education; Larisa studied at Pinewood School, and upon matriculating in 1999, enrolled at Sarah Lawrence College in Yonkers, New York State, from which she graduated with a Bachelor’s degree in 2003.

Larisa played Dawn in the popular 1995 family comedy drama “The Baby-Sitters Club”, directed by Melanie Mayron, and which starred Schuyler Fisk, Bre Blair and Rachael Leigh Cook. It follows seven 17-year-old girls who’ve organized a daycare camp for children, and the movie won two of the three awards for which it was nominated.

Larisa then portrayed Bianca Stratford in the hit 1999 romantic comedy drama “10 Things I Hate About You”, which starred Heath Ledger, and won two of the 15 awards for which it was nominated. A couple of her following roles were in the 2000 romantic comedy “100 Girls”, the 2001 drama “An American Rhapsody”, and the 2002 musical drama “A Time for Dancing”.

What marked the decade for her was perhaps her portrayal of the lead character Claire in the 2007 drama “Relative Obscurity”, written and directed by Jeff Rosenberg, and which also starred Owiso Odera and Eric Martig. It follows several generations of a family, and the movie won a Columbus International Film & Video Festival Silver Chris Award.

Larisa’s also known for her performance of Sam in the 2014 horror mystery drama “Jessabelle”, directed by Kevin Greutert, and which starred Sarah Snook, Joelle Carter and Mark Webber. It tells the story of Jessabelle who’s just been involved in a car crash, and is now being tormented by a supernatural force.

Three of Larisa’s most recent roles in movies have been in the  science fiction drama “Auggie”, the  mystery horror thriller “Animal Among Us” both in 2019, and the 2021 comedy drama “We Broke Up”.

Between 1994 and 1998, Larisa starred as both Alex Mack and Barbara Mack in the family comedy drama “The Secret World of Alex Mack”, created by Tommy Lynch and Ken Lipman, and which also starred Meredith Bishop and Darris Love. It follows Alexandra ‘Alex’ Mack who’s developed special abilities thanks to an accident at a chemical factory; the series won one of the 13 awards for which it was nominated.

Between 1998 and 2000, Larisa played Alissa Strudwick in 21 episodes of the critically acclaimed comedy “3rd Rock from the Sun”, and the following years saw her appear in an episode or two of various series, such as the family comedy “Malcolm in the Middle”, the comedy drama “Pepper Dennis”, and the comedy “Aliens in America”.

From 2011 to 2014, she played the supporting character Jenna Kaye in the hit action crime drama “Hawaii Five-0”, created by Peter M. Lenkov and Leonard Freeman, and which starred Alex O’Loughlin, Scott Caan and Taylor Wily. It follows Steve McGarrett who’s trying to find his father’s killer with the help of his task force Five-0 – the series aired from 2010 to 2020 and won 18 of the 46 awards for which it was nominated, including four Primetime Emmy nominations.

Three of Larissa’s most recent roles in TV series have been in the 2019 episode “Psychic Development Class” of the comedy “Janice Gunter, Ghost Hunter”, eight episodes of the 2020 action adventure comedy “The Healing Powers of Dude”, and six episodes of the 2020 crime comedy drama “Trinkets”.

She received special thanks for the 2009 musical mystery movie “Yesterday Was a Lie”, as well as for the hit 2013 romantic comedy film “Don Jon”.

Larisa’s made a guest appearance in a number of talk-shows, such as “All That”, “ABC TGIF” and “Today”.

'10 Things I Loved About the '90s' with Larisa Oleynik | Netflix

"Our mothers were there and I have never been more embarrassed" Can you guess which '90s star was Larisa Oleynik's first kiss?

She’s been nominated for three Young Star and six Young Artist Awards, most for her performance in the series “The Secret World of Alex Mack”.

Larisa prefers to keep the details of her love life to herself, and there’s only a single man whom she’s been with, that the public knows about.  In 1998 she began dating famous American actor Joseph Gordon-Levitt, who’s appeared in close to 100 movies and TV series, while he’s perhaps known best for his roles in the 2009 romantic comedy film “500 Days of Summer”, the 2010 action science fiction adventure movie “Inception” and the 2013 romantic comedy film “Don Jon”. Larisa and Joseph were in a relationship until 2002, when they split for unknown reasons.

She was granted a restraining order against a stalker in January 2013; the man was so obsessed with the famous actress, that he had changed his last name to ‘Oleynik’.

As of July 2022, Larisa seems to be single, hasn’t married and doesn’t have children.

Larisa’s quite active on Instagram, and is today followed by more than 50,000 people on the network, while she’s uploaded nearly 150 pictures, the majority of which feature her during her everyday life. She’s set her account to private, meaning that one has to become her follower if wanting to view her pictures.

Her favorite hobby is travelling, and she’s been all around the world for both work and pleasure, while her dream travel destination is Marseille, France.

Filming has begun on our #GreenlightHer winning series “Half Life” from @PattyCareyNYC! We’re excited to have actress Larisa Oleynik (@loleynik) join the four-part TV comedy, which will premiere on @NYC_Media next year. https://t.co/Fvt0mUN7J3 pic.twitter.com/spn2IyzbtM

Larisa’s a philanthropist and has donated money to several charity organizations, including animal shelters.

She has her own favorite actors and actresses, some of whom are Jim Carrey, Natalie Portman and Kate Winslet, while a couple of her favorite movies include “Ace Ventura: Pet Detective – When Nature Calls”, “The Eternal Sunshine of the Spotless Mind” and “Bruce Almighty”.