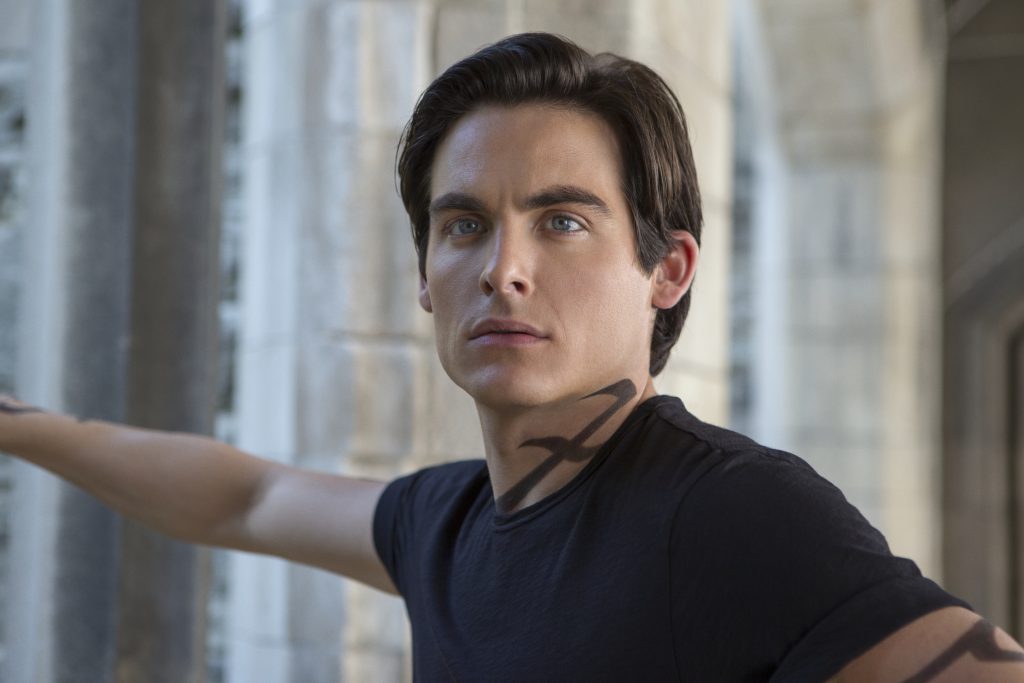 Where is Kevin Zegers now? What is he doing today? Biography

Who is Kevin Zegers?

Kevin Joseph Zegers was born in Woodstock, Ontario, Canada, on 19 September 1984 – his zodiac sign is Virgo, he holds Canadian nationality, and is of Dutch descent, as all four of his grandparents were from The Netherlands. He’s an actor, model and film producer, with more than 70 acting credits to his name, while he’s perhaps still known best for his portrayal of the main character Toby in the 2005 adventure comedy movie “Transamerica”, written and directed by Duncan Tucker, and which also starred Felicity Huffman and Fionnula Flanagan. The movie follows a transgender woman who’s just learned that she has a son, a teenager who’s now a street hustler in New York City; the movie won 32 of the 60 awards for which it was nominated, including two Oscar nominations for Best Achievement in Music Written for Motion Pictures, Original Song (Dolly Parton) and Best Performance by an Actress in a Leading Role (Felicity Huffman).

Kevin’s still today highly active in the film industry, and is currently shooting new episodes of the crime series “The Rookie: Feds”, starring alongside Britt Robertson and Niecy Nash.

Kevin was raised in Woodstock alongside his sisters Katie and Krista, by their father Jim Zegers who was a quarry worker, and their mother Mary-Ellen (nee Veldman) who was a high school teacher.

He became interested in acting at a very early age, and appeared in close to 30 TV commercials when he was six; he was seven when he made his debut TV series appearance, playing Jeremy Morris in the 1992 episode “It’s a Wise Child” of the drama “Street Legal”, while the following year saw him make his debut film appearance, in the family comedy “Life with Mikey”.

Kevin went on to act throughout his entire education – he studied at St Mary’s Catholic High School, and was physically highly active during his four years there, as he competed in basketball, golf and ice hockey. Upon matriculating in 2002, Kevin chose not to pursue a college degree, but to focus on acting.

Kevin played Larry in the 1994 biographical drama “Thicker Than Blood: The Larry McLinden Story”, and gained recognition in the same year, when cast to play Kid in the critically acclaimed fantasy horror drama “In the Mouth of Madness”, directed by John Carpenter, and which starred Sam Neill, Jurgen Prochnow and Julie Carmen. It follows an insurance investigator who’s discovered that a horror book has a rather negative impact on its readers; the movie won one of the five awards for which it was nominated. A couple of Kevin’s other notable performances in the ‘90s were in the 1997 family comedy drama “Air Bud”, the 1998 action horror thriller “Shadow Builder”, and the 1999 adventure science fiction horror “Komodo”.

The year 2003 saw him portray Evan in the hit horror thriller “Wrong Turn”, directed by Rob Schmidt, and which starred Eliza Dushku, Jeremy Sisto and Emmanuelle Chriqui. The movie follows five people whose two cars have collided deep in the woods, while they’re now venturing even deeper in search of help; the film was nominated for three awards.

Kevin went on to play Terry in the popular 2004 action horror “Dawn of the Dead”, and then portrayed Trey in the 2007 romantic comedy drama “The Jane Austen Book Club”. The remainder of the 2000s saw him appear in a couple of award-winning films, such as the 2007 dramas “Normal” and “The Stone Angel”, and the 2009 musical drama “The Perfect Age of Rock ‘n’ Roll”.

What marked the 2000s for him was probably his portrayal of John Gullick in the 2017 thriller drama “Aftermath”, directed by Elliott Lester, and which starred Arnold Schwarzenegger, Scoot McNairy and Maggie Grace; it follows two people who’ve survived a plane crash.

Three of Kevin’s most recent film roles have been in the 2017 comedy drama “Another Kind of Wedding”, the 2019 thriller drama “Nighthawks”, and the 2022 action science fiction thriller “Corrective Measures”.

The ‘90s saw Kevin appear in an episode or two of only a couple of series, such as the adventure mystery drama “Avonlea”, the fantasy horror mystery “Goosebumps” and the mystery crime drama “The X-Files”. In 1996 and 1997, he played the supporting character Sean Blake in seven episodes of the drama “Traders”, created by Hart Hanson, and starring Sonja Smits, Bruce Gray and Patrick McKenna, it follows the love lives of several investment bankers; the series aired from 1996 to 2000, and won 11 of the 41 awards for which it was nominated.

In 2000 and 2001, Kevin played Ethan Benchley in 11 episodes of the romantic drama “Titans”, and the remainder of the 2000s saw him appear in two more series: the 2003 episode “Magnetic” of the action adventure drama “Smallville”, and the 2004 episode “Occam’s Razor” of the mystery drama “House”.

In 2010 and 2011, he portrayed Damian Daalgard in the hit romantic drama “Gossip Girl”, created by Stephanie Savage and Josh Schwartz, and which starred Blake Lively, Penn Badgley and Leighton Meester. It follows a mysterious blogger who’s revealing the secrets of privileged teenagers from New York City’s Manhattan’s Upper East Side on the internet; it aired from 2007 to 2012, and won 21 of the 57 awards for which it was nominated.

The year 2012 saw Kevin play the lead character Mark Mur in all the 12 episodes of the historical mini-series “Titanic: Blood and Steel”, while 2014 saw him star as Owen Burke in the crime mystery mini-series “Gracepoint”.

Kevin sang the song “Baby Got Back” in the 2006 romantic fantasy comedy movie “It’s a Boy Girl Thing”, and four songs in the 2009 musical film “The Perfect Age of Rock ‘n’ Roll”.

He’s been featured in a number of documentaries, including the 2006 movie “CMT Greatest Moments: Dolly Parton”, the 2010 short video “Three Below Zero”, and the 2010 movie “Beating the Mountain: Surviving ‘Frozen’”.

Kevin received special thanks for the 2018 drama movie “All About Nina”.

He produced the 2019 thriller movie “Nighthawks”.

Kevin’s made a guest appearance in many talk-shows, most recently in “The Playboy Morning Show”, “Entertainment Tonight Canada”, and “Talking Dead”.

Kevin prefers to keep the details of his love life to himself, but it’s still widely known that he’s today a married man, as well as a father. He married Canadian talent agent Jaime Feld on 3 August 2013, in a small ceremony attended by only a couple of their closest friends and family members; not a lot is known about Jaime, as she prefers to stay away from the media’s attention. She gave birth to their twins Blake Everleigh Zegers and Zoe Madison Zegers on 17 August 2015, and the family of four’s today living in Studio City, Los Angeles.

Kevin dated a couple of women prior to meeting Jaime; he was in a relationship with American actress and author Marisa Coughlan from 2003 to 2007, and they were engaged, as well. He also dated Slovenian actress Maja Kljun, British singer and actress Kelly Osbourne, and American actress Kaley Cuoco.

As of August 2022, Kevin’s married to Jaime Feld, and they have twin daughters together.

Kevin’s physically highly active, and works out at the gym nearly every day. He also often plays various sports with his friends, with basketball and golf being his favorites.

He’s a huge dog lover, and his two pet dogs Nugget and Walter can be seen featured in many of his Instagram pictures. Kevin’s quite active on the network, and has uploaded close to 4,000 pictures, while he’s today followed by nearly 250,000 people.

Travelling and tasting various cuisines are two of Kevin’s favorite hobbies; his career’s taken him all around the world, while his dream travel destination’s Rome, Italy and his favorite cuisine Italian (as he loves to eat pizza and spaghetti).

Kevin has his own favorite actors and actresses, some of whom are Benedict Cumberbatch, Eddie Redmayne and Helena Bonham Carter, while a couple of his favorite movies are “Doctor Strange”, “Fantastic Beasts and Where to Find Them”, and “Fight Club”.