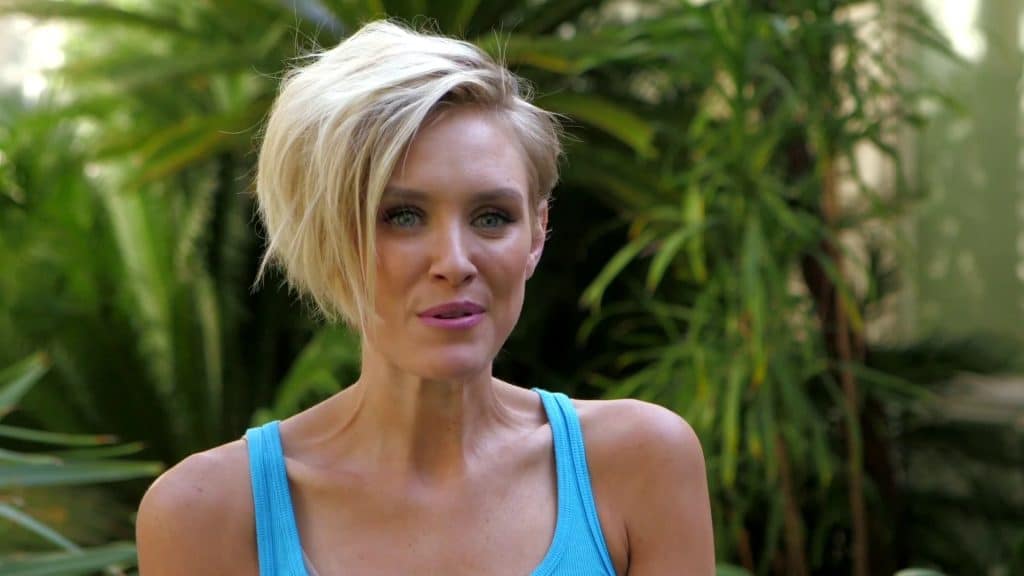 Where is Kerry Rhodes’ ex-wife Nicky Whelan today? Net Worth

Who is Nicky Whelan?

A model and actress, Nicky Whelan rose to prominence for her role as Pepper Steiger in the soap opera “Neighbours“, however, her name came into the spotlight when it was revealed that she was dating Kerry Rhodes, a former American Football safety who played in the National Football League (NFL) for the New York Jets and Arizona Cardinals.

The two married and soon after divorced, and people wanted to know where is Nicky today, and what is she doing after the two separated. If you are one of those interested in the life and work of this celebrity, let us tell you all the interesting facts.

Nicky Whelan was born under the zodiac sign of Taurus, on 10 May 1981, in Cranbourne, Victoria, Australia, thus she holds Australian nationality, although she comes from a family of English descent.

She was raised in her hometown by her parents, about whom nothing is known since she respects their wish to keep their lives away from the media’s attention. However, it’s known that Nicky’s grandfather was Marcus Whelan, a famous football player who played in the Victorian Football League in the 1930s and ‘40s. Nicky has a brother named Sean, who also prefers to keep his life private.

Speaking of her educational background, she attended Padua College, a private high school, and upon matriculating in 1999, she didn’t enroll in college, but pursued a career as a model, and subsequently began acting.

Nicky made her acting debut as a Cheerleader in an episode of the series “Pizza” in 2003. Three years later, she was cast to play Pepper Steiger in the popular romantic TV drama “Neighbours”, which is still airing – Nicky was seen in 107 episodes during 2006 and 2007.

In the following year, Nicky was cast to play Charlie in “Franklin & Bash”, followed by her role as Laura Mitchell in “Chosen”, also in 2013.

Nicky portrayed Annie Mason in “Matador” in 2014, and she was then seen as Emma Waverly in “Satisfaction” in 2015. In the following year, she guest-starred in “Second Chance” and “House of Lies”, before playing Dakota McGraw in “From Dusk Till Dawn: The Series”.

Her most recent television role was her portrayal of Kaeli in “Life in Pieces” in 2018.

Nicky made her first big-screen appearance in the 2007 movie “Little Deaths”, followed by her role as Spring Easten in “The Outside” in 2009. In the same year, Nicky made an appearance in “Halloween II”, a horror written and directed by Rob Zombie.

Her next role came in the 2011 movie “Hall Pass”, a romantic comedy which follows the story of two married man who have difficulty in their marriages, so they are given a ‘Hall Pass’ by their wives, which meant that they can do whatever they want. The stars of the movie were Owen Wilson, Christina Applegate and Jason Sudekis.

The following year, Nicky starred in several short films, then in 2013, she was cast to play Marti in “The Power of Few”, followed by her role as Cindy in “Paranormal Movie”.

Nicky had supporting roles in the 2014 movies “Flight 7500”, “Left Behind”, “Do It Yourself”, and “Borrowed Moments”, and in the following year, she was seen in “The Wedding Ringer” and “Knight of Cups”.

Next, Nicky was Naomi in the 2016 movie “Rebirth”, and in the same year, she portrayed Daniece in “Dog Eat Dog”, starring Nicolas Cage. The following year saw her in “Tragedy Girls”, “Inconceivable”, and “Valentine’s Again”.

Family it’s here !!! I loved being part of this movie !!! Everything will be legal. 😜 #TheBingeMovie premieres on August 28, only on Hulu! Hulu

Nicky’s fans can enjoy her two new movies, “Maneater” and “Dangerous Methods”, released in 2022, and we are happy to announce that she’s finished filming three new projects – “The Flood”, “The Best Man”, and “The Nana Project”, which are currently in development.

Her fans can keep track of her life and work through her social media accounts  she’s mostly active on her Instagram account, which has been followed by over 175,000 people.

There have been various rumors concerning both Nicky’s love life and her sexual orientation, however, we can say that she has interesting love stories. From 2007 until 2008, she was in a relationship with the famous actor, David Spade, then after they broke up, Nicky began dating British actor and model Gary Stretch; their relationship lasted until 2010.

During 2010 and 2011, she was in a relationship with DJ Ashba, an American musician and graphic designer, then dated actor Chad Michael Murray in 2013 and ’14, before she met her future husband, Kerry Rhodes.

They met in 2015, while filming for a comedy sketch in Los Angeles, California, and soon began dating. Kerry proposed to Nicky, and they announced their engagement on Valentine’s Day in 2016. On 15 April 2017, the couple exchanged their wedding vows in the presence of their closest family members and friends, at the Beverly Hills Hotel, in Los Angeles.

However, this love story ended soon afterwards, in October 2017 – the two divorced without revealing the details and the reason for their separation.

Two years later, Nicky began dating Canadian actor Kyle Schimd, but they broke up in 2020. In the following year, she began dating Italian-American actor Frank Grillo; the two were often seen together in public, and seemed happy and in love.

When Frank, in one of his interviews, said that he is single, people assumed that the two had broken-up, however, in January 2022, they were seen together outside a popular Los Angeles restaurant. It seems that the couple reunited, and as of August 2022, it’s assumed that Nicky is in a relationship with Frank Grillo, was once married but doesn’t have children.

According to sources, as of August 2022, her net worth has been estimated at over $4 million, most of her wealth she’s accumulated through her acting career.

Who is Kerry Rhodes?

Kerry Rhodes, a retired American Football player and turn-out actor, was born on 2 August 1982, a Birmingham, Alabama USA native. He began playing football when he was just nine years old.

Kerry was a starting quarterback and honor student of Jess Lanier High School, and upon matriculating in 2000, he enrolled at the University of Louisville, where he played college football. In 2005, he was drafted by the New York Jets.

In 2010, he was traded to the Arizona Cardinals, and on 13 March 2013, he was released by the team. Some rumors were saying that he was blacklisted by NFL teams, which he denied, saying that he discovered his interest in acting and producing.

He made his acting debut in the 2009 movie “Misunderstandings“, and today he has 15 acting credits to his name; his most notable role, being in the series “If Loving You Is Wrong“.

If you wandered about his net worth, it has been estimated at over $10 million; there is no information about his and Nicky’s divorce settlement.