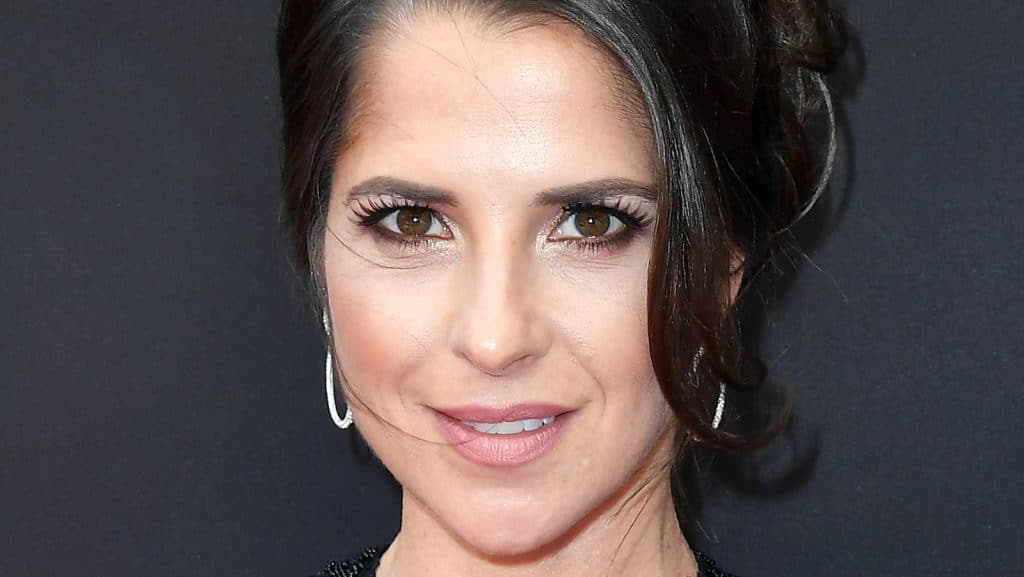 Where is Kelly Monaco from “General Hospital” today? Biography

Who is Kelly Monaco?

American actress, model and TV personality Kelly Marie Monaco, was born in Philadelphia, Pennsylvania USA, on 23 May 1976 under the zodiac sign of Gemini. She’s appeared in only 12 movies and TV series, while she’s perhaps best known for her playing of Sam McCall, one of the main characters in the romantic crime series “General Hospital”, which Frank Hursley and Doris Hursley created, and which today also stars Steve Burton, Laura Wright and Maurice Benard. It’s been airing since 1963, while Kelly joined the cast in 2003; the series follows multiple families, friends and lovers living in Port Charles, New York State, and has won 306 of its 958 award nominations.

Kelly was raised alongside her sisters Amber, Carmina, Marissa and Christine in Philadelphia, by their mother Carmina and father Albert ‘Al’ Monaco; not a lot about Kelly’s family’s known, because she respects their privacy.

They moved to the Pocono Mountains, Pennsylvania after Kelly had completed her elementary education, and where she attended Pocono Mountain High School. It was while at Pocono Mountain that she fell in love with acting, after having been encouraged by her drama teacher to take her first acting lesson at the school.

Kelly matriculated in 1994. and then enrolled at Northampton Community College, but from which she dropped out after two years; she became a lifeguard at a resort to financially support herself.

Kelly’s debut TV series appearance was her portrayal of Rookie Lifeguard Susan in the 1997 episode “The Choice” of the popular crime action adventure “Baywatch” – the following year saw her appear in its two episodes “Quarantine” and “Diabolique”. The series was created by Douglas Schwartz, Gregory J. Bonann and Michael Berk, starred Yasmine Bleeth, Pamela Anderson and David Hasselhoff, and follows Lieutenant Mitch Buchannon and his team of lifeguards as they’re working at a Los Angeles beach; it aired from 1989 to 2001, and won five of its 19 award nominations.

Kelly played Nurse in the 2001 episode “A Shot in the Dark: Part 1” of the comedy “Spin City”, then between 2000 and 2003, she portrayed Livvie Locke in 305 episodes of the romantic fantasy drama “Port Charles”, created by Wendy Riche, Richard and Carolyn Culliton, and which starred Lynn Herring, Jon Lindstrom and Julie Pinson. The “General Hospital” spin-off aired from 1997 to 2003, and won seven of its 60 award nominations.

haqven't kept up here because I couldn't seem to post anymore?

Kelly’s appeared in only one other TV series: she portrayed herself in the 2015 episode “Over My Dead Bonnie” of the family comedy drama “Baby Daddy”, created by Dan Berendsen, and which starred Jean-Luc Bilodeau, Derek Theler and Melissa Peterman. It follows a 20-year-old bartender, whose former girlfriend’s left him to raise their baby all by himself; the series aired from 2012 to 2017 and won two of its 23 award nominations.

Kelly’s debut film appearance was in the popular 1998 sports comedy “BASEketball”, written and directed by David Zucker, and which starred Trey Parker, Matt Stone and Dian Bachar. It follows two friends who have succeeded in the basketball and baseball hybrid sport BASEketball – the film was nominated for two awards.

Kelly played Baywatch Woman Guard in the 1998 comedy “Welcome to Hollywood”, and portrayed Tiffany in the 1999 fantasy horror comedy “Idle Hands”. The same year also saw her play Centerfold Elaina in the comedy “Late Last Night”, written and directed by Steven Brill, and which starred Emilio Estevez, Bobby Edner and Steven Weber. It follows Dan whose wife’s just told him that she’s leaving him, so he’s now gone binge drinking with his best friend.

Kelly’s following two roles were in the 1999 comedy drama “Mumford”, and the 2007 drama “Football Wives”.

Her most recent film role has been her portrayal of Julie in the 2011 fantasy drama “The Edge of the Garden”, directed by Michael M. Scott, and which starred Rob Estes, Sarah Manninen and David James Lewis. It follows Brian Connor who’s bought a house in the woods which has been abandoned for a long time, while he’s now begun communicating with a woman who died there 50 years earlier.

Kelly’s been featured in a couple of documentaries, including the 2002 episode “Private Jets: Part 1” of the series “Modern Marvels”, the 2009 movie “On the Edge: The Poverty Crisis in Africa”, and the 2012 episode “Kelly Monaco” of the series “Marie”.

She’s been invited to make a guest appearance in various talk-shows, such as “Katie”, “Soap Central” and “The Ellen DeGeneres Show”.

Kelly was nominated for a 2003 Daytime Emmy Award for Outstanding Supporting Actress in a Drama Series, for her performance in “Port Charles”.

She was also nominated for a 2006 Daytime Emmy for Outstanding Lead Actress in a Drama Series, and a 2008 Online Film & Television Association Award for Best Actress in a Daytime Serial, both for her performance in “General Hospital”.

In 1991, while still attending high school, Kelly began dating American Michael ‘Mike’ Gonzalez. The two went on to work at the same resort as lifeguards, and they attended the same community college, prior to Kelly dropping out. They were together until 2009, when they broke up for unknown reasons; in 2011, when she was cast to appear in the reality show “Dirty Soap”, Kelly talked about this relationship, and revealed that she was still missing Mike.

Between 2010 and 2012, she was in a relationship with American actor Heath Freeman, who appeared in nearly 30 movies and TV series, and is probably still remembered best for his playing of Benjamin Frank in the 2003 action crime series “NCIS”; Heath died on 14 November 2021, aged 41, from combined drug intoxication.

In 2012 and 2013, Kelly dated professional Ukrainian dancer Valentin Chmerkovskiy, and her most recent relationship of which the public is aware, was with American actor Billy Miller in 2015; Billy’s probably best known for his portrayal of Navy Recruiter in the 2014 biographical action movie “American Sniper”.

Kelly seems to be unattached as of September 2022, hasn’t married and doesn’t have children.

Kelly was featured in the German “Playboy” magazine in 1997, and was their Playmate of the Month April in the same year.

She was once an avid scuba diver, but stopped after she suffered hearing loss.

Kelly’s a philanthropist, and has both donated money to and volunteered with the non-profit organization Feed the Children.

She competed in the reality show “Dancing with the Stars” in 2005, and although she was amongst the celebrities with worst scores at the beginning, Kelly went on to win the competition

She’s amassed over 200,000 followers on Instagram, and has uploaded nearly 200 pictures and videos onto the social media network.

Kelly’s favorite actresses are Charlize Theron and Nicole Kidman, while some of her favorite movies are “Mad Max: Fury Road”, “Snow White and the Huntsman”, and “Atomic Blonde”.

Kelly’s net worth’s been estimated at over $4 million, as of September 2022.