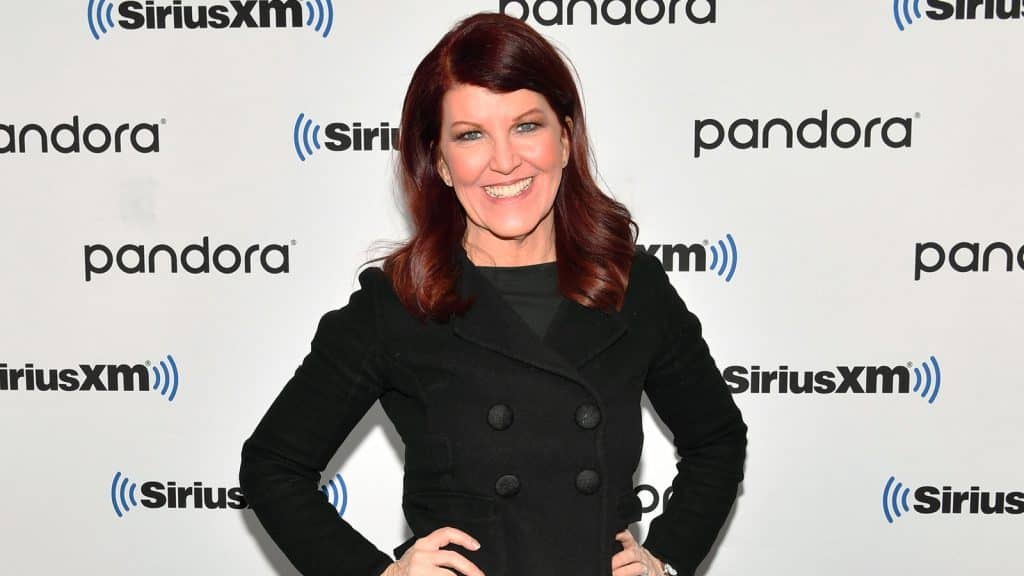 Where is Kate Flannery now? Husband, Net Worth, Children, Bio

Who is Kate Flannery?

American actress Kate Destiny Flannery was born in Philadelphia, Pennsylvania USA, on 10 June 1964, under the zodiac sign of Gemini. She’s appeared in nearly 80 movies and TV series, and is perhaps best known for her portrayal of Meredith Palmer, one of the lead characters in the critically acclaimed comedy series “The Office”, created by Stephen Merchant, Ricky Gervais and Greg Daniels, and which also starred John Krasinski, Jenna Fischer and Steve Carell. It follows the everyday life of a group of office workers, the series aired from 2005 to 2013, and won 56 of its 251 award nominations.

Kate’s still quite active in the film industry, and is currently shooting for several upcoming movies and TV series.

American married couple Tom and Joan Flannery raised their daughter Kate in Philadelphia, alongside her twin sister, five other sisters and a brother; not a lot is known about Kate’s family, because she respects their privacy.

Kate was attending a local high school when she fell in love with acting, joined her school’s drama club, and began appearing in plays performed at the school, as well as at a local theatre. She matriculated in 1982 and then enrolled at the University of the Arts in Philadelphia, from which she graduated with a Bachelor’s degree in acting in 1986.

Kate spent the following 13 years focused on appearing in theatre plays, prior to launching her on-screen career.

Kate made her debut film appearance in the 1999 comedy “Can’t Stop Dancing”, and a couple of her following roles were in the 1999 musical romantic comedy “Trick”, the 2000 short drama “Amy Stiller’s Breast”, and the 2002 romantic crime comedy “Life Without Dick”.

In 2003, Kate portrayed Café Waitress in the romantic comedy drama “Carolina”, directed by Marleen Gorris, and which starred Julia Stiles, Shirley MacLaine and Alessandro Nivola; it follows a woman who’s run away from her family in search of a normal life. Kate could then have been seen appearing in the 2006 comedy “Danny Roane: First Time Director”, and in 2007 the short comedy “Jesus People” and the comedy “Wild Girls Gone”.

She portrayed Airline Counter Girl in the 2009 drama “You”, and Beverly Simmons in the 2011 romantic comedy “The Christmas Pageant”. In 2012, Kate played Rosemary in the romantic comedy “Love or Whatever”, directed by Rosser Goodman, and which starred Tyler Poelle, Joel Rush and Jennifer Elise Cox; it follows Corey, whose boyfriend has just dumped him for a girl.

In 2017, she played Linda Fox in the comedy “How to Get Girls”, written and directed by Omri Dorani, and which starred Chris Elliott, David Koechner and Chris Kattan. It follows a nerdy teenager whose best friend’s just become popular at school, and the film was nominated for a Portland Comedy Film Festival Award for Best Supporting Actor (Alexander Jameson).

Three of Kate’s most recent film roles have been in the 2020 short comedy “Thanks Nurses”, the 2020 comedy “Golden Arm” and the 2022 comedy “The Prank”; she’s currently shooting for the upcoming movies “Plan B” and “Bolt from the Blue”.

Kate’s debut TV series role was her playing of Bunny in four episodes of the 2001 drama “Spyder Games”, and the following year saw her appear in the episode “The Corpse-Sniffing Dog” of the critically acclaimed comedy “Curb Your Enthusiasm”.

In 2003, she appeared in an episode of the mystery crime drama “Boomtown”, the comedy “Crossballs: The Debate Show” and the family comedy drama “The Bernie Mac Show”, and in 2006, she reprised her role as Meredith Palmer in the short mystery comedy “The Office: The Accountants”, which follows the original cast of “The Office” as they’re trying to find out who stole $3,000 from Dunder Mifflin. Kate then appeared in a couple of other “The Office” spin-offs, such as the 2008 “The Office: The Outburst”, the 2009 “The Office: Blackmail” and the 2010 “The Office: The Mentor”.

In 2014, she was cast to play a supporting character in the hit comedy “The Comeback”, created by Michael Patrick King and Lisa Kudrow, who also starred in it with Lance Barber and Robert Michael Morris. It follows an actress who’s trying to become popular again, the series aired from 2005 to 2014, and won three of its 30 award nominations.

Between 2015 and 2018, Kate voiced Barb Miller in the animated action adventure “Steven Universe”, created by Rebecca Sugar, and which starred Zach Callison, Dedee Magno and Michaela Dietz. It follows several intergalactic warriors as they’re fighting off Earth’s attackers; the series aired from 2013 to 2020 and won 14 of its 47 award nominations.

Three of Kate’s most recent TV series roles have been in the 2021 episode “Lay Lay the Legendary” of the family comedy “That Girl Lay Lay”, the 2021 episode “Texas Wedge” of the action crime adventure “Magnum P. I.” and two episodes of the 2022 comedy “PBC”.

Kate’s been featured in a number of documentaries, including the 2016 series “Inside Joke at Moontower”, the 2021 podcast series “Dark Air with Terry Carnation”, and the 2022 movie “Everybody Has an Andy Dick Story”.

Kate’s won four of her 14 award nominations. She and her colleagues won a 2007 Gold Derby TV Award for Ensemble of the Year, two Screen Actors Guild Awards for Outstanding Performance by an Ensemble in a Comedy in 2007 and 2008, and a 2008 TV Land Future Classic Award, all for their performance in “The Office”.

Kate’s not that open when it comes to sharing the details of her love life with her fans, but has revealed that she met her long-term boyfriend Chris Haston back in 2006, on the set of the series “The Office”.

Chris is an actor and photographer, who’s probably best known for having worked as a set photographer on 13 episodes of the game-show “Weakest Link” in 2020 and 2021; he had also made an uncredited appearance in the 2013 episode “Finale” of the series “The Office”.

Chris and Kate don’t have children together, and Kate’s revealed that they were already a bit too old for children by the time that they met.

She hasn’t mentioned other men whom she’s dated, and Kate’s in a long-term relationship with Chris Haston as of October 2022, hasn’t married and doesn’t have children.

While working on her way up in the film industry, Kate was employed at Kate Mantelini restaurant in Beverly Hill.

Kate’s an Instagram star too, as there are today over 300,000 people following her on the social media network, while she’s posted nearly 3,000 pictures and videos.

Kate’s favorite actresses are Kate Winslet and Emma Watson, and some of her favorite movies include “The Reader”, “The Mountain” and “The Dressmaker”.

Kate’s net worth’s been estimated at over $4 million as of October 2022.