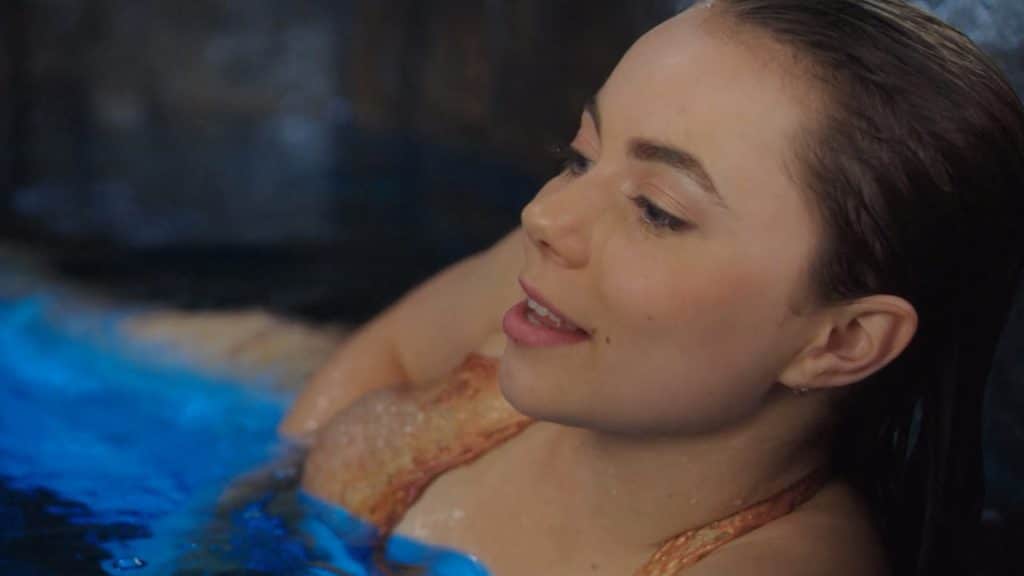 Where is Ivy Latimer now? What is she doing today? Biography

Who is Ivy Latimer?

An actress, Ivy Latimer is perhaps known best for her role as Nixie in the series “Mako Mermaids”. The series aired from 2013 until 2016, but Ivy was just seen in the first season, so fans wanted to know what happened to her.

If you are one of those interested in the life and career of this young actress, let us tell you the naked truth.

Ivy Joy Latimer was born under the zodiac sign of Sagittarius on 1 December 1994, in Ventura, California USA, thus she holds American nationality though comes from a family of Australian descent.

She is quite secretive when it comes to her personal matters, and hasn’t shared any information regarding her parents and any siblings. Some sources claim that a girl named Zoe Rae, a model and actress who works under James Talent Group, is her sibling, however, Ivy hasn’t confirmed this.

Ivy attended the Hunter School of Performing Arts in Broadmeadow, Newcastle, Australia, thus it is assumed that she spent most of her life there. Upon matriculating in 2011, she didn’t enroll in college, but pursued her acting career.

Ivy made her acting debut portraying Madelaine James in an episode of the series “All Saints” in 200, and followed with her role as Lel in the TV movie “White Collar Blue”.

In the following year, she made an appearance as Chantelle in the series “Grass Roots”, then reprised her role as Lel in the television adaptation of the movie “White Collar Blue”, with the same title. This crime drama, starring Brooke Satchwell, Peter O’Brien and Freya Stafford, followed the story of the detectives of the Kingsway Major Crime Squad, and was nominated for the Australian Film Institute Award for Best Television Drama Series.

In 2004, Ivy had a guest role as Isabella in an episode of the series “The Cooks”, followed by her role as Ashley McClusky in “Love My Way” (2004-2006). Concurrently, in 2005 she was seen as Olivia Richards in “Home and Away”, the long-running romantic drama, starring Lynne McGranger, Ray Meagher, and Emily Symons, which follows the lives, loves, and heartbreaks of the residents of Summer Bay, a small coastal town in Australia; it’s had 114 award nominations and won 47.

In 2009, Ivy was seen as Cassie Bishop in the short movie “Franswa Sharl”, followed by her role as Linda Conway in the comedy-drama “Accidents Happen”, starring Geena Davis, Harry Cook and Harrison Gilbertson. The movie was nominated for the Tribeca Film Festival Jury Award for Best Narrative Feature.

During 2010 and 2011, Ivy was seen in her first lead role as Angela in the series “Me & My Monsters”. Although the series had no nominations, it was well accepted by young viewers.

Concurrently, she guest-starred in an episode of the series “Underbelly”, and was next cast to play her most notable role to date, as Nixie in “Mako Mermaids”, an adventure comedy-drama, which followed the story of a young man who magically turns out a merman, and discovers his underwater origins. The co-stars of the series were Chai Hansen, Gemma Forsyth and Dominic Deutscher, and the series had two Screen Music Award, Australia nominations for Best Music for Children’s Television, in 2014 and ’16; this was Ivy’s most recent role.

In July 2014, she began hosting the Australian children’s show “Studio 3”, and stayed until 2015; this was her last television appearance.

As with many actors who keep their private affairs under wraps, there have been various rumors concerning both Ivy’s love life and her sexual orientation. She hasn’t spoken about any man or woman with whom she might have been, or is with. Some rumors suggested that she’s dating Chai Hansen, her co-star in “Mako Mermaids”, which began after some of their photos were posted on the internet, however, neither Ivy nor Chai commented on these assumptions.

As of September 2022, it seems that Ivy is single, she hasn’t been married or engaged, and doesn’t have children.

Where Ivy is today and what is she doing?

Ivy was last seen publicly in the music video for the song “Fireworks” by Simo Soo in 2021, and was credited as Ivy Bernier.

A few months later, Ivy (allegedly) came out as transgender, and she seems to be going under the alternative names of Ivy Joy and Ivy Bernier. She came out through her Instagram, and there was a new one made under the name ‘nixiewasaboy’, which is now defunct.

According to reddit.com users, she seems to have multiple Instagram accounts, and it’s hard to find out more specifics about her life now. Many believe that her Instagram account is under the name ‘blue31101994’ which has been followed by nearly 30,000 people, but is private.

Some rumors were saying that the news about her coming out as transgender was a hoax created by a fan, however, Ivy hasn’t given any official statement regarding her/his sexual orientation.

There is an Instagram account under the name ‘ivylatimer’ which has been followed by nearly 15,000 people, although the last photo was posted back in 2017, and other posts are from 2013, mostly related to her role in “Mako Mermaids”.

In the 2015 interview for mixcloud.com, Ivy spoke about her work with Improv Conspiracy, and how it helps her acting career. Among other things she spoke about her American side of the family, insomnia, comedy, vampires, and mermaids, but there is no word about her sexual orientation.

Ivy has managed to keep her life away from the media’s attention, and to keep her personal matters under wraps.

According to sources, as of September 2022, Ivy’s net worth has been estimated at over $250,000, most of the income she has earned is thanks to her acting career.