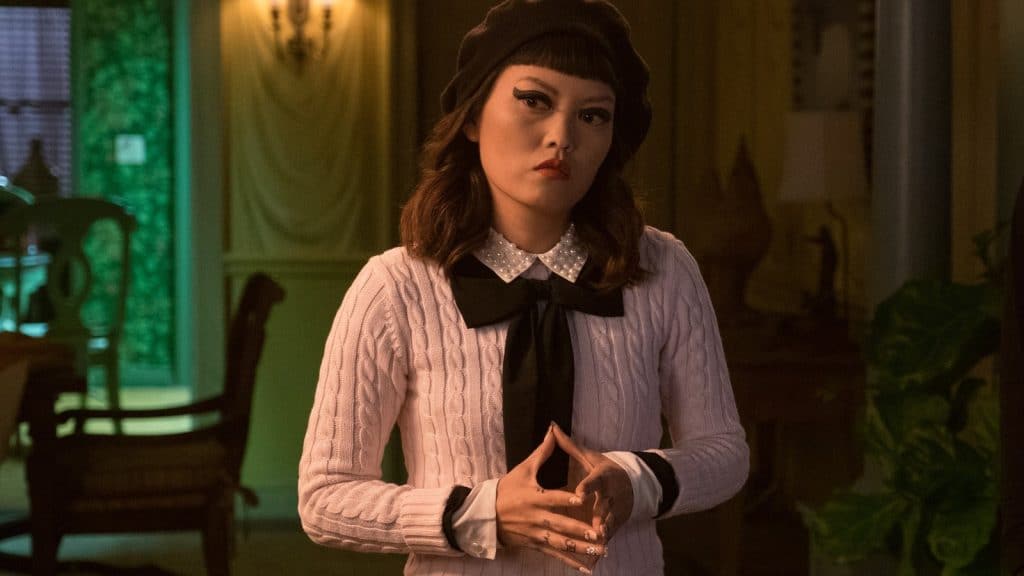 Where is Hana Mae Lee from Pitch Perfect now? Net Worth, Age

Who is Hana Mae Lee?

Hana is an American actress, comedian, fashion designer and model, perhaps best known to the world as Lilly Onakuramara in the film franchise “Pitch Perfect” (2012-2017), and as Sonya in the film “The Babysitter” (2017), in addition to several other roles that she has secured in her career.

Where is Hana Mae Lee Now?

Although she can’t be seen on screen, Hana can certainly be heard. Hana is currently working on the animated horror film “Abruptio”, in which she will voice the character named Chelsea, written and directed by Evan Marlowe, with Jordan Peele, Christopher McDonald and Robert Englund as the main stars. The project is currently in post-production, and the premiere date is yet to be determined.

Moreover, she runs her own podcast series, “The Integral Principles of the Structural Dynamics of Flow”, with the latest episode released in June.

Hana Mae Lee was born on 28 September 1988 in San Fernando Valley, California, USA. Of Korean and Japanese ancestry, Hana hasn’t revealed her parents’ names, though it’s known that her mother is the owner of a fashion boutique, and that her father is a police officer.

She went to Granada Hills Charter High School, and enrolled at Otis College of Art and Design in Los Angeles when she was just 16 years old, from which she got her BFA in fashion design.

Before making a name for herself as an actress, Hana tried herself in various industries. At just 13 years old, Hana launched her jewelry line, Hanamahn. Since then, she has gone a step further and founded the apparel line under the Hanamahn name, and some of her creations have been used for the “Pitch Perfect” franchise.

When she was 16 years old, Hana signed a contract with a modeling agency, and went on to appear in campaigns for such brands as Apple Inc, Honda, Nokia, American Express, and Jeep among many others. Furthermore, she was seen in magazines such as Teen Vogue, Elle, and TIME, among others.

Hana made her acting debut in 2006 with a minor role in the comedy film “The Dog Problem”, written and directed by Scott Caan, starring Giovanni Ribisi, Lynn Collins, and Caan. The following year, Hana appeared in the drama film “Eli’s Liquor Store”, with Christiann Castellanos, Casey Chin and Issac Choe in the lead roles, then continued with minor roles in such projects as the short film “Johnny Raikou” (2009), then the TV series “Mike & Molly” and “Workaholics” both in 2011.

In 2012, Hana secured her career-changing role as Lily in the musical comedy “Pitch Perfect”. Directed by Jason Moore, the film was based on the book by Mickey Rapkin, and starred Anna Kendrick, Brittany Snow and Rebel Wilson. It became an instant hit, winning several high-profile awards – Hana also took home an MTV Movie Award for Best Musical Moment.

The sequel “Pitch Perfect 2” became even more successful than its predecessor, launching Hana to stardom, then Hana reunited with Anna Kendrick and Brittany Snow for the third installment of the popular franchise in 2017, which was a culmination of two previous films, leading the girls to an overseas tour. However, the film grossed over $185 million, considerably lower than “Pitch Perfect 2”, which grossed over $285 million worldwide.

Her career assumed a rising trait, following the success of “Pitch Perfect” and especially “Pitch Perfect 2”, after which she began securing more prominent roles. She was Nina in Finn Taylor’s award-winning romantic fantasy-comedy film “Unleashed” (2016), with Steve Howey, Sean Astin and Justin Chatwin in the lead roles, while in 2017, she starred as Sonya in the horror comedy film “The Babysitter”, with Judah Lewis and Samara Weaving, reprising her role as Sonya in the sequel “The Babysitter: Killer Queen”, sharing the screen once more with Judah Lewis and Samara Weaving.

Next, Hana appeared in the short-lived TV comedy crime-drama series “Perpetual Grace, LTD” (2019), which starred Ben Kingsley, Jimmi Simpson and Luis Guzman, then in the mockumentary movie “Artista Obscura”, about the world’s most obscure artists.

In 2021, Hana co-starred with Macy Gray and Leonardo Nam in the horror thriller film “Phobias” as Sami, and she was Jewel in the action comedy-drama film “Habit”, starring Bella Thorne, Andreja Pejic, and Gavin Rossdale.

As of mid- 2022, Hana Mae Lee’s net worth has been estimated at $1.5 million, which she acquired through her acting career; Hana has made over 40 film and TV appearances.

Hana is very secretive about her personal life and doesn’t share much. According to reports, she dated actor Utkarsh Ambudkar in 2012, but that romance is long gone. She is currently single, and her only focus seems to be her career.

Hana met and worked with Kim Kardashian in one of her many campaigns. Hana is a fashion designer, and has worked with Mossimo’s boy’s label, and the plus-size line for Target.

Her success as a designer caused one of the greatest fashion houses – Ralph Lauren – to take an interest in her work, and she was asked to work for the Purple and Black labels and create their menswear. However, Hana declined the offer, as her primary goal was to succeed as an actress, and she wanted to put all focus in that direction.

Hana is a talented dancer, and has trained in modern dance and hip-hop.