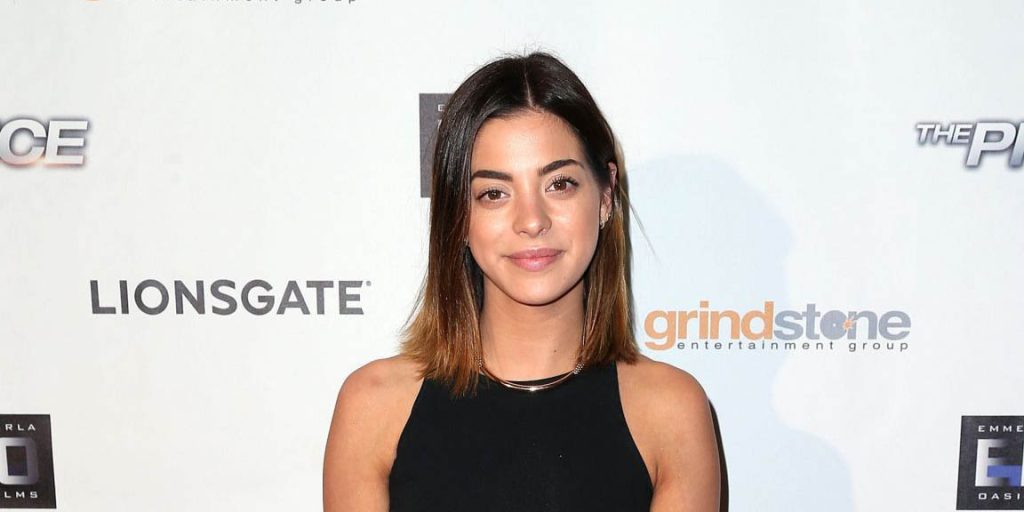 Where is Gia Mantegna from “Criminal Minds” now? Net Worth

The 2011 Miss Golden Globe award winner, actress Gia Mantegna, is famous for her role of Devin in the sitcom “The Middle”, and as Gina in the fantasy comedy movie “13 Going on 30,” which aired in 2004. Moreover, she is widely known for being the daughter of the American actor, director, and producer Joe Mantegna.

Born Gina Cristine Mantegna under the Aries zodiac sign on 17 April 1990, in New York City, USA, Gia is 32 years old as of 2022. Her parents are Joe Mantegna and Arlene Vrhel, a restaurateur who founded the eatery Taste Chicago, based in Burbank, California.

She was raised together with her elder sister, the make-up artist Mia Mantegna, in Manhattan, before her family relocated to Los Angeles, California. Gina’s mother is of German, Australian and Czech ancestry, while her father is Italian. She trained in ballet and gymnastics at a young age, and she also leant to play the saxophone and piano while she was growing up.

Gia went to a North Hollywood-based high school, but has otherwise remained tight-lipped regarding details of her additional education.

Mantegna made her film debut in 2003 aged 13, in the comedy drama movie “Uncle Nino”, appearing together with her father Joe, Anne Archer, Trevor Morgan and Duke Doyle.

In the year that followed, she was cast in the Gary Winick-directed film “13 Going on 30,” then two years later, Mantegna landed the role of Grace in the film “Unaccompanied Minors,” which saw her nominated for the Young Artist Award – category of Best Young Ensemble in Feature Film – in 2007.

In 2005, Mantegna made her TV debut playing Claire Gilroy in the Fox drama “Murder Book,” She was later selected for a lead role in the show “Neighbor”, appearing together with Edd Quinn, Matthew Modine and Michele Laroque. When she turned 18, she changed her professional name to Gia and shortly afterwards guest-starred in a season three episode of the show “Criminal Minds,” which starred her father, playing Lindsey Vaughn, a teen who has been kidnapped for witnessing the murder of her friend.

She then portrayed Patty Mary in three episodes of the series “The Secret Life of an American Teenager”, in 2008 and 2009.

Previously, Gia had an affair with the American musician and actor Mitchel Musso. The duo first met at the premiere of Mantegna’s film “Unaccompanied Minors” in 2006, and they later began dating in October 2009. Musso is famous for appearing in three Disney channel projects: he played Oliver Oken in the sitcom “Hannah Montana,” voiced Jeremy in the animated TV series “Phineas and Ferb,” and also featured in “Pair Of Kings” as King Brady. However, their relationship was short-lived, and they parted ways after dating for two years, Musso revealing that he broke up with her because he wanted to focus more on his entertainment career.

Gia is presently single, and seems to be wholly focused on her career; she has kept her private life away from the limelight. On the other hand, Musso has been dating the Instagram star and certified cosmetic nurse Haley Rome since 2015.

Gia began acting at a young age and has since featured in many successful projects, which has earned her a modest net worth. She also earns from endorsement deals, and has been the brand ambassador of several companies including Bingeonvintage. According to sources, “The Middle” star’s net worth is close to $1 million as of mid-2022.

Who is Her Father, Joe Mantegna?

The Tony Award-winning actor was born Joseph Anthony Mantegna on 13 November 1947, in Chicago, Illinois, which makes him 74 years old as of mid-2022. His parents were Joseph H. Mantegna, who worked as an insurance salesman, and Mary Ann who was a shipping clerk. He attended the Cicero-based J. Sterling Morton High School East, and later joined the Art Institute of Chicago and Goodman School of Drama to study acting.

Joe started his career with a role in the play “Hair” in 1969, before making his film debut in 1977’s “Medusa Challenger.”

Joe has close to 200 film and TV credits, and has made a fortune from his acting career. According to authoritative sources, he’s presently worth around $25 million.

Mia was born under the Gemini zodiac sign on 5 June 1987, in New York City, USA, which makes her 34 years old as of 2022 – most of her childhood details are similar to that of Gia. In 1990, she was diagnosed with autism, a developmental disorder that impairs one’s ability to interact and communicate, but she went for family, educational, and behavioral therapies over time and she luckily recovered. She had been born weighing less than 2 pounds and had spent the first few months of her life in the intensive care unit. She was unable to attend a regular school until she reached the fifth grade, since her speech level was different from other children’s.

Mia has featured in various projects, including the Raymond Martino-directed movie “Love on a Train,” which was released in 2011, and in “Sunshine Manor,” also directed by Raymond Martino and Greg Donoghue in the same year. She lent her voice to the animated sci-fi film “Air Burst: The Soda Doom” in 2014 and she also boasts of writing the short movie “A Tasteless Trip to Museum,” which featured Scott Siegel, Mark C. Gacis and Quinn Wright.