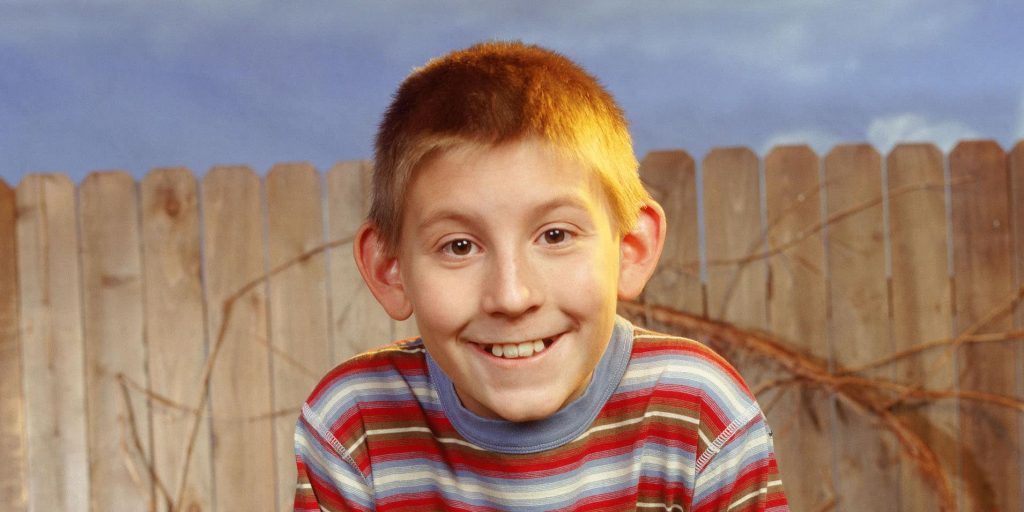 Where is Erik Per Sullivan now? Net Worth, Height, Height. Gay?

Who is Erik Per Sullivan?

Erik Per Sullivan is an retired American actor, perhaps best remembered as Dewey in the TV series “Malcolm in the Middle” (2000-2006), and as Charlie Sumner in the film “Unfaithful” (2002), in addition to several other roles that he has secured during his acting career.

Where is Erik Per Sullivan Now?

Erik Per Sullivan left the acting world in 2010, making his last on-screen appearance as Timmy in the action thriller-drama film “Twelve”, which starred Chace Crawford, Emma Roberts, and Rory Culkin. Since then, he has enrolled at the University of Southern California, Los Angeles, but has otherwise kept a low profile, avoiding even “Malcolm in the Middle” reunions.

Erik Per Sullivan was born on 12 July 1991 under the Cancer zodiac sign, in Worcester, Massachusetts, USA. the only child of Fred Sullivan and his wife Ann. Of Swedish ancestry on his mother’s side, Erik learned to speak a bit of the Swedish language, as the family visited Sweden every year during his childhood.

Erik became interested in acting at an early age, making his acting debut at just seven years of age in the Academy Award-nominated sci-fi action-adventure film “Armageddon”, directed by Michael Bay and starring Bruce Willis, Billy Bob Thornton, and Ben Affleck. In the film, he was a kid with a rocket ship, but his performance was uncredited.

However, the following year, he stunned the world with the role of Fuzzy in the Oscar-winning romantic drama film “The Cider House Rules” with Tobey Maguire, Charlize Theron and Michael Caine.

In 2000, he was cast to play Dewey in the TV comedy series “Malcolm in the Middle”; his character is the fourth son and the youngest child in the family, until the birth of Jamie. Often a victim of Malcolm’s pranks, Dewey was loved by many fans of the series. He is highly intelligent and musically gifted and has taught himself to play the piano. His charisma, humor, and all the comedic situation he found himself in often stole the show.

Erik appeared in all 151 episodes of the Primetime Emmy Award-winning series through 2006, and was nominated for a few prestigious awards, and jointly won Artist Award in the category for Best Young Ensemble in a TV Series (Comedy or Drama), among others.

While working on the TV series, Erik became very close with actor Bryan Cranston, and the young star really took to the experienced actor. He visited his house and even spent days and nights at Bryan’s home.

He turned into an international star thanks to the popularity of the series, and he also impressed casting directors.

As a result, he concurrently appeared in a number of prominent roles in the first half of the 2000s, significantly boosting his career. He was Miles in the 2001 award-winning horror thriller-mystery film “Wendigo”, co-starring alongside Patricia Clarkson and Jake Weber. and won the Fright Meter Award in the category for Best Supporting Actor for his work in the film.

Moreover, in the same year he portrayed Little Joe Dirt in the adventure comedy-drama film “Joe Dirt”, with David Spade, Brittany Daniel and Dennis Miller in the lead roles.

In 2002, Erik starred as Charlie Sumner in the Academy Award-nominated romantic thriller-drama film “Unfaithful”, starring Richard Gere, Diane Lane and Olivier Martinez, while in 2003, he voiced Sheldon in the animated film “Finding Nemo” and in the subsequent video game of the same name.

In the second half of the decade, Erik appeared in the short film “Once Not Far from Home” (2006), then he voiced Baby Bug in the animated film “Arthur and the Invisibles”, also in 2006. In 2007, he starred as the title character in the award-winning comedy-drama film “Mo”, written and directed by Brian Scott Lederman, and co-starring Margo Martindale and Adam LeFevre.

His final appearance was as Timmy in the teen crime drama film “Twelve” in 2010, based on Nick McDonell’s 2002 novel of the same title.

As of mid- 2022, Erik Per Sullivan’s net worth has been estimated to be around $3 million, earned through his successful career as an actor, during which he appeared in approximately 10 film and TV titles before retiring.

Erik has been very secretive about his personal life, and as a result, there is no reliable information about his love life and other aspects.

However, due to his secretive nature, a number of rumors have surfaced, including him being gay. Erik hasn’t addressed these comments and is still avoiding any public appearance.

In 2009, he was rumored to be at least friendly with model and actress Daveigh Chase, but neither confirmed the rumour. He is now rumoured to be married, and living privately with his wife and children, but there’s no proof, and until Erik comes forward with details, we can only speculate about his personal life.

The prominent actor has light brown hair and brown eyes. He stands at the height of 5ft 9ins (1.75m), while he weighs approximately 165lbs (75kgs). His vital statistics are unknown, though he has an average figure.

In addition to acting, Erik has had several other hobbies. At an early age, in addition to acting, he began studying piano and the saxophone. He never pursued his musical talents as a career, but his skills as a piano player helped him in his acting career, especially in the role of Dewey.

Erik is also interested in mixed martial arts (MMA), and has a first-degree black belt in taekwondo. He was very physically active, and during his early years he played paintball, skied, and engaged in other sports activities.