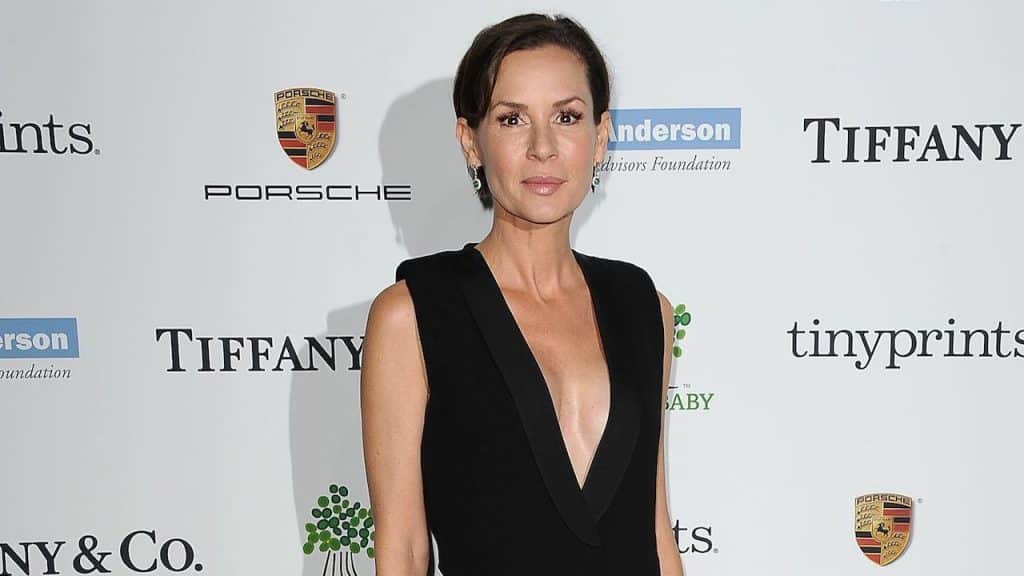 Where is Embeth Davidtz now? What happened to her? Wiki

You may know her as Miss Honey in the movie “Matilda”, or as Rebecca Pryce in the series “Mad Men”, either way, according to audience and critics, the actress Embeth Davidtz is one of the favorite Hollywood celebrities because of her versatile acting and stunning beauty.

She has over 45 acting credits to her name, and when she paused her career, people wanted to know what happened to her, and where is she now. If you are one of those, let us tell you all about her life and work.

Embeth Jean Davidtz was born under the zodiac sign of Leo on 11 August 1965, in Lafayette, Indiana USA. She holds both American and South African nationality since her parents are South Africans who lived in the US during her father’s studies. Her ethnicity is of mixed ethnicity – French, Dutch and English descent.

Her father,John, studied chemical engineering at Purdue University in Lafayette, so she was born there. Her mother’s name is Jean, but nothing is known about her. The family later moved to Trenton, New Jersey USA, before they went back to their native South Africa when Embeth was nine years old, and where John was a professor at the Potchefstroom University for Christian Higher Education, so Embeth learned Afrikaans, an African language of Dutch origin.

Speaking of her educational background, Embeth attended The Glen High School, a public English high school situated in Pretoria, one of South Africa’s capital cities. Upon matriculating in 1983, she enrolled at Rhodes University in Makhanda, from which she graduated with a BA degree in 1987

After graduating, Embeth launched her acting career performing in English and Afrikaans in local plays, making her stage debut playing at the Maynardville Open-Air Theatre. She starred in “A Chain of Voices” (by Andre Brink) and “Silent Night”, for which her performance brought her nominations for the South African equivalent of the Tony Awards given for Broadway productions and performances.

Embeth made her big-screen debut portraying Jennifer in the South African movie “Mutator” in 1989. In the following year, she was cast to play Laurie Shannon in “Sweet Murder”, and Embeth’s role as Tessa van Dyk in the 1991 movie “Nag Van Die 19de” was a very important role for her.

In the following year, she worked with famous American writer and director Sam Raimi, in a lead role in his movie “Army of Darkness”, which brought her a nomination for the Fangoria Chainsaw Award for Best Supporting Actress.

Her performance in “Nag Van Die 19de” had been noticed by another American director, actually by one of the greatest, Steven Spielberg, who offered Embeth the role of Helen Hirsch in the 1993 biographical historical drama “Schindler’s List”.

The movie turned out to be a blockbuster, and had over 150 award nominations winning 91, including seven Oscars in 1994, for Best Picture, Best Director, Best Writing, Screenplay Based on Material Previously Produced or Published, Best Cinematography, Best Art Direction-Set Decoration, Best Film Editing, and Best Music, Original Score.

Embeth was next seen in “Murder in the First” and “Feast of July” in 1995, and she was then cast to play Miss Honey in “Matilda”, the family fantasy comedy based on the novel of the same title by Roald Dahl, and directed by Danny DeVito, who also starred in the movie.

It seems that 1998 and 1999 were good years for Embeth, since she was seen starring in several hit movies, such as “Fallen”, “Last Rites”, and “The Gingerbread Man”. She followed with roles in “Simon Magus”, “Mansfield Park”, and “Bicentennial Man”, which in 2000 brought her a nomination for the Blockbuster Entertainment Award for Favorite Actress-Comedy.

Next, Embeth was seen as Natasha in the 2001 romantic comedy “Bridget Jones’s Diary”, followed by her role as Doctor Philippa Horwood in “The Hole”. In the following year, she was cast to play Elizabeth in “The Emperor’s Club”, starring Kevin Kline, Joel Gretsch and Emilie Hirsch.

Her most recent movie roles were in the 2021 horror “Old”, and then she was seen as Judith in the comedy-drama “Not Okay” in 2022.

Embeth made her first television appearance portraying an Older Karen in the 1989 series “Screen Two”. She appeared in three TV movies in the next decade, then her next series role came in 2001, when she was cast to play Ellen Baines Croland in “Citizen Baines”.

In the following year, she was seen as Rosalind Chetwynd in the TV mini-series “Shackleton”, followed by her role as Amy in the two times Primetime Emmy-awarded drama “In Treatment” in 2008. In 2009, Embeth was seen as Felicia Koons in season three of the comedy-drama “Californication”, then from 2009 until 2012, she had the recurring role of Rebecca Pryce in the drama “Mad Men”, which had 406 award nominations, and won 143, including 16 Primetime Emmys.

In the 2015 TV mini-series “The Secret Life of Marilyn Monroe”, Embeth starred as Natasha Lytess, a German acting teacher, who was allegedly in a romantic relationship with Marilyn, with other lead roles played by Kelli Garner and Susan Sarandon.

In the following year, Embeth was seen as Sonia Kovitzky in the crime drama “Ray Donovan”, and she then guest-starred as Doctor Nancy Shepard in an episode of the popular series “Grey’s Anatomy” in 2019. Embeth had also made an appearance in this romantic drama back in 2006, but her role was uncredited.

There have been various rumors concerning both Embeth’s love life and her sexual orientation. However, it’s known that from 1994 until 1995, she was in a relationship with Harvey Keitel, an American actor, and producer, then in that year began dating British actor Ben Chaplin, and the two were together for five years. After they broke up, Embeth met her future husband, Jason Sloane, an attorney; the two married on 22 June 2002, and they have two children, Charlotte Emily and Asher Dylan, whose birthdates are unrevealed.

As of September 2022, Embeth is still in the marriage.

As mentioned, in 2016 Embeth made a guest appearance in the series “Ray Donovan”, and the character she portrayed was a breast-cancer survivor. She revealed that she had been diagnosed with breast cancer in 2013, and that is why she stopped working. Embeth underwent a mastectomy, and her role as Sonia Kovitzky in the series was her first after the surgery.

When she was informed that this role required nudity, she spoke to the producer of the series, David Hollander, and they came to an idea to incorporate her partially-reconstructed right breast into the story, showing her right nipple without a prosthetic.

In one of her interviews, Embeth said: ‘Somebody might not believe it if an actress pretended to have their nipple gone, and said, ‘Look, I’m still sexual and pretty.’ But when it’s real, I hope it makes someone feel beautiful. I still feel beautiful,’ adding that by taking the role, she wanted to send that message.

According to sources, as of September 2022, her net worth has been estimated at over $5 million.