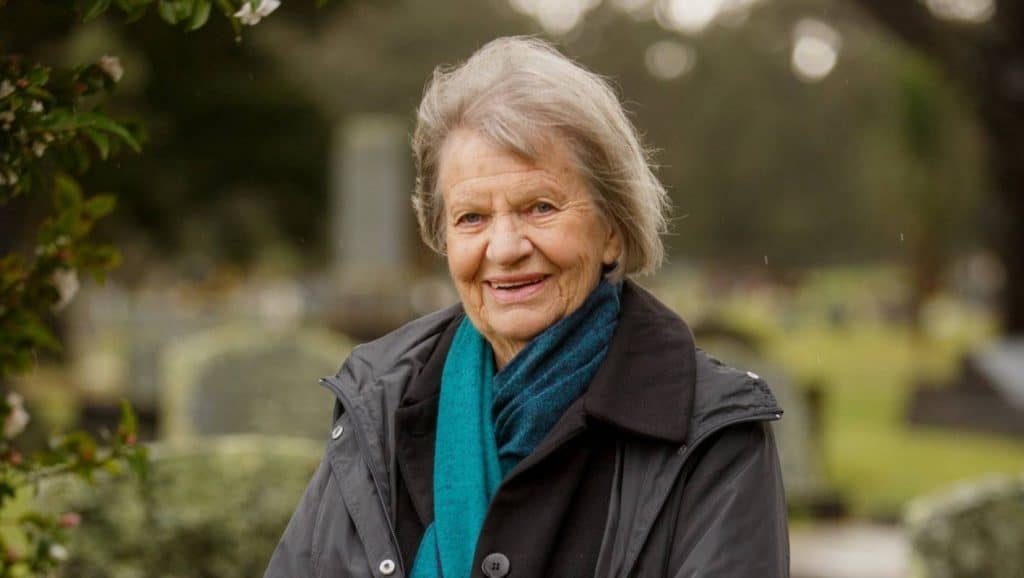 Where is Elizabeth MacRae now? Age, Net Worth, Family, Bio

Who is Elizabeth MacRae?

Retired American actress Elizabeth Hendon MacRae was born in Columbia, South Carolina USA, on 22 February 1936, under the zodiac sign of Pisces. She appeared in 44 movies and TV series prior to retiring from the film industry in 1989, while she’s perhaps still best known for her portrayal of Meredith in the 1974 mystery thriller movie “The Conversation”, written and directed by Francis Ford Coppola, and which starred Gene Hackman, Allen Garfield and John Cazale. It follows a surveillance expert who believes that the two people whom he’s spying on will be killed; the movie won 14 of its 33 award nominations, including three Oscar nominations for Best Sound, Best Writing-Original Screenplay and Best Picture.

Elizabeth’s been staying away from the media’s attention since 1990, and is today leading a peaceful life at her home in Los Angeles; she spent most of the ‘90s counseling those addicted to drugs and alcohol.

James C. MacRae and his wife Dorothy (nee Hendon) raised their daughter Elizabeth in Fayetteville, North Carolina, alongside her one older and one younger sibling; James was a lawyer prior to becoming a superior court judge, and Dorothy was a housewife.

Elizabeth attended a local elementary school in Fayetteville, and studied at the secondary school Holton-Arms in Washington, D.C; it was during her time at school that she fell in love with acting, having appeared in more than 10 plays performed at the school.

Elizabeth matriculated in 1954 and then began pursuing acting, appearing in many plays in the following four years, prior to launching her career on TV.

Elizabeth made her debut TV series appearance in a 1958 episode of the drama “The Verdict Is Yours”, and the following three years saw her appear in an episode of various series, such as the drama “Rendezvous”, the comedy “Harrigan and Son”, and the crime drama “The Asphalt Jungle”.

In 1961 and 1962, she played three characters in three episodes of the drama “Surfside 6”; it starred Margarita Sierra, Lee Patterson and Van Williams, and follows three private detectives working in Miami, Florida.

Between 1960 and 1964, Elizabeth portrayed a couple of characters in the hit adventure drama “Route 66”, created by Herbert B. Leonardo and Stirling Silliphant, and which starred Martin Milner and George Maharis; it follows the lives of two men as they’re travelling around the USA, and the series won one of its six award nominations.

The remainder of the ‘60s saw Elizabeth appear in an episode or two of many series, such as the romantic drama “Another World”, the western “The Virginian”, and the drama “Judd for the Defense”.

In 1976 and ‘77, she played Phyllis Anderson and Barbara Randolph in the long-running soap opera “Days of Our Lives”, and her final TV series role came in 1985, when she was cast to play Jozie in 11 episodes of the romantic drama “Search for Tomorrow”. Created by Agnes Nixon and Roy Winsor, it starred Dwight Weist, Larry Haines and Mary Stuart, and follows the life of Jo Gardner, who’s married a couple of times, and has worked as a restaurant owner, librarian and motel owner; the series aired from 1951 to 1986, and won 10 of its 29 award nominations.

Elizabeth’s debut film appearance was her portrayal of Jackie in the 1961 romantic musical comedy “Love in a Goldfish Bowl”, while the same year saw her play Susie Penrose in the fantasy comedy “Everything’s Ducky”, directed by Don Taylor, and which starred Mickey Rooney, Buddy Hackett and Jackie Cooper; it follows a talking duck which has been sneaked aboard a ship.

In 1962, Elizabeth played Crystal Plummer in the western “The Wild Westerners”, and she then played Queenie in the 1963 drama “Wild Is My Love”.

Also in 1963, she portrayed Marsha in the romantic comedy “For Love or Money”, written and directed by Michael Gordon, and which starred Kirk Douglas, Gig Young and Mitzi Gaynor. It follows the lives of Chloe Brasher and her daughters Jan, Kate and Bonnie, and the movie was nominated for a Golden Globe Award for Most Promising Newcomer – Female (Leslie Parrish).

Elizabeth voiced Ladyfish in the 1964 animated family comedy “The Incredible Mr. Limpet”, then had only three other movie roles prior to her retirement: in the mystery thriller “The Conversation” and the crime horror comedy “The House of the Dead” both 1974, and the 1989 romantic musical drama “Eddie and the Cruisers II: Eddie Lives!”

Elizabeth sang the song “Beautiful Dreamer” in the 1964 episode “Once a Haggen” of the western series “Gunsmoke”, and seven songs in three episodes of the 1967 series “Gomer Pyle: USMC”.

She made a guest appearance in a 1968 episode of the talk-show “The Mike Douglas Show”.

Elizabeth’s married thrice. She wed her first husband, Amos Morehead Stack, Jr. on 12 August 1955; Amos was an American businessman, and while it remains unknown when he and Elizabeth divorced, it’s believed that it was finalized in 1962.

Elizabeth married her second husband, Nedrick Young in 1965; he was an actor and moviemaker, and the marriage ended with his death on 16 September 1968, when he suffered a heart attack. Elizabeth and Nedrick had two children together, Beryl MacRae Young and Benjamin Young, both of whom have passed away.

In the year following Nedricks’s death, she exchanged vows with her third husband, Charles Day Halsey, Jr., who worked as an executive at Wells Fargo, and to whom she’s still wed, as of September 2022.

Elizabeth’s been into learning languages since her teenage years, and she sang the French song “C’est si Bon” in the 1967 episode “Lou-Ann Poovie Sings Again” of the series “Gomer Pyle: USMC”.

She’s a philanthropist, and has worked with many non-profit organizations, while she also donated a lot of memorabilia from her movies and TV series to the University of North Carolina at Chapel, between 1999 and 2002.

Elizabeth’s an artist, and is an avid painter; while working on her way up in the film industry, she supported herself by selling her artwork, which could’ve been seen in her movies and TV series. She studied both painting and drawing at the Manhattan Art Students League.

Her favorite actresses are Meryl Streep and Natalie Portman, and her favorite movies include “Leon: The Professional”, “No Strings Attached”, and “Star Wars: The Phantom Menace”.

Elizabeth’s net worth’s been estimated at over $7 million, as of September 2022.