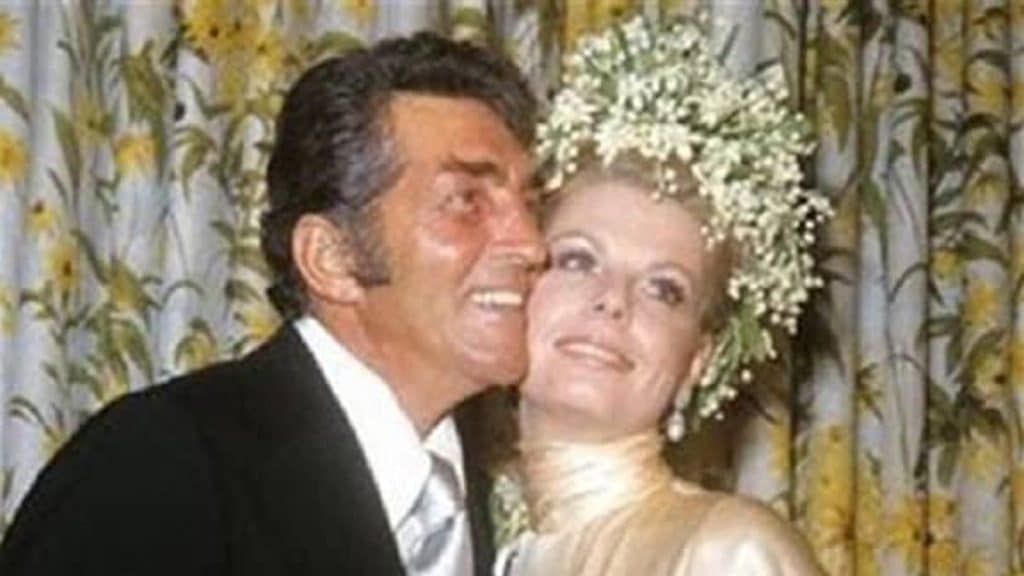 Where is Dean Martin’s ex-wife Catherine Hawn today? Net Worth

Who is Catherine Hawn?

Hawn is only known as the third and last wife of American superstar singer, actor and entertainer Dean Martin.

Where is Catherine Hawn Today?

Following her split from Dean Martin in 1976, Catherine retreated into obscurity, and until the present day, there is no information about her. All that is known is that she’s alive and close to her daughter, Sasha, who tried herself as an actress, appearing in the soap opera “Guiding Light” (1997-1999) and the film “Private Parts” (1997).

Catherine Hawn was born on 30 November 1947 in the USA. There isn’t much known about her early life and family, as she hasn’t revealed her parents’ names and their vocations. Furthermore, she hasn’t mentioned any brother or sister.

Regarding her education, there is no reliable information about it, though it’s believed that Catherine finished high school, but that she didn’t pursue further education.

After high school, Catherine found a job as a receptionist at Gene Shacove Rodeo Drive, an upscale hair salon in Beverly Hills, where she worked for years before meeting Dean Martin. Though she became a celebrity wife, Catherine’s life didn’t change much, as she avoided all the glitz and glamour of Hollywood, and featured only on the cover page of the magazine Movie World with her husband. Her daughter, Sasha, from one of her previous relationships, became Martin’s stepdaughter upon their marriage.

How did Catherine Hawn and Dean Martin Meet?

Ricci Martin, Dean’s oldest son, shared in his memoir – “That’s Amore: A Son Remembers Dean Martin ” – the story of how Catherine and his father met. It was a mutual friend, Frank Calcagnini, who organized a blind date for the duo. They were immediately smitten with one another, and dated for three years before they married.

The Wedding Ceremony and Divorce

The wedding was held on 25 April 1973, a lavish ceremony that included lilacs from France and a total of 22 cages of white doves.

However, their marriage lasted for only around three years before Martin filed for divorce. No official reason that caused the fallout of their romance was shared, but it’s believed that Martin divorced Catherine to get together again with his ex-wife, Jean Biegger.

Though Martin and Jean didn’t marry for the second time, they reconciled following his split from Hawn.

After the divorce, Catherine retreated to obscurity, and her last public appearance was at Dean Martin’s funeral in 1995.

As of mid- 2022, Catherine Hawn’s net worth has been estimated at $1.5 million, which she primarily gained through the divorce settlement after splitting from Dean Martin.

Dino Paul Crocetti was born on 7 June 1917, in Steubenville, Ohio, USA. Of Italian ancestry, he was the son of Gaetano Alfonos and Angela Crocetti. He had a brother, Guglielmo ‘William’ Antonio Crocetti, who was born in 1916, but who passed away in 1968.

Before he entered elementary school, Dean spoke only Italian. He attended Grant Elementary School in Steubenville, during which time he suffered bullying from his peers for his broken English. He later dropped out from Steubenville High School in tenth grade, and when asked what the reason he left school was, he said that he felt that he was way smarter than his teachers.

However, after leaving school, he becames a steel mill worker, then a blackjack dealer, a croupier at a speakeasy, and a welterweight boxer known as Kid Crochet, but was more than unsuccessful, losing 11 of his 12 fights before he gave up.

However, Martin found fame as a comedian when he teamed up with Jerry Lewis in post-world war two years, as the duo performed in nightclubs, radio shows, on television, and even in films.

After launching a solo career in the mid- ’50s after a falling out between two comedians and real-life friends, Dean established himself as a singer, releasing numerous hits throughout his career, including “That’s Amore”, “Sway”, “Return to Me”, “Let It Snow! Let It Snow! Let It Snow!”, “Everybody Loves Somebody”, and many others.

Dean also became an acclaimed actor, with more than 60 film and TV appearances to his name. Some of his most popular roles included in the film “Rio Bravo” (1959), in which he starred with John Wayne and Ricky Nelson, then the romantic comedy film “All in a Night’s Work” (1961), co-starring Shirley MacLaine and Cliff Robertson, the Academy Award-nominated drama film “Toys in the Attic” (1963), with Geraldine Page and Yvette Mimieux, while in 1964, Dean starred in the romantic comedy film “Kiss Me, Stupid”, alongside Kim Novak and Ray Walston.

In 1970 Martin starred in the Oscar-winning action thriller-drama film “Airport”, with Burt Lancaster and George Kennedy, and in 1973 co-starred with Rock Hudson in the western “Showdown”.

Two years later, he was San Francisco attorney Joe Ricco in the thriller crime-drama film “Mr. Ricco”, and before retiring, he portrayed Jamie Blake in the award-winning action comedy film “The Cannonball Run” (1981), and its sequel “Cannonball Run II” (1984).

Martin was diagnosed with lung cancer in 1993 and passed away on 25 December 1995 at his Beverly Hills home; he was interred at the Westwood Village Memorial Park Cemetery in Los Angeles. His epitaph reads ‘Everybody Loves Somebody”, one of his most popular songs.

Dean Martin’s net worth was estimated at $30 million at the time of his death.

He was married three times, firstly to Elizabeth Anne McDonald from 1941 to 1949, and they had four children, Craig, Claudia who died in 2001, Gail, and Deana Martin, now an acclaimed singer and actress.

After divorcing Jean, Dean and Catherine married. After his divorce from Catherine, he was in a relationship with model Pat Sheehan.