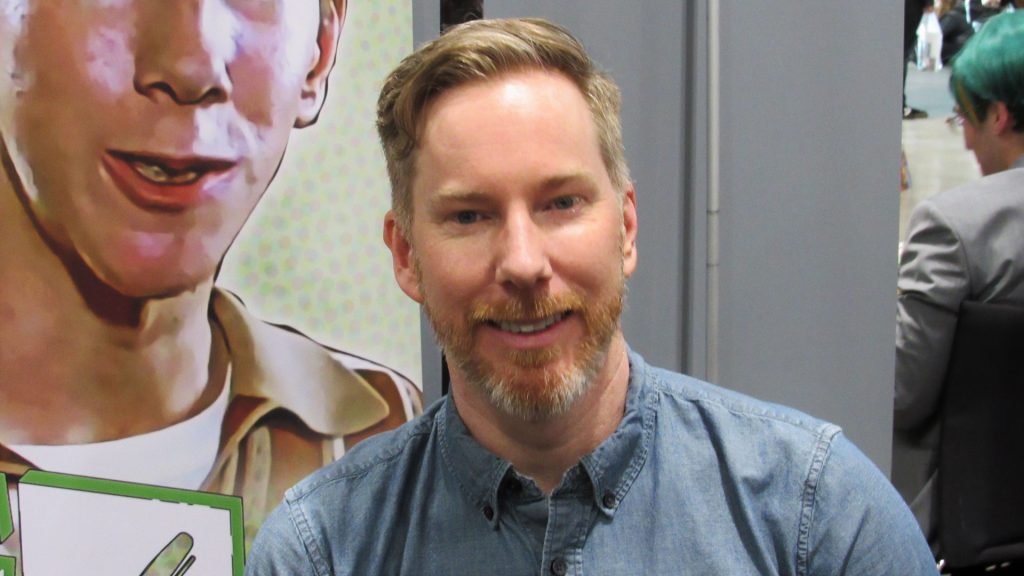 Where is Chris Owen (aka Sherminator) from American Pie now?

Who is Chris Owen?

Chris was born in Houghton, Michigan USA, on 25 September 1980 – his zodiac sign is Libra, and he holds American nationality. He’s an actor and photographer, with more than 60 acting credits to his name, while he’s perhaps still known best for his portrayal of Sherman ‘Sherminator’ in the critically acclaimed 1999 comedy movie “American Pie”, directed by Paul Weitz, and which starred Jason Biggs, Chris Klein and Thomas Ian Nicholas. It follows four teenage boys who’ve decided to lose their virginity prior to prom night; the movie won nine of the 23 awards for which it was nominated.

There are rumors circulating the internet claiming that Chris has retired from acting, however, he’s still quite active in the film industry, and is currently shooting for the upcoming movies “The Epidemic” and “Money Game”.

Limited acting roles – worked as a Sushi Waiter in 2012. pic.twitter.com/8wmzYCTqBl

Chris grew up in California, as his family moved there when he was still a toddler; he and his younger brother Gareth Owen were raised by their father Gary Owen and mother Rosie Taylor, however, not a lot is known about Chris’ family, as he respects their privacy.

He became interested in acting at a very early age, and was only 10 when he made his debut film appearance, playing Jorge Zebrowski in the 1991 war drama “Le Peloton D’Execution”; Chris then went on to make his debut TV series appearance with his portrayal of Milton Lebeck in the 1993 episode “Frog Man” of the family crime drama “Picket Fences”.

He continued acting throughout his entire education. Chris studied at a local high school, and upon matriculating in 1999, enrolled at Stevenson College Edinburgh, from which he graduated with a Bachelor’s degree in 2003.

Chris played Scut Farcus in the 1994 family comedy “My Summer Story”, and a couple of his following roles were in the adventure family comedy “Major Payne”, the comedy drama “Angus” both in 1995, and the 1996 comedy “Black Sheep”.

He attracted a lot of attention in 1998, with his portrayal of Klepto Kid in the romantic comedy “Can’t Hardly Wait”, written and directed by Harry Elfont and Deborah Kaplan, and which starred Jennifer Love Hewitt, Ethan Embry and Charlie Korsmo. It follows a group of teenagers as they’re attending a party at their rich classmate’s residence, and the movie was nominated for two awards. The remainder of the ‘90s saw Chris appear in two more hit film in 1999: the romantic comedy “She’s All That”, and the biographical family drama “October Sky”.

What marked the 2000s for him was perhaps his portrayal of First Soldier in the biographical action adventure “Hidalgo”, directed by Joe Johnston, and which starred Viggo Mortensen, Omar Sharif and Zuleikha Robinson. Set in 1890, it tells the story of a cowboy who’s travelled to Arabia to compete in a desert horse race; the movie won one of the three awards for which it was nominated.

Chris reprised his role as Sherman in the 2012 comedy “American Reunion”, and played one of the main characters, Floyd in the 2015 comedy “Bachelors”.

He appeared in only a couple of series in the 2000s, but what marked the decade for him was perhaps his portrayal of Trainee in the 2003 episode “Mr. Monk and the 12th Man” of the hit crime comedy drama “Monk”, created by Andy Breckman, and which starred Tony Shalhoub, Jason Gray-Stanford and Ted Levine. It follows former San Francisco detective Adrian Monk who’s suffering from obsessive-compulsive disorder, and is helping the police solve crimes; the series aired from 2002 to 2009 and won 30 awards, including eight Primetime Emmys, while it was nominated for 47 other awards.

Most recently, in 2017, Chris played Mike Kastelein in the episodes “He Must Be” and “What a Man Can Be” of the crime drama “Hand of God”, created by Ben Watkins, and which starred Garret Dillahunt, Emayatzy Corinealdi and Julian Acosta. It follows a corrupt judge who’s just had a breakdown, and has begun to believe that God wants him to bring criminals to justice; the series aired from 2014 to 2017, and was nominated for a 2016 Image Award for Outstanding Directing in a Dramatic Series.

Posted by Blumhouse on Wednesday, November 30, 2016

Chris worked as a still photographer on the 2004 short drama movie “The Horse Trader”.

Chris was nominated for a 1999 YoungStar Award for Best Performance by a Young Actor in a Drama Film, for “October Sky”.

Working as a waiter

Back in 2014, the magazine “New York Daily News” reported that Chris was working at a sushi restaurant as a waiter; he explained that he loved acting but was having a hard time winning roles. As soon as the article was published, he was invited to appear in two movies and a TV series.

Even though Chris prefers to keep the details of his love life to himself, it’s still widely known that he’s married twice. He exchanged vows with his first wife, non-celebrity American woman Michelle Beck in 2007; they don’t have children together, and the two divorced in 2012. Some of Chris’ fans believe that it was Michelle wanting children that led to their divorce, as Chris wanted to focus on his career; this hasn’t been confirmed.

He revealed on his social media accounts on 22 July 2018 that he had become engaged to his long-term girlfriend Dayna Cousins, and the two exchanged vows in 2020, in a small ceremony attended by only the closest of their friends and family members; Dayna’s also an actress, with nine credits to her name, probably known best for her portrayal of the lead character Marissa in the 2013 horror movie “Dark Feed”.

As of August 2022, Chris is married to his second wife Dayna Cousins, and doesn’t have children.+

Chris is a huge lover of animals, with dogs and cows being his favorites; he has a pet Corgi called Gnocchi, which can be seen featured in many of his Instagram pictures.

He’s quite active on Instagram and is today followed by close to 15,000 people, while he’s uploaded over 100 pictures onto the network, the majority of which have been taken during his everyday life.

Chris likes to travel with his wife, and they’ve vacationed in a couple of European and Asian countries, while his dream travel destination’s Reykjavik, Iceland.

He’s physically more or less active, mostly because it’s somewhat necessary for his acting career to stay in shape.

Chris has his own favorite actors and actresses, some of whom are Harrison Ford, Jim Carrey and Amanda Seyfried, while a couple of his favorite movies are “Raiders of the Lost Ark”, “Blade Runner” and “Ace Ventura: Pet Detective”.