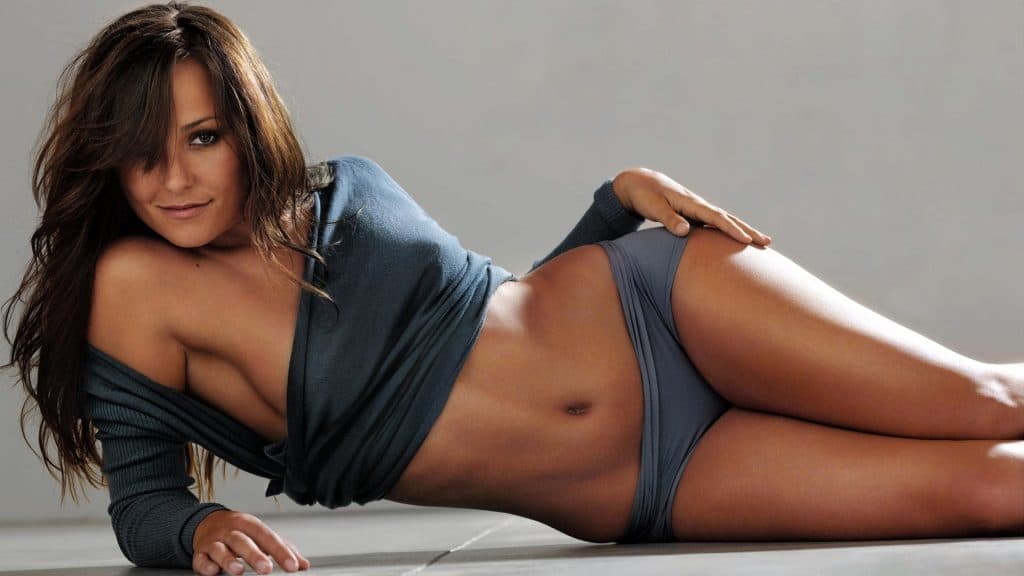 Who is Briana Evigan?

Briana is an award-winning American actress, dancer, singer, and mental health coach, perhaps still best known to the world as Andie in “Step Up 2: The Streets” (2008) and “Step Up All In” (2014), and as Sonja in the TV series “From Dusk Till Dawn: The Series” (2015), among other popular roles.

Where is Briana Evigan Now? What is she Doing Today?

Briana’s latest appearance was in 2019 when she starred in Rajendra Thakurathi’s award-winning short romantic film “Love in the Rain”, next to Vibish Sivakumar and Sandy Ellis.

She has been focused on other interests too, traveling the world and living in Cape Town, South Africa, for more than 10 months. However, she is set to star in the comedy film “Ask Me to Dance”, which is completed but still without a premiere date.

Briana Barbara-Jane Evigan was born on 23 October 1986, in Los Angeles, California, USA. Of Polish and Italian ancestry, she is the daughter of famous actor Greg Evigan and actress, dancer and model Pamela C. Serpe. The youngest of three children, her sister Vanessa is an actress, and her brother Jason is a musician.

Inclined toward the performing arts, Briana enrolled at a dancing studio at the age of nine, which would later win her the role in the “Step Up” franchise.

Time to get your sweat on! New episode of #Brianatellsall is live on my channel check it out!! pic.twitter.com/Hf5vLIg8FD

Briana made her acting debut in 1996 when she starred alongside her father Greg and Alexandra Paul in the action thriller-horror film “House of the Damned”.

Seven years later, Briana appeared in the music video for the song “Numb”, performed by Linkin Park. She struggled to secure any acting role in the next few years, cast in only minor roles in the short film “Something Sweet” and “Bottoms Up” in 2004 and 2006.

In 2008, luck smiled upon her as she first appeared in the music video for the song “Push” by Enrique Iglesias and Lil Wayne and then won the role that changed her career.

Taking dance lessons paid off, when she was chosen for the role of Andie in Jon M. Chu’s romantic music-drama film “Step Up 2: The Streets”, co-starring alongside Robert Hoffman, and the duo shared the MTV Movie Award in the category for Best Kiss.

Briana continued her career rather successfully, appearing in several popular projects, including the sci-fi mystery drama film “S.Darko”, the sequel to the eponymous “Donnie Darko” film from 2001, and starring in the horror mystery film “Sorority Row” (2009), alongside Rumer Willis and Carrie Fisher.

The following year, Briana starred in another horror thriller film, “Burning Bright”, about a young woman and her autistic brother trapped in a house with a lion during a hurricane, directed by Carlos Brooks, and co-starring Charlie Tahan and Garrett Dillahunt.

In 2011 she starred in Francis Dela Torre’s award-winning romantic thriller-drama film “Subject: I Love You”, next to Jericho Rosales and Dean Cain.

Briana had a very busy 2012 as she featured in several projects. She was Penelope in the thriller film “Rites of Passage”, which starred Wes Bentley, Kate Maberly, and Ryan Donowho, then starred in the horror musical “The Devil’s Carnival”, with Sean Patrick Flanery and Jessica Lowndes. Moreover, she starred with Sean Faris and Dolph Lundgren in the thriller film “Stash House”, after which she was Lyla in the mystery horror-thriller film “Mine Games”, starring next to Joseph Cross and Rafi Gavron, and ended the year with the lead role in the romantic television comedy-drama movie “A Star for Christmas”.

In 2013, Briana played Charlotte in the romantic comedy-drama film “She Loves Me Not”, while she started 2014 with the role of Tanya in the action drama film “Puncture Wounds”, starring Cung Lee, Dolph Lundgren, and Vinnie Jones. The same year, she returned as Andie in the sequel “Step Up All In”, co-starring Ryan Guzman and Adam Sevani, and then co-starred in the drama film “Lap Dance”, with Stacey Dash, Carmen Electra, and James Remar in the lead roles.

Furthermore, she starred in Marty Murray’s horror film “Paranormal Island”, next to Lance Henriksen and Randy Wayne, while in 2015, she joined the cast of the TV fantasy action series “From Dusk Till Dawn: The Series” in its second season as Sonja.

The same year, she starred in the romantic comedy movie “Once Upon a Holiday”, co-starring Paul Campbell and Greg Evigan.

The Good Nanny (2017) (aka: Nanny's Nightmare) Briana Evigan stars as Summer Pratt who after agreeing to be a nanny for…

The next year, she starred in the thriller film “The Good Nanny”, while in 2018, she joined Ser’Darius Blain and Axel Rolods to complete the main cast of the short film “Angel of Anywhere”, directed by James Kicklighter.

As of mid- 2022, Briana Evigan’s net worth is estimated at $8 million, obtained through her acting career, having now appeared in over 40 film and TV series so far.

Briana doesn’t talk much about her personal life and her relationships, however, journalists have dug deep, and some information has become public.

Back in 2008, she started dating Max Nash, who was a member of the rock band Wicker, however, their romance lasted only for a year.

In 2010 she began dating actor Patrick Flueger, but they broke up after three years.

Since then, she hasn’t revealed anything about her love life, and some speculate that she is a lesbian, mainly because of her lesbian scene in the film “ToY”.

In one of her Instagram posts, Briana revealed that she’s engaged, but there is no further information about it. Since then, she has given birth to a son but hasn’t revealed the child’s name, or that of the father.