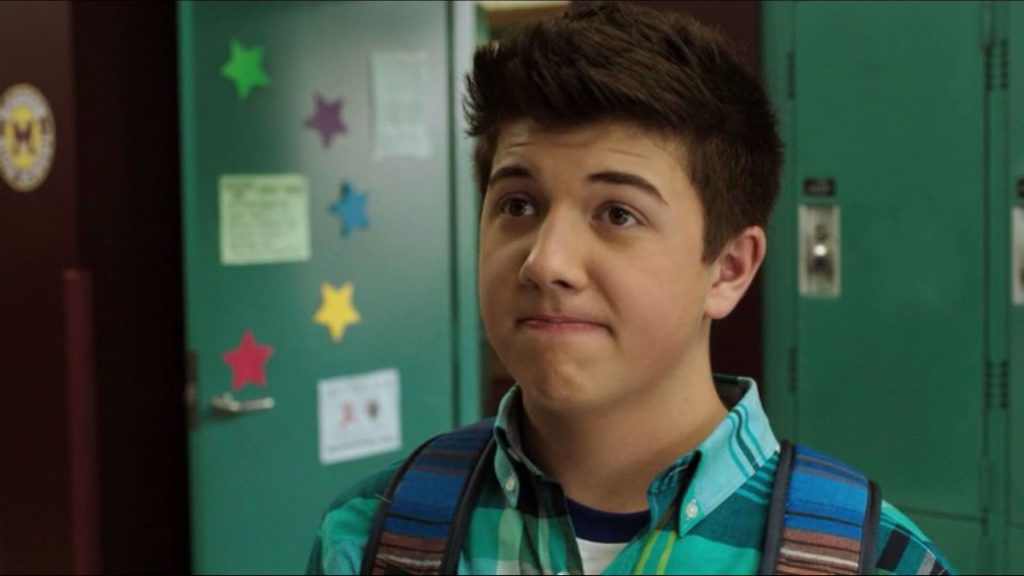 Where is Bradley Steven Perry now? What is he doing today? Bio

Who is Bradley Steven Perry?

If you are a fan of the popular 2010s series “Good Luck Charlie”, then you must be familiar with one of the main characters, Gabe Duncan, the middle child of the series family Duncan, portrayed by Bradley Steven Perry, who with his performance in this series, gained a lot of attention from fans, and people wanted to more about him.

If you are one of them, let us tell you all about this talented actor. Bradley has over 25 acting credits to his name, and besides the aforementioned role, he’s perhaps known best for his performances in “Lab Rats: Elite Force”, “Old Dogs” and “Hubie Halloween” among others.

Bradley Steven Perry was born under the zodiac sign of Scorpio on 23 November 1998, in California USA, thus he holds American nationality, and he comes from a family of Caucasian descent.

Bradley was raised alongside his three siblings in his hometown, by his mom Kimberly Perry, who was often seen as Bradley’s mother figure in various series, and by his father, about whom nothing is known.

Speaking of Bradley’s educational background, he was homeschooled while being on the set of “Good Luck Charlie”, but upon matriculating in 2016, he enrolled at the University of Southern California, from which he graduated with a BA degree in 2021.

Bradley made his acting debut as a School Boy in the 2007 movie “Choose Connor”. In the same year, he was seen as Georgie Rosenthal in the short movie “Magnificent Max”, also starring Ira Katz, Logan O’Troy, and Charley Rossman, and was next cast to play Young Don Ready in “The Goods: Live Hard, Sell Hard” in 2009.

In the same year, he starred as Security Guard in “Opposite Day”, and next he made an appearance as David in “Who Shot Momba?”. He followed with his role as Soccer Kid in “Old Dogs”, before he was seen as Strange Boy in the popular short movie “Dora and Diego’s 4-D Adventure Catch That Robot Butterfly”, in 2010.

In 2011, he was cast to play his most notable role to date, as Gabe Duncan in the television movie special “Good Luck Charlie, It’s Christmas!”. Three years later, he was Jake Parker in “Pants on Fire”, also starring Joshua J. Ballard and Tyrel Jackson Williams.

In 2020, he made an appearance as Cormac in the comedy movie “Hubie Halloween”, also starring Adam Sandler, which is his most recent television role.

Bradley made his first television appearance as Charlie in an episode of the series “Without a Trace” in 2008, and next from 2010 until 2014, he was seen as Gabe Duncan in the series “Good Luck Charlie”; his performance brought him two nominations for Young Artist Awards for Best Performance in a TV Series (Comedy or Drama) – Supporting Young Actor in 2011 and for Best Performance in a TV Series – Supporting Young Actor in 2012.

Concurrently, from 2013 until 2015, he was cast to play Kaz in “Mighty Med”, also starring Paris Berelc and Jake Short, a role he reprised in 2015 in an episode of the popular series “Lab Rats”. In the same year, Bradley guest-starred as Dr. Scott Gabriel in “I Didn’t Do It”, before he made an appearance as Kaz in “Lab Rats: Elite Force”.

From giving me an opportunity to direct, to making friends for life, I will miss working with all of you. Hope everyone enjoyed our show😌 pic.twitter.com/qqvulBDNWX

From 2016 until 2017, he was cast to play Zevon in the popular family series “Descendants: Wicked World”, also starring Dove Cameron, Sarah Jeffery, and Sofia Carson, followed by his role as Barrett in “WTH: Welcome to Howler” in 2018.

There have been various rumors concerning both Bradley’s love life and his sexual orientation – some rumors were saying that he was in a relationship with his co-star Lina Esco, however, neither he nor she has spoken about these assumptions.

It’s widely known that in 2014 and ‘15, Bradley was in a relationship with Sabrina Carpenter, a popular American actress and singer who is perhaps known best for her performance in series and movies, such as “Work It”, “The Short History of the Long Road” and “The Hate U Give”.

On Valentine’s Day 2022, Bradley posted a photo featuring himself and his new girlfriend Carley Williams, a social media star, and the first time that Bradley publicized his relationship with her. There isn’t much information regarding her life, however, judging by her Instagram account, she’s from Los Angeles, California, and likes to travel with her boyfriend.

Bradley often posts photos featuring the two of them together, most recently on 21 July 2022 from the Globe Life Field, Texas, and the couple seemed in love and enjoying their time together.

As of August 2022, Bradley is in a relationship with Carley Williams, he hasn’t been married or engaged, and doesn’t have children.

What is Bradley Steven doing now?

His fans will be happy to hear that Bradley will be seen as Kyle in the announced television series “Dora the Explorer”, which is inspired by the 2019 movie “Dora and the Lost City of Gold”. The series should be released in early 2023.

Bradley’s fans can keep track of his life and work through his social media accounts; his Instagram account has attracted nearly 2.5 million followers.

According to sources, as of August 2022, his net worth has been estimated at over $2 million, which is a decent amount of money for someone of his age. Most of the income he’s earned is thanks to his acting talent.