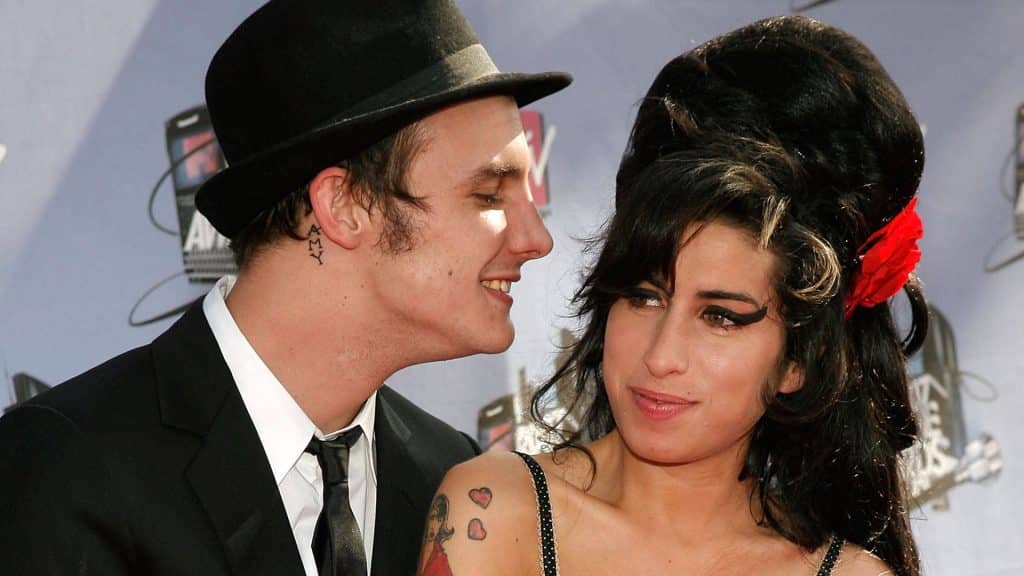 Who is Blake Fielder-Civil?

Blake is a British video production assistant, however, he is perhaps best remembered as the ex-husband of the late-great British singer and songwriter Amy Winehouse.

Where is Blake Fielder-Civil Now?

Blake has been the center story behind Amy Winehouse’s tragedy. However, he has since recovered and moved away from his old habits. He is now living in one of the most notorious neighborhoods in Leeds, England, with his girlfriend, Bay Wright.

Blake Fiedler-Civil was born on 16 April 1982, in Northamptonshire, England, the son of Georgette Civil and Lance Fielder. His parents divorced when he was still an infant, his mother later remarried, and he went to live with her and his stepfather, but the relationships he never shared moments with his step-father. The neglect deepened when his mother gave birth to her second and third children.

He began showing his dissatisfaction by hurting himself, rebelling, and started doing drugs as he got older. Blake went to Bourne Grammar School, where he excelled in English, but apparently never matriculated.

In 2001, Blake left his family and moved to London. He slept on a friend’s sofa, and had a hard time for a while before he launched his career as a video production assistant. He lived on the streets for some time, robbing stores and stealing from people on the streets to support his drug addiction.

However, things turned for him as he was sober long enough to complete a few video production gigs, which improved his financial situation.

The couple first met in 2005 at The Good Mixer pub, located in Camden, North London. Although he had a girlfriend at the time, he went with Amy to her apartment, where she sang for him, and the two spent the night together. They fell in love and started the romance that according to many, would end Amy’s life.

After their night together, Amy and Blake started being seen together everywhere. She was just beginning to achieve international fame, and he was there by her side. However, the two began fighting often, fueled by a heroin addiction they both developed.

Still, the two married in a secret ceremony in 2007 in Miami, Florida USA, but this didn’t improve their relationship, as they were pictured a few months later, which showcased how deep their heroin addiction was.

Blake ended up in prison the following year for assaulting a bar owner, and trying to bribe him to cover the crime. He was out of prison in 2009, but their marriage ended soon afterwards. According to reports, Amy’s father was against her romance with Blake, and believed that separating would help her sober up. The two eventually succumbed to the family pressure and finalized their divorce on 28 august 2009.

Amy’s eponymous album “Back to Black” used these events as an inspiration.

Following their divorce, out of which he received $300,000, he married Sarah, with whom he welcomed two children. However, the two split in 2018, after which he returned to his old ways of stealing and breaking into people’s homes.

In 2019, he hit the news once again, when it was revealed that he demanded a $1.4 million payout from Amy Winehouse’s estate, claiming that he had the right to seek the money since Amy and he were together when she released some of her most popular material.

Amy Jade Winehouse was born on 14 September 1983, in London, England, to Jewish parents Mitchell and Janis Winehouse. She had an older brother, Alex Amy died of an accidental alcohol overdose on 23 July 2011 at 27 years of age.

Amy attended a Jewish Sunday school, but she later shared that she didn’t like the school and didn’t learn anything while attending it. However, she claimed that she went to a synagogue at least once a year, out of respect for Yom Kippur.

Her parents divorced when she was nine years old, and she went on to live with her mother, while on weekends she would stay with her father and his girlfriend.

Interested in jazz music and influenced by her father and uncles, Amy turned to music when she felt left out and in trouble. She dropped out of high school at 16 years old, but she already had some experience as a musician, having sung in a rap group and a band.

In 2002, she signed a contract with Simon Fuller’s 19 Management, who helped develop her singing talent. She performed regularly at the Cobden Club, and worked on her own music.

Her debut album “Frank” came out on 20 October 2003, to rave reviews in Britain. She earned several award nominations, while the album spawned such hit songs as “Stronger Than Me”, “In My Bed”, “Take the Box”, and “You Sent Me Flying”, among many others.

However, it was her second and last album which brought her international success. “Back to Black” came out on 27 October 2006 to critical acclaim, topping the UK chart and landing at No. 2 on the US Billboard 200 chart. The album achieved 14 times platinum status in the UK, and two times platinum in the US.

Some of the hit songs include “Rehab”, “You Know I’m No Good”, “Love Is a Losing Game”, “Back to Black”, and “Tears Dry on Their Own”, among others.

However, her personal turmoil created numerous health problems, including bulimia, depression, self-harm, drug and alcohol addiction, which led to her premature death at the age of 27.

Her funeral was held on 26 July 2011 at Edgware Lane Cemetery in North London. Many musicians paid tribute to the late star, including Lady Gaga, Bruno Mars, Green Day, Adele and numerous others. Patti Smith recorded the song “This Is the Girl”, an homage to Amy.

She dated other men before, during, and after being with Blake. Back in 2006, she dated chef-musician Alex Clare, while in 2009, she was in a relationship with actor Josh Bowman, saying that she was in love again, and that she didn’t need drugs. In early 2010, Amy started dating writer and film director Reg Traviss, a romance that lasted until her death.

Amy Winehouse’s wealth at the time of her death was estimated at $4 million.