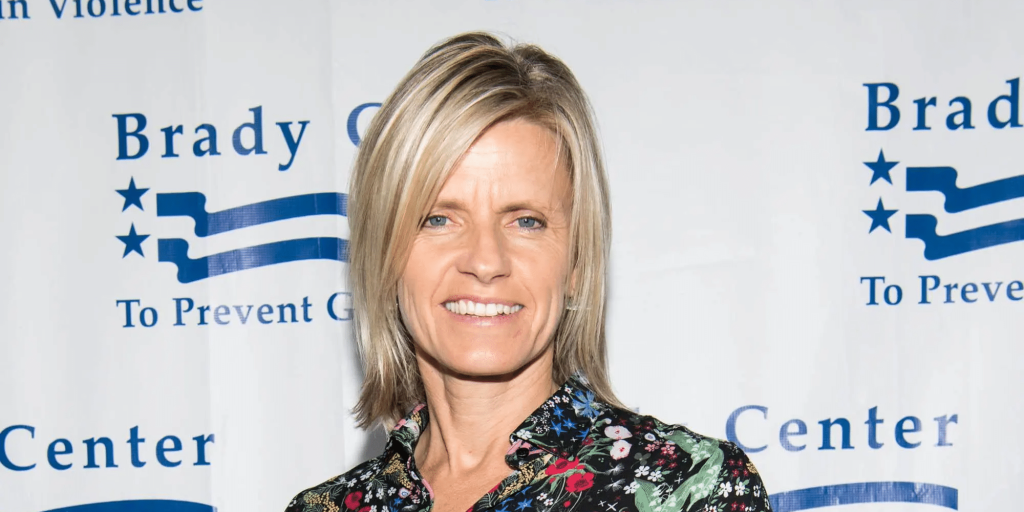 What is Will Ferrell’s wife Viveca Paulin doing now? Net Worth, Bio

Who is Viveca Paulin?

Most famous for being Will Ferrell’s wife, Viveca Paulin is a Swedish auctioneer, actress and producer, who appeared notably in “Money Talks” (1997), “A Night at the Roxbury” (1998), and “Ralph Breaks the Internet” (2018).

Viveca Birgitta Paulin was born on 24 April 1969, in Askim, Gothenburg Municipality (previously Gothenburg and Bohus County), Sweden. She tends to keep her personal life under wraps as much as possible, so not much is known about her childhood or family. However, we do know that Viveca graduated from Pomona College in Claremont, California with a degree in Art History in 1991. She enjoyed art and art history from a young age, which led her to pursue a career as an art auctioneer.

Viveca started her auctioneering career straight out of college, joining Butterfield & Butterfield, an American auction house founded in 1865. She worked there for a while even after it was acquired by a British auctioneer Bonhams, who changed the name to Bonhams & Butterfields (now just Bonhams). She joined the Board of Trustees of the Los Angeles County Museum of Art in 2011/12, and is also currently working as an auctioneer at Los Angeles Modern Auctions.

Career in film and TV

While calling Viveca Paulin an actress would be pushing it a little bit, she has played some support roles in film and on television.

There is a saying, ‘stick with what you know’, and Viveca is a great example of a person who’s done just that. In the 1997 action/comedy “Money Talks” Viveca played an auctioneer, as well as in the comedy TV series “Martial Law”. She also voiced an auctioneer in the 2018 animated film “Ralph Breaks the Internet”.

In the comedy film “A Night at the Roxbury”, Viveca, together with her husband Will Ferrell, made an appearance in the role of Porsche girl. She appeared on stage once more alongside her husband, in a televised episode of “The Tonight Show with Conan O’Brien”, playing the wife of Ferrell’s rock ‘n’ roll persona, and performing “Free Bird” with Conan, Beck, Ben Harper, Billy Gibbons and Max Weinberg. What’s even more fascinating is that Viveca was pregnant at the time, and actually gave birth just a few hours after the show.

Besides her acting gigs, Viveca tried herself out as a producer in the 2006 coming of age comedy/drama “Nail Polish”, directed by Jane Ainbinder.

Relationship with Will Ferrell

When the lovely couple first met in 1995 in an acting class, they didn’t immediately click, which is surprising considering they love each other as much now as they did when they married over two decades ago. They dated for a while but decided that they were better suited as friends. however, they stayed very close friends even after Will moved to New York City for a job on “Saturday Night Live”.

Happy Anniversary Will Ferrell and Viveca Paulin! The popular actor/comedian and his stunning wife are celebrating 17 years of marriage today!

While in a relationship with another woman, Will realized that he valued his time with Viveca way more than his girlfriend at the time. When “SNL” went on hiatus, the two had a chance to reunite, and gave dating another shot, finally tying the knot in 2000. Over the course of 10 years, Will and Viveca would go on to have three boys, Magnus born in 2004, Mattias in 2006, and Axel in 2010. Mattias and Axel made an appearance in the movie “Anchorman 2: The Legend Continues”, in which their dad plays the lead role.

Who is Will Ferrell?

Will Ferrell was born on 16 July 1967, in Irvine, California, USA, to Betty Kay and Roy Lee Ferrell. His family is of English, German and Irish decent, but moved to California in 1964. Will’s parents divorced when he was eight years old, but he didn’t let it bother him too much, even as a child.

You would never tell by looking at him, but he was pretty athletic in his childhood days. He was a kicker for the school’s varsity football team, was on the soccer team, and captain of the basketball team all the while serving on the student council. What you would expect though, is that he was a comedian even in high school, and would perform comedy skits over the school’s intercom system and talent shows. It was no surprise that he ended up being voted “Best personality” by his classmates.

Will graduated from the University of Southern California with a Bachelor’s degree in sports information in 1990, but ultimately decided against pursuing a career as a sports broadcaster.

Before joining SNL, Will Farrell had little to no luck with stand-up comedy. He counted on the job he got, thanks to Viveca at the auction house for stable income while he went on auditions and rehearsals. Eventually he was asked to audition for SNL in 1995, which he hosted five times; he eventually left in 2002, after seven long years.

His popularity on SNL got him into many successful films, even during his time there, such as “Austin Powers: International Man of Mystery”, and “Zoolander”. This continued after his departure, with “Old School” earning him an MTV Movie Awards nomination for Best Comedic Performance just a year after leaving SNL. To this day Will Ferrell proceeds to make his fans laugh, be that through his acting, podcasts, or even Broadway performances.