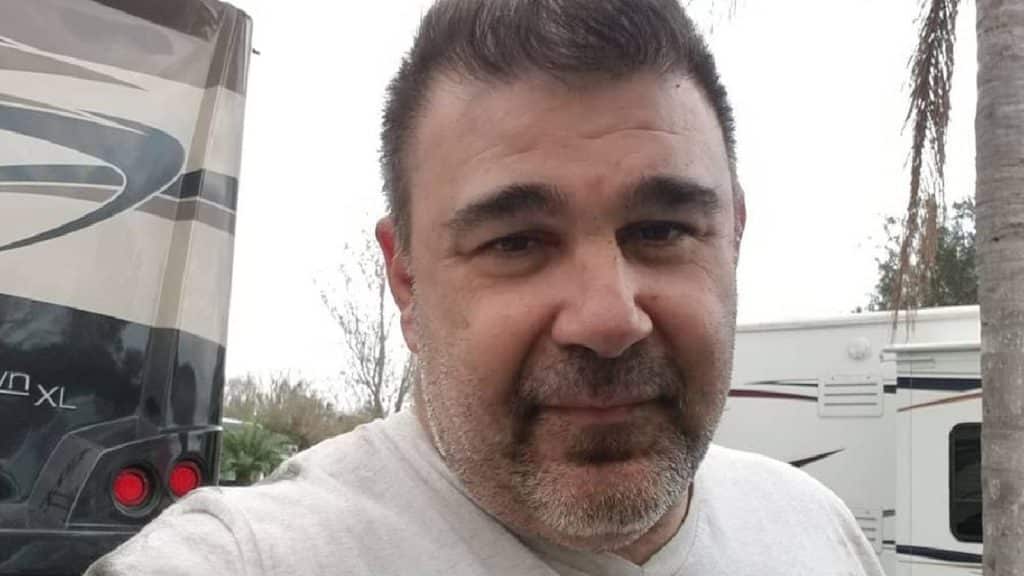 What is Vincent DiMartino from “American Chopper” doing today?

Known for being an early star of Discovery Channel’s (and once TLC’s) ultra-well known automotive reality television series entitled “American Chopper,” Vincent ‘Vinnie’ DiMartino is definitely one of the world’s most highly respected motorcycle builders. He was part of the unforgettable cast in 2003, 2006 and 2007 on Discovery Channel, under the production team of Pilgrim Films & Television. While he appeared in the show in only three particular years, he worked for the company that produces the motorcycles, Orange County Choppers (OCC), from 2002 to 2007.

The show ran until 2012, but restarted briefly six years later, eventually stretching across 12 seasons and 238 episodes by mid-2019. It took home four awards, and was nominated for two others. In 2005 BMI Film & TV Awards credited the series with the BMI Cable Award, and once again in 2006. It won two Astra Awards in 2007, in the Favourite International Personality or Actor, and Favourite International Program categories. Lastly, in 2008 it was nominated for the Astra Award in two categories, but didn’t win.

The downfall of “American Chopper”

While the concept of the show was fairly simple – focusing on the production of custom-made chopper-style motorcycles – the day-to-day work of the crew was anything but. Most of the drama that would occur in basically every single episode was caused by the inherent disagreement between Paul Teutul Sr. – ‘Senior,’ and his son Paul Teutul Jr. ‘- Junior.’ The negative energy resulting from these fights would frequently spread across the whole cast and crew, impacting team cohesion and product quality.

These altercations culminated in late 2008, when Junior was late one time too many. Senior was furious even before his son came in for work, stating ‘Paul is late again this morning. Pretty much I’ve had enough. You know, it’s been one thing after another with him, and I’m just not gonna let him get away with it anymore.’ He called Junior on the phone and said ‘Come in now, alright? Come into my office.’

Senior then made a point out of the fact that every employee needs to be on the premises at seven o’clock in the morning sharp, but Junior was customarily 45 minutes late. According to Senior’s further explanation, his son then leaves the building multiple times, takes breaks that are much longer than allowed for in the contract, and repeats this behavior every week. After explaining the times, Senior said ‘That’s in the contract, that you need to abide by. What the ****?!’ Junior simply replied with ‘I don’t know what you want from me.’

They both escalated the shouting match, which ended in Junior throwing a chair into the corner of the office and storming out. Senior shouted ‘You’re terminated!’, and Junior replied ‘It’s about time!’ Jr. was then fired from the company, but TLC sent a notice of default owing to what happened, causing Junior to return to the company so as not to lose the contract for the show. He worked for OCC as a contractor until April, ultimately leaving to focus on his personal design company Paul Jr. Designs.

It was fights like these that caused Vinnie to part ways with the company as well, stating in 2007 ‘I had gone as far as I could there. I really didn’t have any chance for advancement, and I had always wanted to have my own shop, so the natural progression was to leave and start my own place’.

Vinnie was brought into this world by Margaret DiMartino on 9 October 1972, in Hudson Valley, New York State USA, as the second of four children of her and John DiMartino, who was a car mechanic. Thanks to John owning a full vehicle repair shop, Vincent had a place to grow a very early passion, that would later propel him into stardom.

As the apple doesn’t fall far from the tree, Vinnie began picking up on all things mechanical, becoming a fully-fledged gearhead before he was even 10 years old. At the age of 14, DiMartino was already earning an income with his expertise, finding employment in a nearby up-and-coming engine repair shop. When he was around 17, Vinnie was already fully dismantling and rebuilding motorcycles and cars, and so familiarizing himself with the more sophisticated aspects of vehicular performance.

Vinnie (DiMartino Motorsports) is a first round guest judge for The Next American Innovator! Here's his bio, for those…

He chased higher and higher pay over the course of the 1990’s, learning his craft from increasingly better mechanics. Finally, with over two decades of experience, Vinnie got in contact with his high school friend Paul Teutul Jr., whose father owned and operated the soon-to-be famous Orange County Choppers automotive shop. His timing was rather fortunate as well, since the Discovery Channel was shooting the pilot episode of the show at the time of his hiring.

Vincent arrived at the shop only a few days after the pilot had been completed, but coincidentally had to wait another month before he even realized that an entire TV series was about to enter production in his workplace. He left this position in August 2007, subsequently founding V-Force Customs – his own motorcycle building shop, situated in Rock Tavern, New York State. The company later boasted their first design achievement in Daytona Beach, Florida – the “V-Force 1”.

Following the resounding triumph of their motorcycle over the competition, the then-existing Arena League Football team named Tampa Bay Storm took a great interest in the product, ordering a custom-built V-Force chopper. The successful creation of this motorcycle was announced by Vinnie himself, from the mid-field at a football game played by the Tampa Bay Storm, in Amalie Arena (then St. Pete Times Forum).

The custom chopper was finally revealed to the public at the final game of the patron team, on 21 June 2008. It was sent on a tour across the southeast of North America, with all of its earnings diverted towards The Shriners Hospital for Children, as well as the Pinellas County Humane Society in Tampa. In the same month, the shop was officially opened with the cutting of a ribbon.

Two years later, Vinnie returned to the big screen again as an “American Chopper” cast member, albeit under drastically different circumstances. After Senior and Junior each went their own way, Discovery Channel offered them a deal to showcase both of the companies in a competitive environment, this time called “American Chopper: Senior vs. Junior.” As one might imagine, the famous father and son began competing to outdo one another in custom chopper production.

Vinnie joined Junior’s crew and remained in the show throughout 55 out of its 65 episodes, over the entire duration of its four seasons from 2010 to 2012. The show was officially canceled by the Discovery Channel on 16 November 2012.

As the biggest and most important show about choppers came to a close, the public’s desire to own one also began to drop off. The reduction in interest was so severe that, by the second half of 2013, it was no longer profitable for Vinnie to maintain a custom chopper building business, forcing him to shut down V-Force Customs.

That wasn’t the end, however, because only a year later, he turned the remaining assets into DiMartino Motorsports Automotive and Truck Repair. As the name suggests, this company deals in the servicing and repairing of cars, all light duty trucks, and most medium duty ones. As stated on its website, the business is still alive and well in late 2022.

The legacy of Orange County Chopper

While Senior’s business lost its screen presence almost definitively in 2012, the masterpieces of modern machinery that it once created remain in the minds of fans worldwide. Vinnie himself played an important part in bringing multiple such motorcycles into existence.

DiMartino started out his string of contributions by working on “The Comanche Bike” – a motorcycle modeled after the US Army attack helicopter Boeing-Sikorsky RAH-66 Comanche. Due to its unique design, however, it turned out to have a faulty engine while being exhibited in South Carolina, requiring multiple rounds of repairs before it could be readied to perform. Along with Paul Sr. and Paul Jr., Vincent was flown in for the event along with the chopper all the way from New York, aboard the Bell 206 helicopter.

The “Mickey/Vinnie” bike is perhaps DiMartino’s most notable work in OCC. It was created in 2004 through his collaboration with Michael ‘Mickey’ Teutul, featuring a V-series engine that necessitated a considerable amount of extra work, mostly in the form of adjustments. Once it was finished, the illustrations of both Michael and Vincent were printed onto the rear of the motorcycle.

Aside from these, OCC has also built a number of one-of-a-kind choppers, most famously the “PureFit Bike,” which was designed for PureFit Nutrition Bars. Although a near-impossible build, its completion became the founding pillar of solidarity and dedication in OCC.

In 2004 they made the “Football Bike” at the request of the New York Jets, whose subsequent unveiling received an underwhelming reaction from the public. There was no particular complexity in the design, no detailed fabrication and paintwork, and it wasn’t produced in a time crunch, so there was no real excuse for delivering an almost-mundane looking chopper. After its PR failure at Giants Stadium in New Jersey, the bike was stowed away and subsequently damaged. Years later, Junior bought it for himself, and restored it in his own shop.

“The Tonight Show” host Jay Leno was a personal favorite of the Teutul family, and they took up his request to create the modern version of George Brough’s 1930 Brough Superior SS100, though with the caveat that it shouldn’t really look like a chopper. The resulting motorcycle had a heavily modified luggage rack and fuel tank, sporting the license plate that spelled ‘OC3277,’ of which the ‘OC’ represents Orange County Chopper, while the digits refer to Jay Leno’s arrival to television on 3 March 1977. The host was officially presented with his order during one of the episodes of his show.

One of the most fascinating bikes built by the OCC in 2004 was the “Liberty Bike,” requested by the CEO of Soleia Company, Richard W. Stocks – his business aimed to explore, maintain and restore the Statue of Liberty. The client really untied their hands this time, and so they were allowed to use all sorts of materials that would otherwise be completely inaccessible.

Aside from taking good care of his business and servicing all kinds of vehicles at DiMartino Industries in Walden, New York, Vinnie is also dedicated to expanding his brand, and ultimately also spends time with his family. He married Melissa in 2001, with whom he has four children. Their daughters Isabella, Vanessa and Ava are all older than their son Vincent.

In 2022, the old motorcycle creator is still as excited as on day one, to show fans what he’s working on. He regularly posts videos on social media, mostly Facebook, YouTube and TikTok. In his “The 68 Impala (Tommy)” video from 13 August 2022, he shows the audience a beautiful green Chevrolet Impala that was delivered for restoration by a customer. In spite of its age, the vehicle is still remarkably well-kept.

As for the expansion of his brand, Vinnie was proud to showcase DiMartino Industries’ D-Maxx coffee on 15 August 2022, stating ‘Want something done right? Gotta do it yourself.’ This was followed up by a few other posts, all of which reveal more and more about the brand new product.