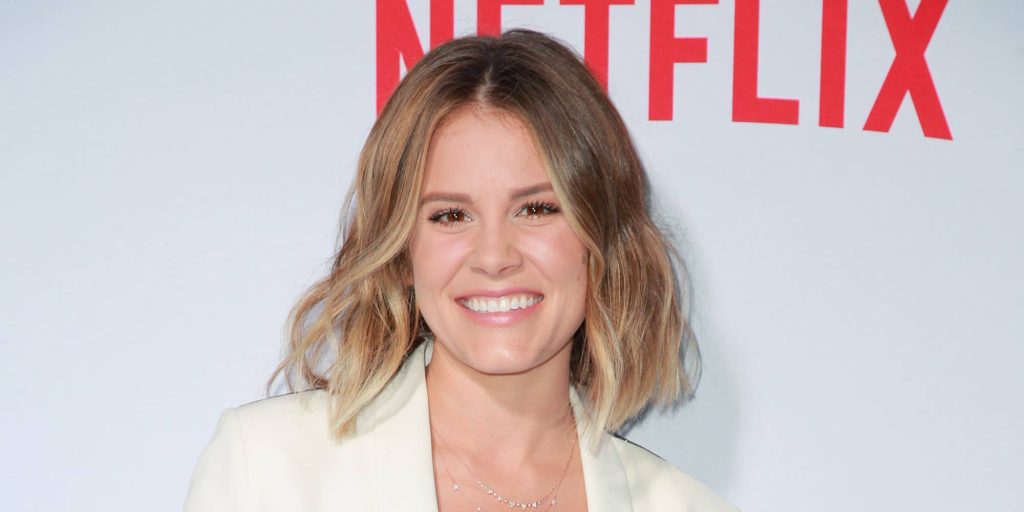 What is Sosie Bacon from “13 Reasons Why” Doing Now? Biography

The 2014 Miss Golden Globe winner, Sosie Bacon, is a well-known American actress who made her debut in the 2005 film “Loverboy”, and has since appeared in many acclaimed projects such as the series “13 Reasons Why” portraying Skye Miller.

Sosie Ruth Bacon was born under the Pisces zodiac sign on 15 March 1992, in Los Angeles, California, which makes her 30 years old as of 2022. She was born to the renowned actor, Kelvin Bacon, famous for his roles in the films “Mystic River,” “A Few Good Men,” and “Apollo 13”, and his wife, actress, director and producer, Kyra Sedgewick, who is known well for appearing in the series “The Closer.”  Sosie was brought up together with her elder brother, the actor and composer Travis Bacon, who is also a member of the Idiot Box band. Despite her parents being successful entertainers, they didn’t want her to pursue acting, as her father didn’t believe that the fast-paced Hollywood life was good for her, and that children weren’t supposed to work anyway.

Sosie went to the prestigious Riverdale Country School situated in The Bronx, New York City, where she began acting as a member of her school’s drama club. She matriculated to Brown University in 2010, and also studied at Collaborative Arts Movement 21 (CAP21) musical theater company.

The Californian actress’ mother named her after the art director of the film “Miss Rose White” Sosie Hublitz, shortly after she appeared in the film.

Bacon hits the gym several times per week to maintain her body. However, she’s revealed that she’s not very good at following a strict diet..

She spends some of her spare time watching films – her favorite entertainers are Anne Hathaway and Tom Cruise, while some of her best-loved films are “Les Misérables” and “The Last Samurai.”

She is an animal lover who has kept several pet dogs in the past, but her best-loved ‘animals’ are turtles.

Sosie enjoys traveling, and would accompany her parents to the sets of films when she was a teenager. She has been to England, Germany, and several other European destinations.

Sosie started acting officially in 2005, in the film “Loverboy” which was directed by her father Kelvin, playing the child version of Emily – her mother played the adult version of the same character. Although Kelvin was hesitant to select her for the role because he didn’t advocate for child acting, he recalled during a previous interview that he had no choice but to choose her because she was the only 10-year-old child fit for the role – she performed spectacularly.

Her next film appearance came in 2014, when she was selected to play Frances in the comedy “Wishin’ and Hopin’”, performing together with Chevy Chase and Molly Ringwald. Sosie subsequently landed her first lead role of Maggie in the Mark Lammerding-written and directed thriller “Another Life”, co-starring alongside Donald Sage Mackay and Eric Presnall. The same year also saw her starring in the film “Lady Lonely,” which was directed by Janey Feingold.

In 2015, Bacon appeared as Poppy Lake in the romantic comedy “Ana Maria in Novela Land”, before she was cast for the lead role of Cassie in the drama “Off-Season.” She recently appeared in the films “Story of a Girl” (2017), the 2018 biographical drama “Charlie Says” as Patricia Krenwinkel, and in the 2019 William Bindley-directed comedy “The Last Summer”.

TV Roles and Other Works

Sosie’s praised performance in the film “Loverboy” saw her attracting the attention of the American producer James Buff, who approached her parents asking to let him cast her in the Golden Globe-winning police procedural TV series “Closer.” James admits that it took some effort to convince them, but they eventually agreed, and Sosie appeared in four episodes of the series’ fifth season in 2009, playing Charlie, the niece of Brenda Leigh portrayed by her mother, Kyra. Her next role came five years later in the comedy “Basic Witches”, before she appeared as Rachel Murray in the horror series “Scream” in 2015 and 2016.

Bacon landed her next big role as Skye Miller in the Netflix series “13 Reasons Why”, appearing in 15 episodes in 2017 and 2018. Later in 2018, she starred as Kristen in the drama “Here and Now”, sharing the screen with Daniel Zovatto, Holly Hunter and Tim Robbins. In 2020, she was cast as Mimi Webb Miller in the Netflix crime series “Narcos: Mexico” – the real-life Mimi was the girlfriend of Pablo Acosta, one of Mexico’s most infamous drug lords of the ’80s. She revealed during an interview that she spent half a week living in Mimi’s properties in Texas and Mexico to prepare for the role. She recently appeared in the 2020’s series “Mare of Easttown” playing the lead role of Carrie Layden.

Sosie is active on several social media platforms, including Facebook with over 11,000 fans. She has close to 120,000 followers on Instagram – she shared a video performing “Figures” by Jessie Reyez with her father, which attracted over 70,000 views on Instagram in 2018.

Sosie has kept her personal life away from the limelight and hasn’t publicly introduced anyone as her boyfriend. Between 2016 and 2018, she was rumored to be in a relationship with a man named Troy, who went by the name ‘dobbyisland’ on Instagram; the allegations started when their photos traveling and having fun together surfaced on their respective social media accounts. The duo never confirmed whether they were dating, but a clue is that in 2018, Sosie deleted their photos together on Instagram. She is believed to be single as of 2022.

Sosie has carved a niche for herself and earned a good income from her acting career. She also earns from commercials, advertisements and endorsement deals. The Californian actress’ net worth is approximately $250,000 as of 2022.