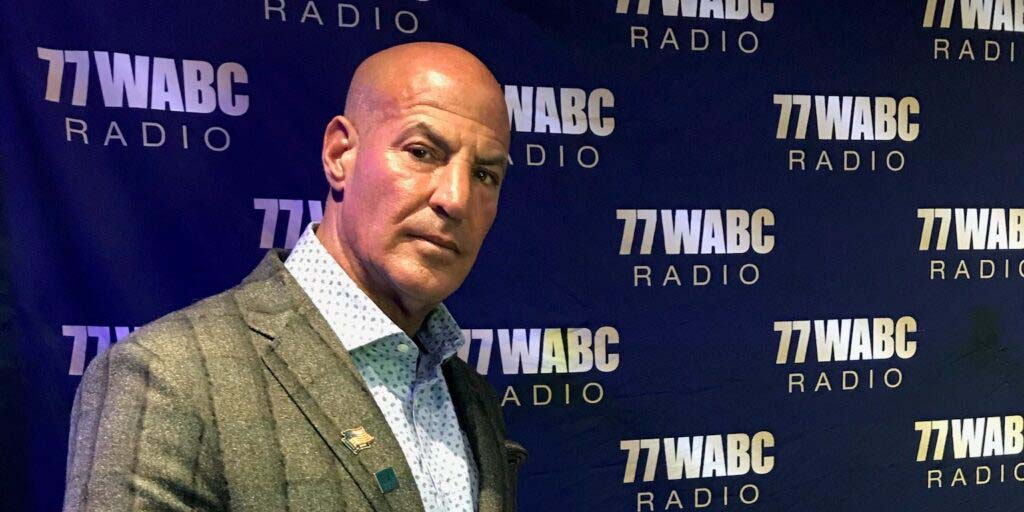 A radio personality, known for his sarcastic and sometime controversial sense of humor, which brought him the moniker ‘Brooklyn’s bad boy’, Sydney Ferris ‘Sid’ Rosenberg, was born on 19 April 1967, his zodiac sign is Aries, and he’s 54 years old. Sid was born in Brooklyn, New York city USA, thus he holds American nationality, and comes from a family of Jewish descent. He’s perhaps known best as the host of morning shows, such as on the radio station WAXY 790 The Ticket, in Miami, Florida, which he hosted for years.

Sid was raised in Brooklyn by his parents Harvey H. and Prey Rosenberg, although he hasn’t spoken much about his childhood days, thus he hasn’t shared information about their occupations, or about having any siblings.

It is known that Sid is a cousin of the former Minnesota senator, Norm Coleman, who was also the mayor of Saint Paul, Minnesota.

Speaking about Sid’s educational background, he attended a local high school, and upon matriculating in 1985, enrolled at the University of Miami, and then transferred to Brooklyn College but dropped out, but in 1990 completed an associate degree through Kingsborough Community College, and then enrolled at Baruch College, in Manhattan, New York City, from which he graduated with a Bachelor’s degree in Business in 1992.

Sid started his radio career in 1996, hosting the syndicated sports program “The Drive” on Sports Fan Radio Network, based in Las Vegas, Nevada, and then four years later, he moved to co-host the show “Sports Guys” on WNEW-FM radio station based in New York City.

In 2001, Sid started working as the co-host of the “Imus in the Morning” show, alongside famous radio host Don Imus, and a few months later became the co-host of the midday show on WFAN, and he also hosted pre-game shows the for New York Giants’ American Football home games.

In 2005, Sid left WFAN to work for WAXY 790-The Ticket, where he stayed until 2009, when he joined the radio station WQAM in South Florida. However, in April 2012 he was fired following his arrest for driving under the influence (DUI), and was replaced by Dan Sileo.

On 27 January 2016, Sid returned to his hometown, and started co-hosting “The Bernie and Sid Show” alongside Bernard McGuirk, and in November of the same year, it was announced that Sid would replace Warner Wolf as the new sports contributor for “Imus in the Morning”, and then on 8 March 2018, Sid and Bernard McGuirk signed contracts to replace Don Imus, who retired.

Sid hasn’t been the subject of any rumors and controversies concerning his love life, and it’s widely known that he’s a married man.

He prefers to keep his private life a secret, so he hasn’t spoken about how he met his future wife, Danielle Conn, but it’s known that they married in 1992. They have two children together, son Gabe and daughter Ava; Sid often shares photos featuring his family, and his bio on Instagram says that he’s a proud father.

Speaking about his wife, Danielle according to her Linkedin account, she’s a lawyer, and works as a Senior Associate at Hamra Law Group in New York City. There is no information on which year she was born in, although it’s known that she celebrates her birthday on 27 September.

As of April 2022, Sid and Danielle live in their residence in Brooklyn, New York City.

What is Sid Rosenberg doing now?

Besides his work as the co-host of “The Bernie and Sid in the Morning”, and as a sports reporter for 77 WABC “Sid Sports Sunday”, Sid launched his acting career in 2021.

Sid portrayed Dave Busco in the drama series “Gravesend”, which follows the story of a criminal organization and its leader, Benny Zerletta, who lived in Brooklyn back in the 1980s, and also starred William DeMeo, Leo Rossi and Joseph D’Onofrio.

Currently, Sid is filming the movie entitled “The Gemini Lounge”, a crime thriller drama written by Kosta Kondilopoulus, which follows the story of a detective who gets an opportunity to work undercover, and take down the most ruthless killer among mobsters; the troubles begin when he loses himself in the role. The director of the movie is Danny A. Abeckaser, and it also stars Emile Hirsch, Lucy Hale and Ashley Green.

The insideradio.com columnist wrote about Sid’s role in “Gravesend”, saying that although he isn’t a mob, Hollywood likes the way he plays one, thus it isn’t surprising that he was cast to play another one in “The Gemini Lounge”.

Sid is active on his social media accounts such as Instagram, which has been followed by nearly 7,500 people, and his Twitter has amassed over 30,000 followers. He mostly posts updates about his work on radio, his new career as an actor, and some featuring his everyday life.

He recently shared on his Twitter: ‘I NOW officially have one movie under my belt.

To say the last four days was an amazing experience is a huge understatement. Love & thanks to the mega talented Danny A & all the wonderful actors that made my role easy! #GeminiLounge’ – many of his followers congratulated him.

Being one of the most famous radio personalities certainly helped Sid to earn a decent amount of money, working as the co-host and the host of popular shows, and according to sources, he has a monthly salary of a minimum of $35,000. Some sources are saying that he earns around $1,100 per day, so as of early 2022, Sid’s net worth has been estimated at over $5 million.