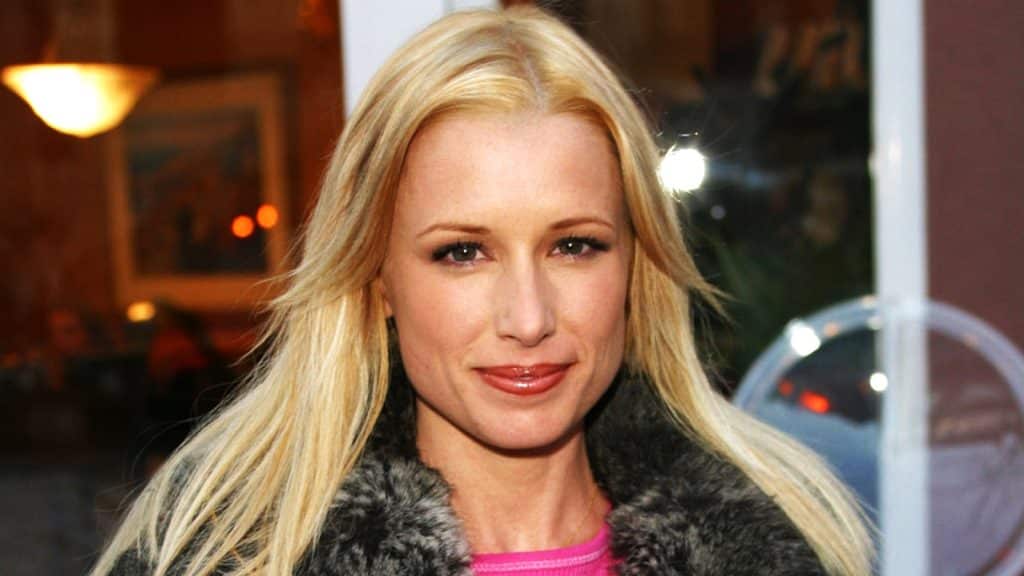 What is Shawnee Smith doing now? Husband, Net Worth, Children

Who is Shawnee Smith?

American actress, film producer, director and singer Shawnee Rebecca Smith, was born in Orangeburg, South Carolina USA, on 3 July 1969, under the zodiac sign of Cancer. She’s appeared in more than 70 movies and TV series, and is probably still best known for her playing of Meg Penny in the 1988 science fiction horror movie “The Blob”, directed by Chuck Russell, and in which she starred alongside Kevin Dillon and Donovan Leitch Jr. It follows an horrific alien which is killing and consuming everything in its path – the movie won one of its eight award nominations.

Shawnee’s still today quite active in the film industry, and is currently shooting for the upcoming series “City on Fire”.

American oncology nurse Patricia Ann (nee Smoak) and American financial planner and former US Air Force pilot James H. Smith raised their daughter Shawnee alongside her older sibling in Van Nuys, California, as the family moved there when she was a year old. Patricia and James divorced when Shawnee was two, and Patricia married for the second time when Shawnee was eight.

Shawnee progressed to Madison Jr. High in 1983 and eventually moved to Grant High School, prior to moving once again to North Hollywood High School, from which she matriculated in 1987; she then didn’t attend college, but rather focused on acting.

Shawnee played Carol in the 1985 drama “Not My Kid”, and some of her following roles were in the ‘85 drama “Crime of Innocence”, and in 1986 the action war thriller “Iron Eagle” and the biographical drama “Easy Prey”.

She portrayed Rhonda Altobello in the 1987 romantic comedy “Summer School”, directed by Carl Reiner, and which starred Mark Harmon, Kirstie Alley and Robin Thomas. It follows a gym teacher who’s being forced to teach English at summer school; the movie was nominated for an Image Award for Outstanding Actress in a Motion Picture (Kelly Jo Minter).

Shawnee was cast to play ‘Little Tramp’ Woman in the 1995 drama “The Low Life”, and in the same year played Biker Girl in the critically acclaimed romantic drama “Leaving Las Vegas”, written and directed by Mike Figgis, and which starred Nicolas Cage, Elisabeth Shue and Julian Sands. It follows an alcoholic Hollywood screenwriter who’s destroyed his career because of his addiction, and has now befriended prostitute Sera in Las Vegas, Nevada; the film won 33 of its 62 award nominations, including an Oscar win for Best Actor in a Leading Role, for Nicolas Cage. Some of Shawnee’s notable performances in the remainder of the ‘90s were in the 1996 fantasy thriller drama “Female Perversions”, the 1997 action drama “Dead Men Can’t Dance” and the 1999 comedy “Breakfast of Champions”.

What marked the 2000s for Shawnee was perhaps her playing of Amanda in the 2005 mystery horror “Saw II”, written and directed by Darren Lynn Bousman, and which starred Donnie Wahlberg, Beverley Mitchell and Franky G. It follows a detective and his team as they’re trying to rescue eight people from the serial killer known only as Jigsaw – the movie won four of its 15 award nominations.

Three of her most recent film roles have been in the 2016 family comedy “Savannah Sunrise”, the 2016 drama “Believe”, and the 2021 family comedy drama “Christmas vs. The Walters”.

Shawnee’s first notable TV series performance was her playing of Sonia Russell in the 1986 comedy “All Is Forgiven”; it starred Bess Armstrong, David Alan Grier and Terence Knox, and follows Paula Russell who’s just become the producer of a popular TV show. The series was nominated for two awards.

In 1989 and 1990, Shawnee played the supporting character Amanda Gibbons in six episodes of the comedy “A Brand New Life”, and was then cast to appear in the romantic mini-series “Lucky Chances”, the mystery crime drama “Murder, She Wrote”, and the adventure fantasy mini-series “The Stand”.

In 1997, she portrayed Laura Lauman in the sports comedy “Arsenio”, created by David S. Rosenthal, and in which she starred alongside Arsenio Hall and Vivica A. Fox; it follows broadcaster Arsenio Hall as he’s working with his wife in Atlanta.

Between 1998 and 2004, Shawnee played Linda in the popular comedy “Becker”, which Dave Hackel created, and which also starred Terry Farrell, Hattie Winston and Ted Danson. It follows the life of Dr. John Becker, and the series won four of its 15 award nominations.

A couple of Shawnee’s following roles were in the 2007 episode “Part 1” of the horror “30 Days of Night: Dust to Dust”, the 2010 episode “Hollywood” of the mystery crime drama “Law & Order: LA” and the 2011 episode “Young at Heart” of the family comedy drama “The Secret Life of the American Teenager”.

Most recently, between 2012 and 2014, she played Jennifer Goodson in the critically acclaimed romantic comedy “Anger Management”, which Bruce Helford created, and in which Shawnee starred alongside Noureen DeWulf and Charlie Sheen. It follows the life of anger management therapist and former professional baseball player Charlie – the series was nominated for two awards.

Shawnee produced the 2007 horror mini-series “30 Days of Night: Dust to Dust” and the 2021 family comedy movie “Christmas vs. The Walters”.

She’s made a guest appearance in the talk-shows “Everyman’s Bacon”, “Made in Hollywood” and “Celebrity Page”, amongst others.

She was also nominated for a 1987 Young Artist Award for Exceptional Young Actress Starring in a Television Special or Movie of the Week, for her performance in “Crime of Innocence”, and a 1989 Young Artist Award for Best Young Actress in a Horror or Mystery Motion Picture, for “The Blob”. In 2007, Shawnee was nominated for a Scream Award for Most Vile Villain, for her performance in “Saw III”.

Shawnee’s been married twice, and has three children. She married her first husband, American photographer Jason Reposar in a private ceremony in 1998, attended by the closest of their friends and family members; Jason’s probably known best for having worked as a still photographer on the 2010 short fantasy sports movie “Ungu”, and the 2015 documentary film “Heavy Water”.

Shawnee gave birth to their daughter Verve in 1999, but she and Jason divorced in 2003.

She married her second husband, American musician Christopher ‘Kai’ Mattoon in 2005, and gave birth to their son Jackson on 12 December of the same year, but divorced in 2006.

Shawnee gave birth to her second son in March 2010, but the name of the boy’s father hasn’t been disclosed.

She hasn’t mentioned other men whom she’s perhaps dated, and Shawnee appears to be single as of September 2022, has been married twice and has three children.

Shawnee’s been physically highly active since her teenage years, and has entered numerous triathlons; she works out multiple times every week, and runs nearly every morning.

Shawnee’s revealed that she hates horror movies, even though she’s had roles in many, and that she hasn’t watched the horror films in which she’s appeared.

Her favorite actresses are the late Ingrid Bergman, and Nicole Kidman, while some of her favorite movies include “Gaslight”, “Anastasia” and “Casablanca”.

Shawnee’s net worth’s been estimated at over $3 million, as of September 2022.