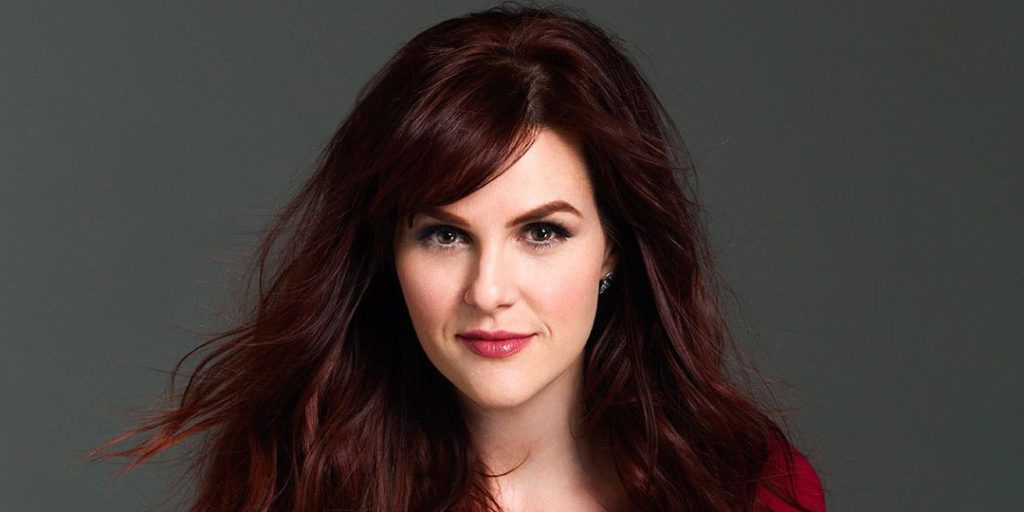 Who is Sara Rue?

Sara Forbes Schlackman, better known as Sara Rue, was born on 26 January 1979 under the zodiac sign of Aquarius, in New York City USA. She is a 43-year-old actress and producer, probably best recognized for landing the role of Carmen Ferrara in The WB’s comedy-drama series “Popular” (1999-2001), playing Claude Casey in the ABC sitcom “Less Than Perfect” (2002-2006), and featuring as Olivia Caliban in the Netflix black comedy-drama series “A Series Of Unfortunate Events” (2018).

How rich is she, as of now? Sara Rue Net Worth

As of mid-2022, Sara Rue’s net worth is estimated at over $1 million, acquired through her successful involvement in the world of entertainment.

She has worked on more than 65 television and film acting credits since she launched her career in the late 1980s.

Sara Rue spent her early years in her hometown of New York City, where she was raised by her father, Marc Schlackman, who worked as a stage manager, and her mother, Joan Schlackman (nee Rue), who was a municipal worker and former actress; she has a younger sister, named Leah Schlackman. Sara holds American nationality, belongs to White Caucasian ethnic group, and is Jewish. Regarding her education, Sara hasn’t shared any details about it with the public.

Sara Rue launched her professional acting career in 1988, when she made her debut feature film appearance as Jessica Hanson, the daughter of Kevin Spacey’s character, in the drama film “Rocket Gibraltar”, which was followed by her TV debut as Edda Pasetti in the NBC sitcom “Grand” in 1990. Two years later, she played Megan Scanlan in the comedy film “Passed Away”, after which she was cast in the recurring role of Monica in 14 episodes of the ABC sitcom “Phenom” from 1993 to 1994. Then in the following year, she featured as Jacquelyn in the made-for-TV comedy film “Family Reunion: A Relative Nightmare” in 1995.

Sara Rue’s breakthrough came when she joined the main cast of the NBC / UPN sitcom “Minor Adjustments”, in which she starred as Darby Gladstone from 1995 until it was canceled after a single season in 1996, but later that year, she played Kimberly Jones in the  CBS drama film “For My Daughter’s Honor”, which was followed by her portrayal of Earth Girl in the 1998 teen romantic comedy film “Can’t Hardly Wait”, alongside Ethan Embry, Jennifer Love Hewitt and Lauren Ambrose.

Afterwards, she landed the supporting roles of Melanie in the CBS sitcom “The Simple Life” (1998) and Breeny Kennedy in The WB’s sitcom “Zoe, Duncan, Jack And Jane” (1999).

Her next major role came the same year, when she was chosen to play Carmen Ferrara in The WB’s teen comedy-drama series “Popular”, co-starring Leslie Bibb and Carly Pope, through to 2001. Following the end of the series, she went on to portray Martha in the Academy Award-winning romantic war drama film “Pearl Harbor”, alongside Ben Affleck, Kate Beckinsale and Josh Hartnett. It was also a huge commercial success, since it grossed nearly $450 million worldwide.

From 2002 to 2006, Sara Rue booked the lead role of Claude Casey in the ABC sitcom “Less Than Perfect”, created by Terri Minsky, and also starring Sherri Shepherd, Andrea Parker, and Zachary Levi. Concurrently, she played Amanda McCafferty in three episodes of the Lifetime police procedural drama series “The Division” (2002-2003), and featured as Charlotte Lewis in the comedy film “Danny Roane: First Time Director” (2006).

Two years later, she landed the parts of Tory in the comedy film “Man Maid” and Courtney in the made-for-TV horror-thriller film “Nightmare At The End Of The Hall”. Also in 2008, she took the supporting role of Dr Stephanie Barnett in the Emmy Award-nominated CBS sitcom “The Big Bang Theory”. It was followed by her appearances as Sarah ‘Doogs’ Doogins in the romantic drama film “Not Since You” (2009) and Penny Higgins in the ABC fantasy comedy-drama series “Eastwick” (2009-2010), which is based on John Updike’s novel “The Witches Of Eastwick”. In 2010, she featured as Candy in the comedy film “For Christ’s Sake”, directed by Jackson Douglas.

Sara Rue’s next significant appearance was in the highly popular CBS sitcom “Rules Of Engagement”, in which she played Brenda in 12 episodes from 2010 to 2013.

While working on the series, she also portrayed Elizabeth Barrett in the made-for-TV romantic comedy film “My Future Boyfriend”, aired on ABC Family in 2011, and the same year, she also featured as Deb Dorfman in Brad Leong’s romantic comedy film “Dorfman In Love”. Thereafter, she starred in the main role of Kim Sallinger in the ABC sitcom “Malibu Country” (2012-2013), alongside Reba, Justin Prentice and Juliette Angelo.

Consistently in demand, Sara next featured as Sam in the romantic comedy film “Miss Dial” in 2013, then from 2014 through 2016, she landed the recurring role of Candace Hayes in the CBS sitcom “Mom”, co-starring Anna Faris and Allison Janney, and meantime in 2015, she played Beth in the horror-thriller film “Dark Intentions”, written and directed by Chris Sivertson.

Sara also had the lead part of Dora Winston in the TV Land sitcom “Impastor” from 2015 to 2016, and side by side with that, she portrayed Karen Delfs in the popular Fox crime procedural comedy-drama series “Bones” (2015-2017), and Jo in the made-for-TV romantic comedy film “All Anything Or Love” (2016), opposite Steve Bacic.

From 2017 to 2020, Sara Rue appeared as Nancy Granville in six episodes of the ABC sitcom “American Housewife”, alongside Katy Mixon, Diedrich Bader and Johnny Sequoyah. In 2018, she landed the role of Olivia Caliban in the Netflix black comedy-drama series “A Series Of Unfortunate Events”, in which she shared the screen with Neil Patrick Harris and Patrick Warburton. She then featured as Nell Forester in the ABC police procedural crime drama series “The Rookie” from 2018 to 2022, and concurrently played Vikki George in the Hallmark romantic film “The Love Blossom” (2019), for which she was also an executive producer. Most recently, she featured as Deb in the comedy-drama film “Film Fest” (2020), and took the main part of Julia in the CBS sitcom “B Positive” from 2020 to 2021.

Sara tied the knot with famous filmmaker Mischa Livingston on 27 October 2001; however, their marriage didn’t last long, since they divorced six years later. She went on to marry teacher Kevin Price in a traditional Jewish wedding ceremony that took place at Bel-Air Bay Club in Los Angeles on 21 May 2011, and gave birth to their first child, a daughter named Talulah Rue Price, on 9 February 2013. The couple later adopted their second daughter named Adelaide Rue Price in October 2016.

She’s also an avid lover of vintage guitars, since she collects and plays them.